Emmerdale has seen villains come and go but in recent months an unlikely character has revealed their true colours.  Arthur Thomas (played by Alfie Clarke) is a trouble soul, having lost him father, Ashley Thomas (Josh Middleton) in utterly tragically circumstances, he is now embroiled in a bullying and abuse storyline against Archie, Jai Sharma’s (Chris Bisson) son. Tonight, Arthur’s mother, Laurel Thomas (Charlotte Bellamy) aired concerns about Arthur’s worrying behaviour to best friend Nicola King (Nicola Wheeler). But did she drop a clue about how she is going to find out about the sinister acts Arthur is committing?

After arranging the bloom, she stood back and had a quiet word with her husband, asking him for guidance.

“I know I said I wouldn’t do this anymore – not the flowers they’re lovely, this talking out loud thing,” she explained.

“Well, we’re going to have a full house at Christmas, Jai and Archie are coming and all the family, it’s going to be different! 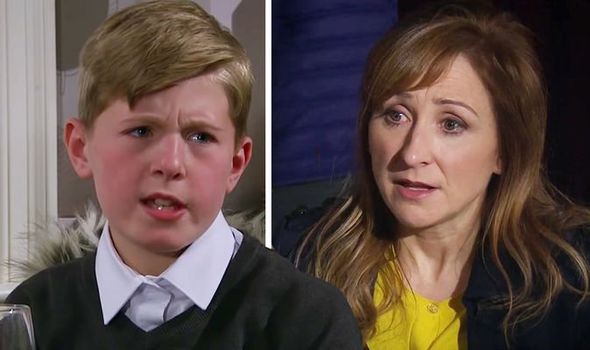 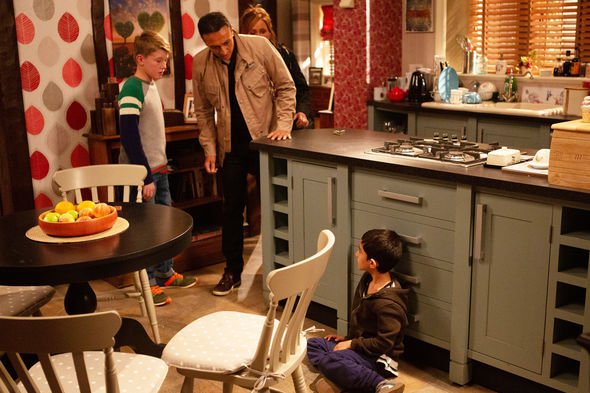 “We’re looking forward to it. When I say we, I’m really worried about Arthur.

“I wish you could just tell me what to say, if you were here you’d know exactly what to do.”

Feeling as if someone was watching her, Laurel looked up and saw Nicola across the graveyard.

In the next scene, the two ladies sat down with one another and Laurel expressed her worries. 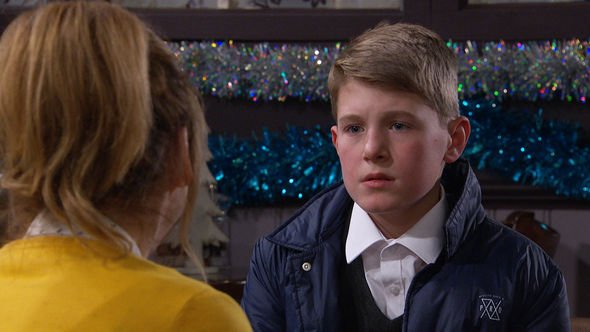 “I’m struggling though, I’m really worried about him [Arthur],” she confided in her friend.

“He’s not been himself and he’s not reacted well the Jai and Archie coming for Christmas day,” she added angrily.

Analysing the situation, Nicola suggested: “Christmas can be a difficult time and he still misses his dad.”

“Yes, course,” Laurel replied. “The strange thing is, he [Arthur] got on really well with [Jai] when he first met him. 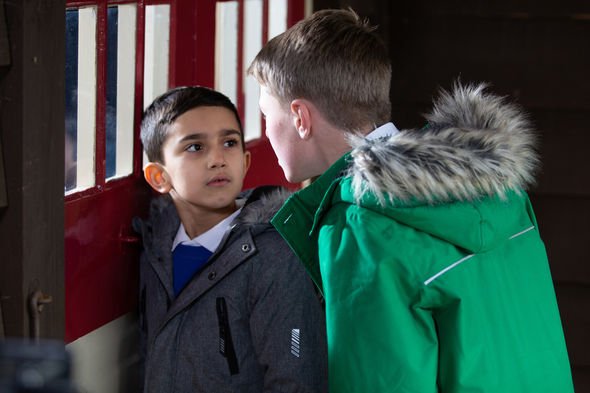 “Is it so bad that I just want a nice Christmas together? We can’t live in the past can we, however much we want to, it’s not healthy.”

Following their heart to heart, Nicola and Laurel arranged to get all the children and spouses together to decorate the Thomas’ Christmas tree like they did in previous years.

However, disaster struck when Archie arrived late and broke Arthur’s previous ornament he made with his father.

Among the raucous, Laurel could be seen with a troubled look on her face, combining Arthur’s outburst with her former thoughts, is Laurel one step away from realising it was her son who was hurting Archie?

Elsewhere in the village, there is a chance Noah Tate (Jack Downham) is in danger.

And scenes have showed the newcomer encourage Sarah to take drugs, but will Noah find himself embroiled in the drama when he tries to save his family member?