Charity Dingle (played by Emma Atkins) has alienated the entire Dingle clan in Emmerdale including son Noah Dingle (Jack Downham) and daughter Debbie Dingle (Charley Webb). Meanwhile, Al Chapman (Michael Wildman) is desperately trying to convince Kim Tate (Claire King) he was framed by Debbie and Priya Sharma (Fiona Wade) for fraud. However, when Al manipulates a drunken Charity into spilling her daughter’s secrets, the night ends with the Dingle mum inviting the businessman to bed. Will she be forced to tell Debbie she’s pregnant with Al’s child?

In upcoming scenes, Charity heads on a run with Noah but is horrified when she sees him bent over in pain.

The youngster is worried he’ll fail his army medical and is furious when his mum calls over Meena Sharma (Paige Sandhu) to check him over.

Noah asks Samson Dingle (Sam Hall) if he’ll give him a urine sample but Charity scuppers his plans when she discovers what he’s done.

The Dingle matriarch calls the army assessment centre and tells the truth leading to her son confronting her outside The Woolpack. 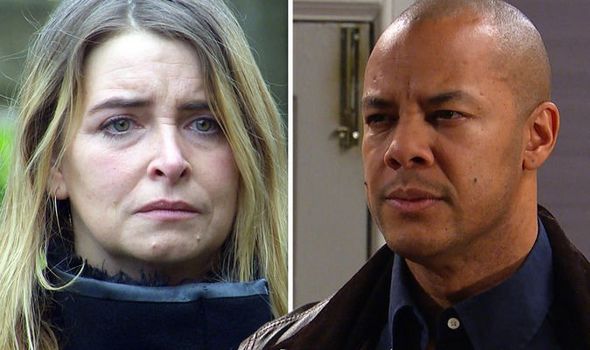 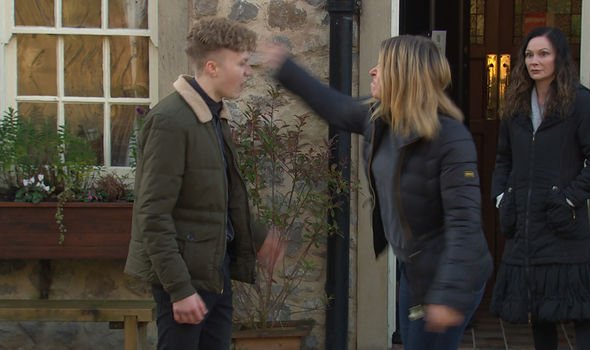 Noah hits out and tells his mum he would have been better off if she had never been apart of his life.

Charity rises to the bait and slaps her son before sloping off and getting drunk on a park bench.

Speaking to Express.co.uk, Emma explains how her actions lead to her making a huge mistake with Al that could lead to severing ties with her family for good.

Emma revealed: “She’s sat in the park drinking because she’s had a huge fallout with Noah outside the pub. 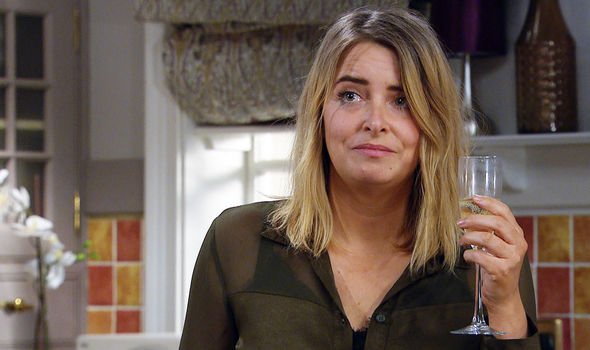 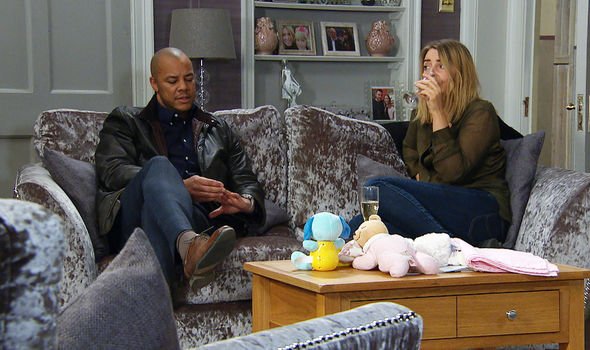 “The family witness her slapping Noah across the cheek and it’s just painful and awkward and uncomfortable for everyone and the family just say they’ve had enough really and so she goes to the park with alcohol and drowns her sorrows.

“Al’s in his own bubble of hell with Kim and needs a quick way to show Kim that he wasn’t fully to blame for the fraud and quickly works out a plan that he can be Charity’s confident in a very random fashion.

“But because she’s drinking she doesn’t really understand that it’s a ploy and he needs information so she just starts to be loose-tongued and before she knows it she’s given valuable information away to the wrong person.”

Al’s determined to make the most of Charity’s situation after Kim tells him she plans to go to the police unless she gets her money back.

Emma continued: “[Al tells her] ‘Debbie always said there were issues with you too.’ And obviously, that immediately sparks Charity’s interest, she’s hooked in and she says,’ Well what else did Debbie say about me?’

“She starts to feel resentful and so she’s reeled in by Al and decides that Al could also give her information – what else can you tell me about what my daughter thinks about me?

“Now she knows the whole family have segregated themselves from her. I think she’s is self destruct at this point.”

Charity ends up revealing key information to Al about Debbie and Priya’s plan but Emma confessed the matriarch has no idea what the smooth talker is up to.

“He’s extremely clever she has no idea,” Emma said. “At this point, she just thinks he’s as sad and lonely as she is so why don’t they just be sort of bitter and twisted together it’s quite an unpleasant rapport really that they’ve got.

“But there’s a bit of chemistry there as well because they’re both good at playing that game. I think she’s searching a twin flame that doesn’t really exist Vanessa was that person and she’s just not in a good place.”

Charity suggests to Al that they go upstairs and spend the night together and Al goes along with it determined to make Debbie pay.

“At the end of the episode she throws herself at him and he says ‘Are you sure?’ and then it’s a sort of cliff edge,” Emma added.

“Whether she sleeps with him or not the fact that she’s put it out there is going to create so many repercussions with her relationship with Debbie, Noah.

“When they all find out that she’s thrown herself out Al it’s just more reason for the family to pull away and say, ‘You’re on your own permanently because all you do is sort of invite trouble into your life and we don’t want to be a part of that anymore.’

“And everyone always makes excuses for as well and they’re sick of doing that.

“Chas makes a great standpoint in the pub she says ‘We’re all sick of it we’re sick of helping you when you don’t really deserve it anymore’ so I think she’s truly on our own and it’s probably the loneliest time of her life.”

The Dingle mum has found herself at a point where everyone she loves has turned against her but her woes could get even worse if she discovered she was pregnant with Al’s baby.

Emmerdale star Emma teased their night together will have “huge repercussions” and Debbie will “undoubtedly find out”.

Will Charity be forced to admit to her daughter that she’s fallen pregnant with her ex-boyfriend’s baby?