DI Malone (played by Mark Womack) has made quite a few enemies since he arrived in Emmerdale village earlier this year, whilst also using his charm to win over former colleague Harriet Finch (Katherine Dow Blyton). The only person who seems capable of bringing down the villain is innocent bystander Dawn Taylor (Olivia Bromley), who only discovered during this week’s episodes of the ITV soap the vicar was cheating on her father, Will Taylor (Dean Andrews). Upcoming scenes will see her go head-to-head with the corrupt police officer after reporting him to the authorities, which looks set to be a decision she will live to regret. However, could there be a moment of passion between the two characters before one of them ends up dead?

Next week, the villain will turn up at the Taylor household with a gun as he wants to know why Dawn reported him.

Trying to weaken her defences, Malone tells the mother-of-one her whistleblowing attempts have failed.

Wanting to make her suffer, the corrupt officer then entices her with some heroin, encouraging her to take it, no matter the consequences.

As things get heated between the pair, it’s clear they’re both strong-headed and neither is willing to let the other manipulate them.

With the pair being so similar in some respects, soap star Mark, 59, has suggested his character could have a soft spot for his nemesis. 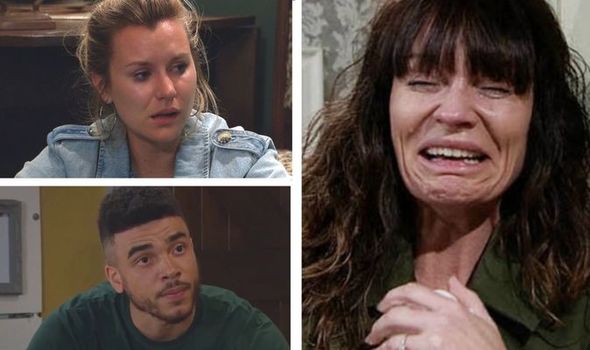 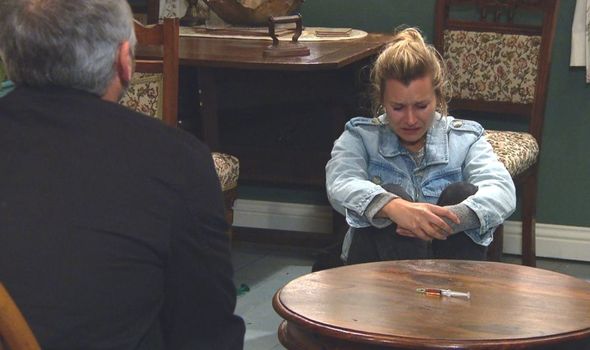 Speaking with Express.co.uk and other press, the actor said: “I think in a different world he’d quite like Dawn.

“I think he’d think she was probably quite ballsy and I think at one point he says to her, ‘I like you, there’s something about you I like’, but that relationship is never really given a chance to form.

“But what he hates is when people betray him and I think even though he hasn’t got a relationship with Dawn, in his head if somebody betrays you especially in the way she does it and she compromises everything, then that to him is completely unforgivable.”

Although something between them isn’t explored in-depth, could the two unlikely characters give into a spark despite the villain’s attempts to kill Dawn? 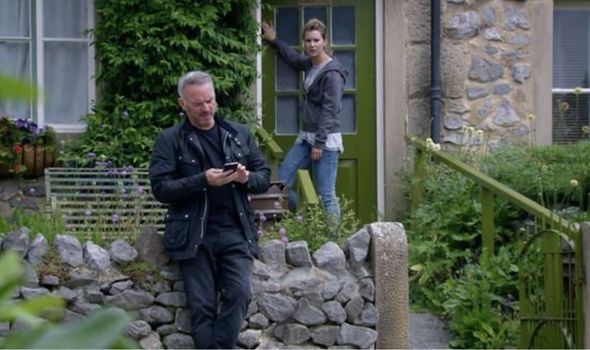 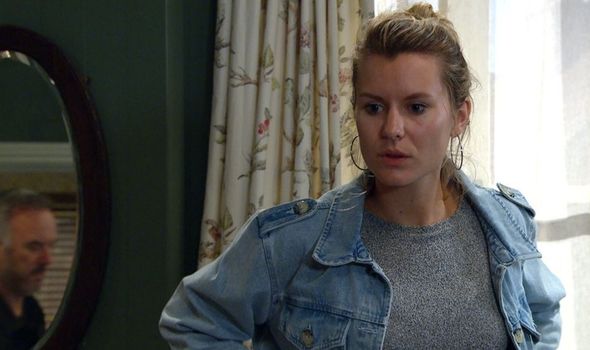 That relationship is never really given a chance to form.

From an alternative angle, the mother-of-one could use the spark to her advantage, distracting him until someone is able to help her.

Viewers will see a mystery character burst into the house at the moment it seems Dawn has got no willpower left.

By the end of the episode, it will be Malone’s cold and lifeless body which is seen sprawled on the floor, but is he dead?

If not, he could try and turn the tables on Will’s daughter for trying to trick him into sleeping with her as a diversion.

There is certainly fear from Dawn’s side she could be killed as actress Olivia has also teased the end could be near for her character.

The soap star said: “I think at the start of her dealings with Malone, she feels she’s being threatened.

“But I don’t think she realises how much of a psychopath and how brutal he is until she’s faced with the heroin.

“He’s actually bringing up her past in such a manipulative way and then I think she realises the real danger.”

Whether Malone would feel remorseful if Dawn were to die at his hands, Mark added: “I think he would definitely feel some kind of remorse because he says, ‘I really wish I didn’t have to do this’, and I really think that’s true.

“But he knows she’s a problem because she is strong and he’s not going to be able to manipulate like he can everyone else.

“I do think there would be some deep, inner regret but I think he would get over that quite quickly.”

With so much uncertainty, which character will live to fight another day and go on to hide a deadly secret?