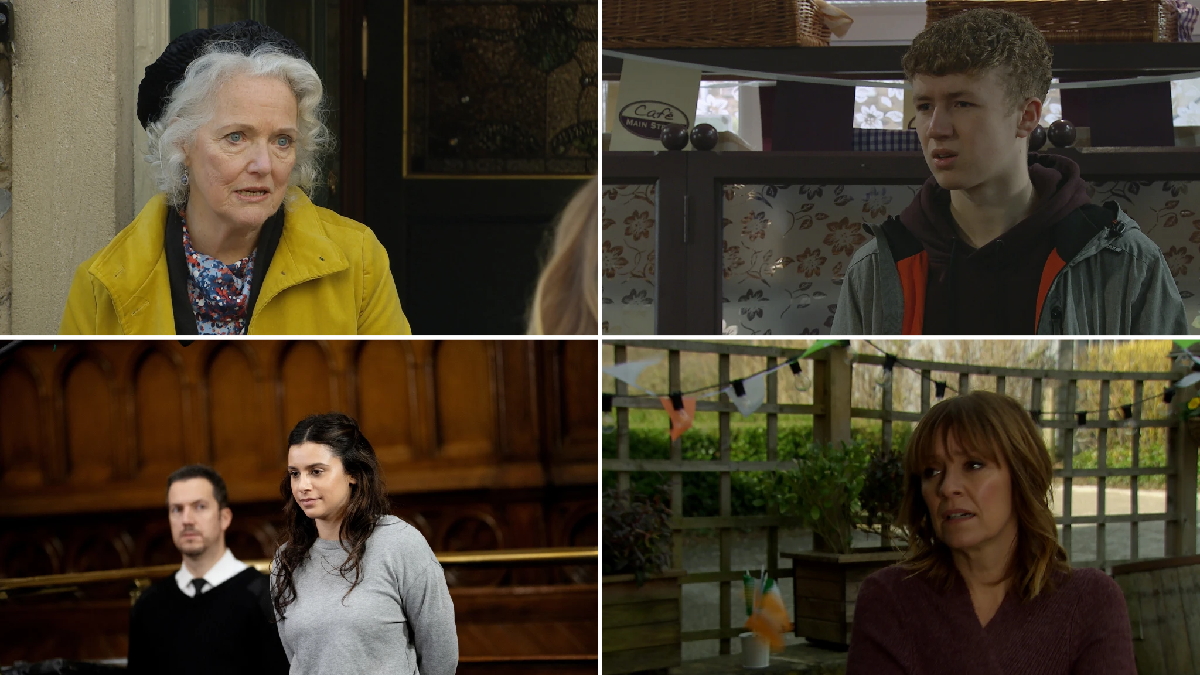 Dawn Taylor (Olivia Bromley) may have just survived death at the hands of killer Meena Jutla (Paige Sandhu) in Emmerdale but already she is staring danger in the face as she is forced into working with a drugs dealer.

And speaking of Meena, it’s her day in court as she enters her plea and she stuns as she says the word ‘guilty’. But has she got another trick up her sleeve?

You bet, this is Meena we’re talking about!

Noah flirts with an over-enamoured Amelia for Chloe’s benefit, but is left frustrated when Chloe turns her attention to Jacob.

Billy broaches the subject of adopting Lucas with Dawn.

Although Dawn is thrilled by Billy’s commitment to her son, she’s nervous about the inevitable interaction with Lucas’s biological dad Alex.

Dawn’s worries are realised when Alex demands that she deal drugs for him in order to pay off his debts, in return for consenting to Lucas’s adoption.

Samson’s crush on Amelia deepens. Noah plans to use Amelia to make Chloe jealous and enlists disapproving Samson to keep Cathy busy while he does so.

However, when the truth of what he is up to soon comes out, Amelia is heartbroken.

With the walls closing in around her, Dawn makes one final call before accompanying Alex.

Trapped, Dawn realises that her task may be more dangerous than she originally thought when she meets Alex’s dealer.

Just as the meeting concludes, the trio are interrupted by a police car and we later see Dawn being guided into the back of it.

Manpreet puts on a brave face while a vulnerable Amelia reluctantly tells her concerned family about her encounter with Noah, but is left embarrassed when Kerry intervenes.

Anticipation builds for the plea hearing as the villagers prepare to face Meena in court.

Meena is perturbed by the meagre turn-out for her hearing, but does her best to unsettle what audience she has attracted.

To the court’s surprise, Meena pleads guilty to the first of her many charges, but what game is she playing? At the same time, Manpreet suffers a panic attack.

Marlon offers Billy some fatherly advice and Rhona kicks herself when she realises that she unwittingly convinced her mother Mary to stay longer in the village.

Ethan and Marcus get to know more about each other. Concern surrounding Manpreet grows after the hearing.

Meanwhile, Rhona and Mary experience a rare moment of tenderness