Emmerdale resident Graham Foster (played by Andrew Scarborough) will leave the village in a body bag this week when one of the six suspects will take their revenge. Speculation is rife as to who will be left with blood on their hands, but it seems Al Chapman (Michael Wildman) may have dropped a clue which suggests he is the killer.

In previous months, viewers have seen Al’s true colours shine through as the extent of his money troubles were slowly exposed.

Dodgy meetings with loan sharks in abandoned car parks, and then visits from thugs who threatened his life should repayments not be made.

And last week, Kim started to question his credibility when he made a fatal error. 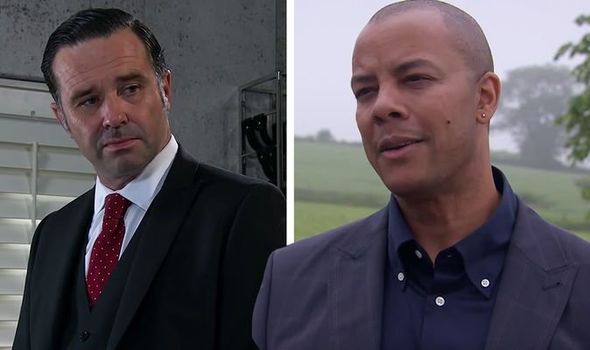 It came after Al was revealed as the person who set Jai Sharma (Chris Bisson) up for the issues with the zip wire after Kim was told the truth by her workmen.

“I would stress that there was absolutely no problem with what I did,” the worker explained.

“The equipment wasn’t fully set up, but Mr Sharma said it was just for show for the time being. I’ve got a very good reputation and I didn’t earn it by playing fast and loose with people’s safety, or by lying about it afterwards.”

Questioning her employee, the truth began to unravel when Al walked into the room. 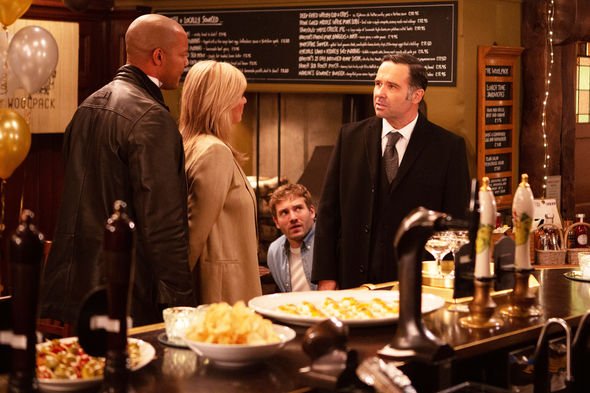 “You can ask him yourself, this is who signed off on it,” the worker stated referring to Al, but Kim was confused when she explained Al wasn’t “Mr Sharma”.

“This isn’t Mr Sharma? Well this is who signed off on it.”

Furious with being played, Kim wasted no time in confronting Al about his behaviour.

“Are you as well off as you had me believe? Because you made a decision I’d expect from a down at heel chancer,” the Home Farm owner probed. 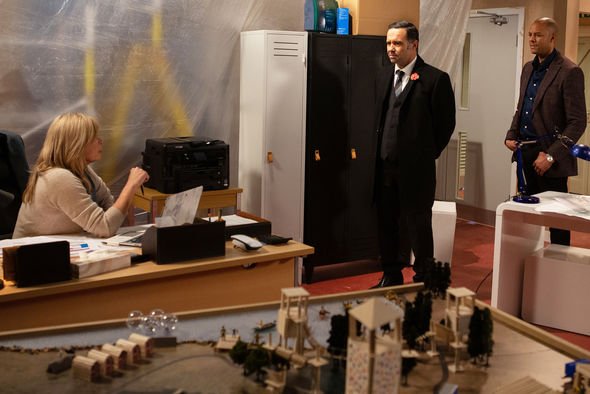 “Are you broke because I’m beginning to feel that you’re a liability. Perhaps I should get Graham onto this now?” she added.

Following this, viewers began to wonder whether Al’s financial situation would be his motive for killing Graham.

“Al is so dodgy! I think he might kill Graham and frame Jai for his murder!” someone wrote on Twitter.

Another added: “I’m hoping Al kills Graham in #Emmerdale, then we can get rid of the boring character.”

“I think Millie will kill Graham by accident when Jamie and Andrea are having an argument. Kim will find out and Al will take the rap for it,” one surmised.

“No Kim tate frames Al because Al steals her money too,” a fan added.

This week, the episodes will be a series of flashbacks, which will play out the events leading up to Graham’s death.

But who will emerge as the killer?