Graham Foster (played by Andrew Scarborough) arrived in Emmerdale back in 2017 as the legal guardian and father figure to Joe Tate (Ned Porteous). And the businessman soon found himself embroiled in Kim Tate’s (Claire King) drama, but in the past few weeks, it seems he has created his own.

It comes after the soap introduced Jamie Tate (Alexander Lincoln) and his wife Andrea Tate (Anna Nightingale), together with their daughter Millie to the village before the summer and they have subsequently settled into life at Home Farm.

Andrea’s background has only been briefly discussed but official spoilers have revealed how she will be dragged into a dark paternity storyline.

Last week Millie was knocked over by a horse and admitted to hospital to receive treatment.

In doing so, questions were asked about her date of birth and age which raised suspicions with Graham who overheard the conversation. 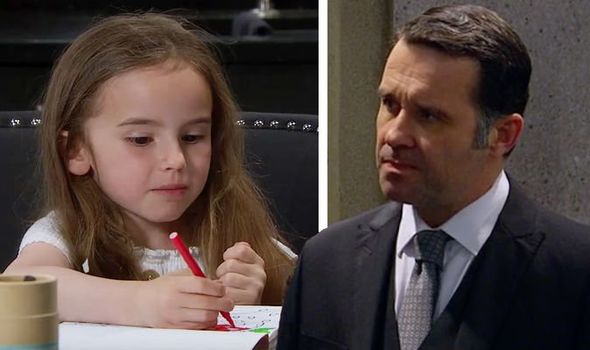 Viewers learnt how Graham and Andrea had spent the night together many years ago, which corresponds with nine months before Millie was born.

Whether or not he is the biological father, his chance of having custody of Millie could be hindered by several other factors.

Linda Lamb, Solicitor and Director at LSL Family Law said: “Courts will always prioritise the best interests of a child when considering who they should see and live with.

“With this in mind, being a biological relation to a child does not automatically mean that it is in the child’s best interests to see that person,” she added. 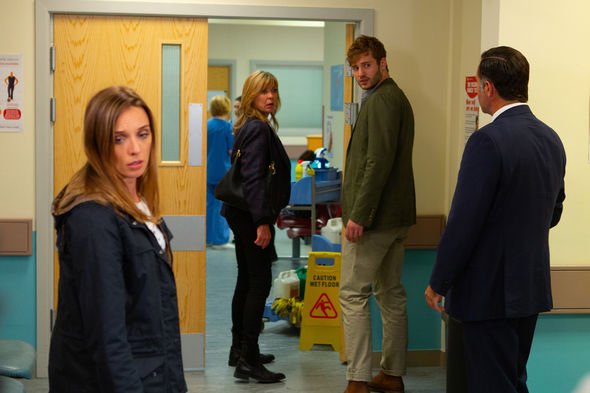 “The courts consider any issues concerning the welfare of a child when altering arrangements using the welfare checklist highlighted in the Children’s Act.

“These include the wishes and feelings of the child, their emotional, educational and physical needs, the impact of a change in circumstances on the child and any risks the child could be exposed to.”

With Millie being a mature young child, there is a chance she would be asked whether or not she would like Graham to be involved in her life.

Therefore, it may take months if not years before Graham is truly a present father to Millie especially if she is influenced by her mother. 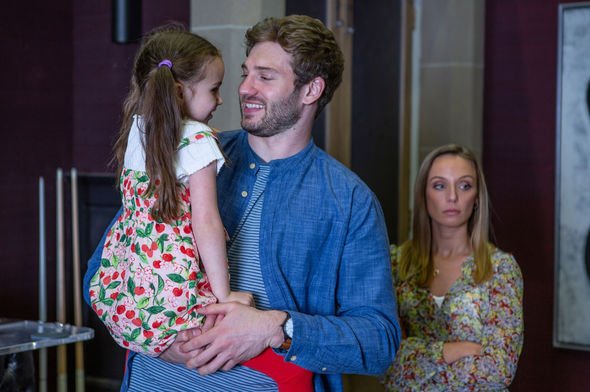 It comes after Linda also explained how Andrea will be forced to tell the truth should this situation escalate legally.

With Jamie currently in the dark about the whole paternity question, the mother-of-one would have to confess and cooperate with the courts wishes should Graham decide to seek legal advice.

Linda said: “It would give the message to Andrea that she cannot lie anymore.”

Whether or not Andrea would allow Graham to take their daughter away from her is another thing.

There is a strong possibility she could flee the village with Millie to spite Graham.

But what would she tell Jamie and more importantly what excuse would she give to Kim?

Elsewhere in the village, Victoria Sugden (Isabel Hodgins) was left panicking when she hadn’t felt her son kick in a while.

Deciding it was best to go to hospital and be checked over, she was given the all clear when she felt him moving.

Hungry and on the hunt for snacks, the Woolpack chef ran into Luke and it wasn’t long before a flirty conversation commenced.

With a date on the cards, could Victoria’s chance of happiness be ruined when he finds out she is carrying a rapist’s child?