Cain learnt the news about Joe’s real fate during last night’s instalment of the ITV soap, with wife Moira Dingle (Natalie J Robb) telling her husband at the beginning of tonight’s hour-long edition of the village based drama they should tell the police about the latest development.

However, they were beaten to it when the police turned up at Moria’s farm to tell her and Cain they knew Joe was alive and the bad boy was no longer under investigation as he hadn’t committed a murder at all.

Although Cain was convinced he was still going down for the murder before the police arrived, he was relived to discover his ordeal was finally at an end, which was more than could be said for Graham who made a devastating phone call at Home Farm.

I can deal with Kim

Away from Kim’s (Claire King) prying ears, as Joe was using her offshore account to fund his life away from the village, Graham called the man he had come to see as a son, but detailed this would be the last correspondence they would have.

When Joe was first torn away from him when Graham supposedly deposed of the Home Farm socialite’s body after Cain’s attack on the young man, the shady character was left distraught as he realised he would not see Joe again.

Sitting down to speak with Joe, Graham told him: “The police have dropped the investigation,” with the young man seemingly in the know about Cain’s situation though he still was worried about Kim’s reaction to the news, with Graham telling him: “I can deal with Kim.”

Graham went on to woefully add: “You know this is it don’t you. We can’t speak again,” before bidding farewell to Joe and wishing him a “nice life,” going on to destroy the sim card to the phone after the call had finished.

However, he was soon interrupted by Kim, telling her she needed to put an end to her vendetta against her step-grandson, but she soon hit back telling Graham she would track Joe down which led to a shock outburst from the usually quiet character.

In a bitter remark, Kim said Joe would be dead by the end of the day, but the shady character had a card up his sleeve as he told his so-called boss he would contact her estranged son James to tell him about her plans. 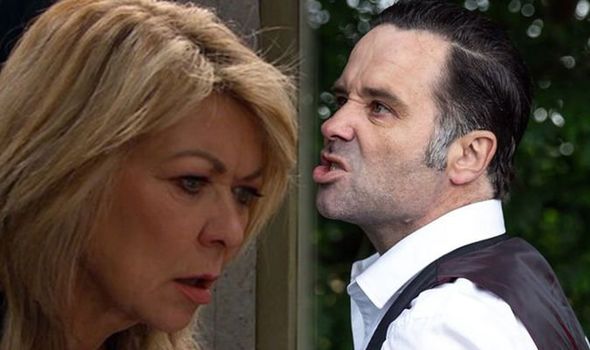 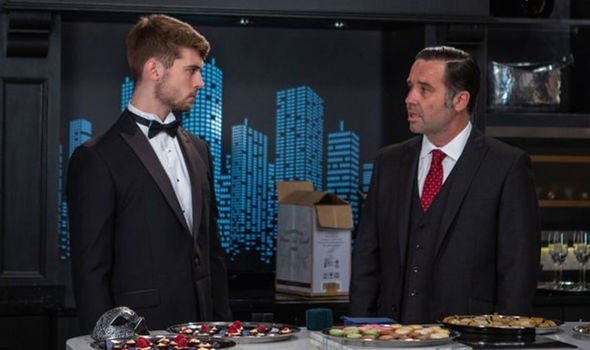 Desperate to speak with James, now going by the name Jamie, Kim pleaded with Graham to let her contact her son, but it wasn’t before the shady character struck a deal with Kim over guaranteeing the safety of Joe and telling her to leave Cain alone.

Promising to drop all her vendetta’s, Graham gave Kim the number to contact Jamie, telling her the last time he spoke with her son, he was training to be a vet.

Kim was sure she would finally speak to Jamie after years apart as she had been behind bars for several years, however, she had to resort to leaving a voicemail as her son didn’t pick up the phone.

However, later in the episode, Kim believed it was Graham who had told Jamie about her attempt to contact him and told him not to answer, though the shady character said it wasn’t his style.

Desperate to make contact with Jamie again, Kim tried to call her son again but the dial was cut off when the receiver told her the phone was no longer in use. 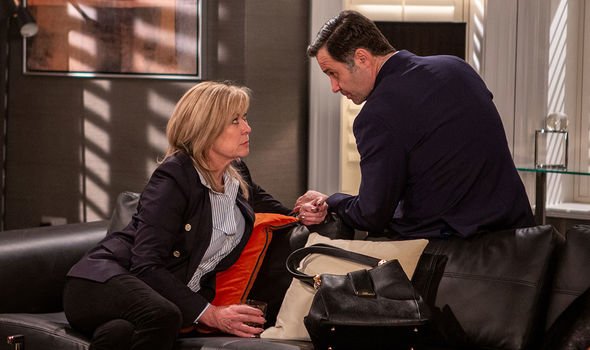 Although Graham stipulated he hadn’t contacted Jamie to warn him off his mother, could the shady character have fabricated the whole story to try and get Kim to leave Joe alone?

Worrying Kim would end up killing the man he saw as a son, Graham could continue to spin another web of lies if the whole situation with Jamie is fake.

However, could both Kim and Graham be taken aback if James makes a shock return to the village to confront his mother after years of being out of his life?

Elsewhere in the village, child abuser Maya Stepney (Louisa Clein) and her young victim Jacob Gallagher (Joe-Warren Plant) were almost caught in the act when David Metcalfe (Matthew Wolfenden) returned to the Dales after a trip away.

However, his returned was prompted by a call from his estranged wife Tracy Metcalfe (Amy Walsh) as she was concerned Maya was sick and couldn’t look after the teenager who was also sick, not realising it was all a cover for the pair to spend more time together.

With Maya seeping lies into Jacob’s ear about Tracy trying to worm her way into his private life, will Jacob turn against his former step-mother as the schoolteacher tries to gain grater control over the youngster?