Emmerdale’s Leyla Harding (played by Roxy Shahidi) and Liam Cavanagh (Jonny McPherson) have been sneaking around as they continue with their forbidden romance in secret, away from prying eyes. Following the collapse of his engagement to Bernice Blackstock (Samantha Giles), the two have been running around like lovesick teenagers, trying not to get caught by their children, Jacob Gallagher (Joe-Warren Plant) and Leanna Cavanagh (Mimi Slinger).

Fans will remember that Liam was left heartbroken after Bernice fled to Australia to be with her former partner Charlie, who had been hospitalised following a car crash.

Leaving immediately, she didn’t leave it long before she told Liam the devastating news that she wouldn’t be returning and that their engagement and relationship was over.

But the doctor wasn’t heartbroken for too long, as Leyla was there to pick up the pieces.

As they starred side by side in the village panto together, they grew ever closer but tiptoed around their feelings for each other for some time.

But now they’ve decided to give it a go, they’re keen to keep it on the down low. 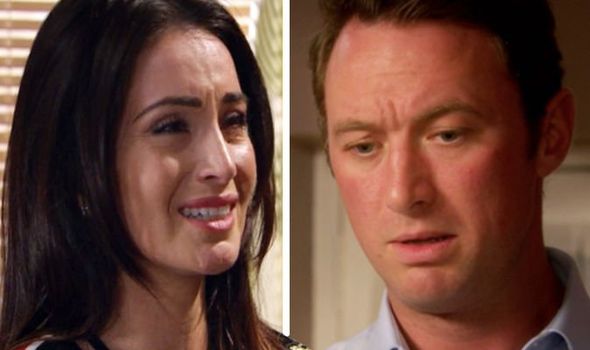 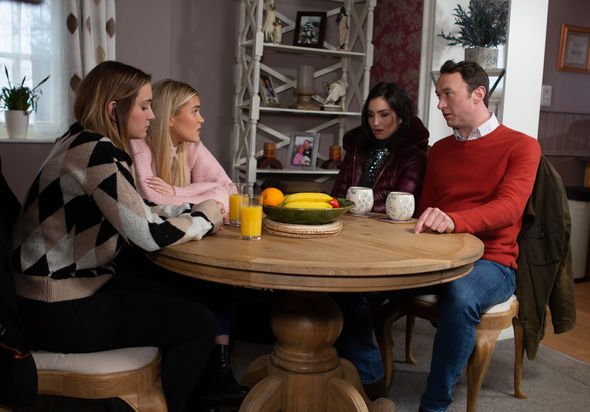 With Jacob and Leanna suspicious there’s something going on, they’re about to find out the truth about their parents’ secrecy and dodgy behaviour.

Tonight, Liam and Leyla jump at the chance to have some sneaky alone time, by locking themselves in the salon.

But just as they’re about to get down to it, their flirtatious romp is disturbed by Gabby Thomas (Rosie Bentham) and Leanna, who are stunned to find the pair alone, with Leyla still holding the key to the locked front door.

Embarrassed, the two turn bright red and struggle to find a quick excuse to get them out of the awkward situation. 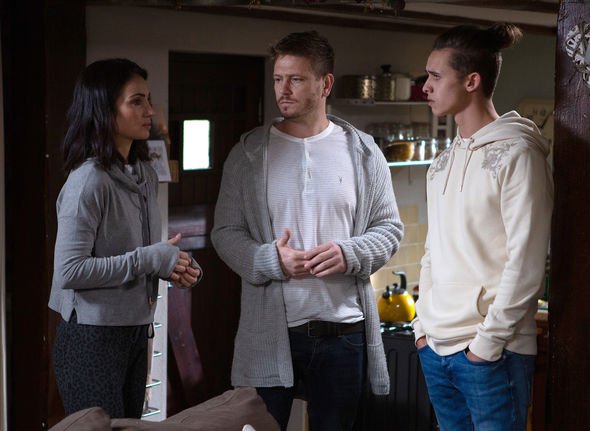 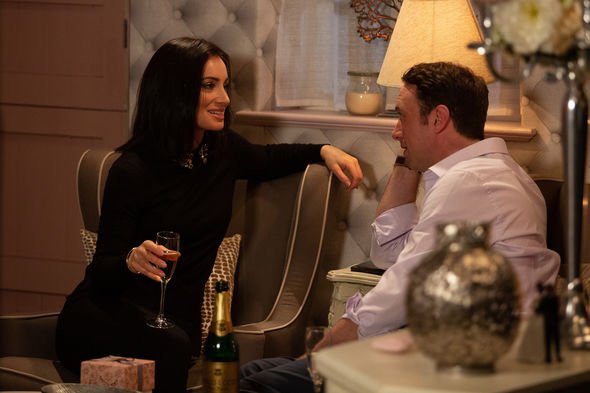 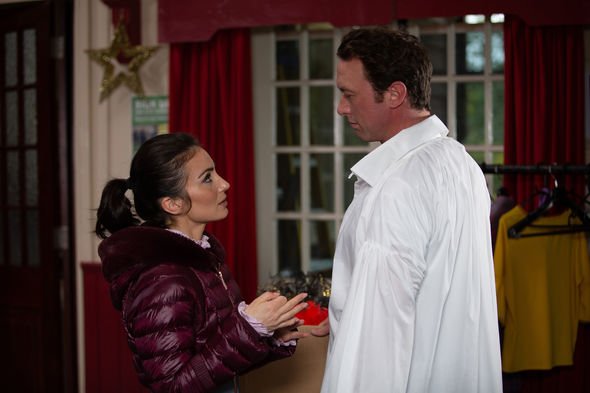 As Leanna grills her father about what he’s doing there, Leyla steps in: “Discussing the christening – your dad couldn’t decide which flowers to get.”

Gabby didn’t believe them and asked: “Why are you arranging flowers?”

“I just thought it would be a nice gesture,” he stuttered as Leanna snapped: “Why didn’t you just ask David, he sells them?”

Have the two forbidden love birds been sussed?

Is time up on their secret romance?

In next week’s episodes, the pair are caught again, but this time in a more risqué position as Jacob and David walk in on them as they’re about to take things to the next level.

After talking to Leanna and Gabby about what they saw, all three of them realise their fears have come true.

Annoyed they’re seeing one another, Liam and Leyla are forced to explain their relationship to the furious children.

But Leanna issues a chilling ultimatum, demanding Liam must choose between her and Leyla.

What will he do?

Elsewhere in the Dales, Marlon Dingle (Mark Charnock) could be set to take a little time away from the village following his terrifying arrest ordeal.

Having been recently released from jail for the murder of Graham Foster (Andrew Scarborough), he has been suffering greatly with anxiety.

Brenda Walker (Lesley Dunlop) suggests he use the Dingle’s campaign Free Marlon money to take a trip, away from the doom and gloom that seems to surround the Yorkshire village.

Will he decide to go?