But the day won’t go without a hitch and Jessie – played by Sandra Marvin in the ITV soap – almost calls the whole thing off when she becomes convinced the wedding is cursed. 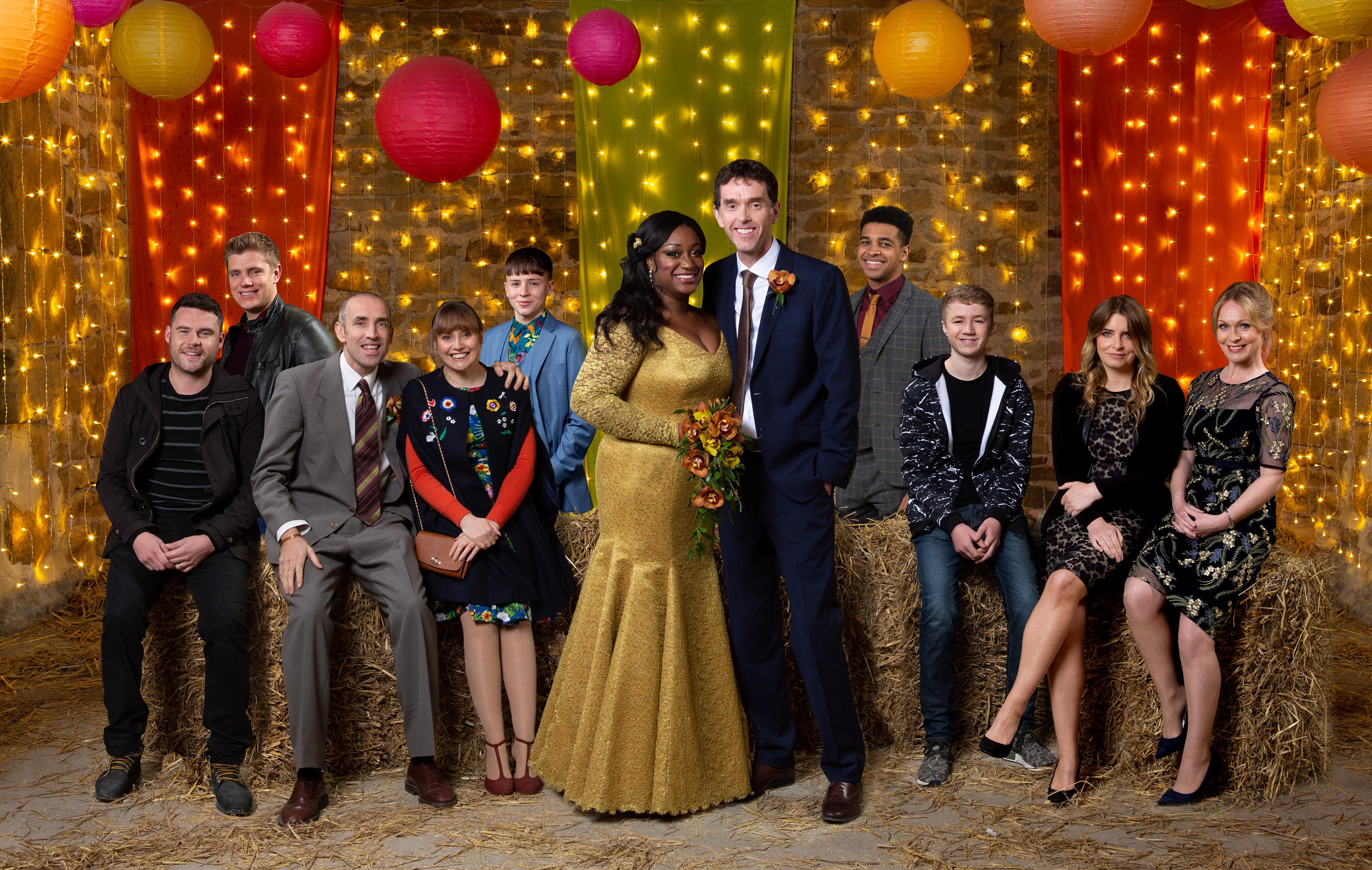 First of all the Hotten High head is distraught when she spots Dingle dog Monty tucking into the cake and wants to cancel.

She’s talked round by Belle Dingle and Lydia Hart and is touched when Marlon’s daughter April tells her that her son Ellis joining the family is the best thing ever.

Meanwhile, over in the Woolpack a tipsy Sam and Marlon Dingle get booted out by Charity when she catches them drinking from the taps. Classy!

The pair stagger around the village and spot a truck containing Charity’s booze delivery and decide it will be the perfect place for a snooze. 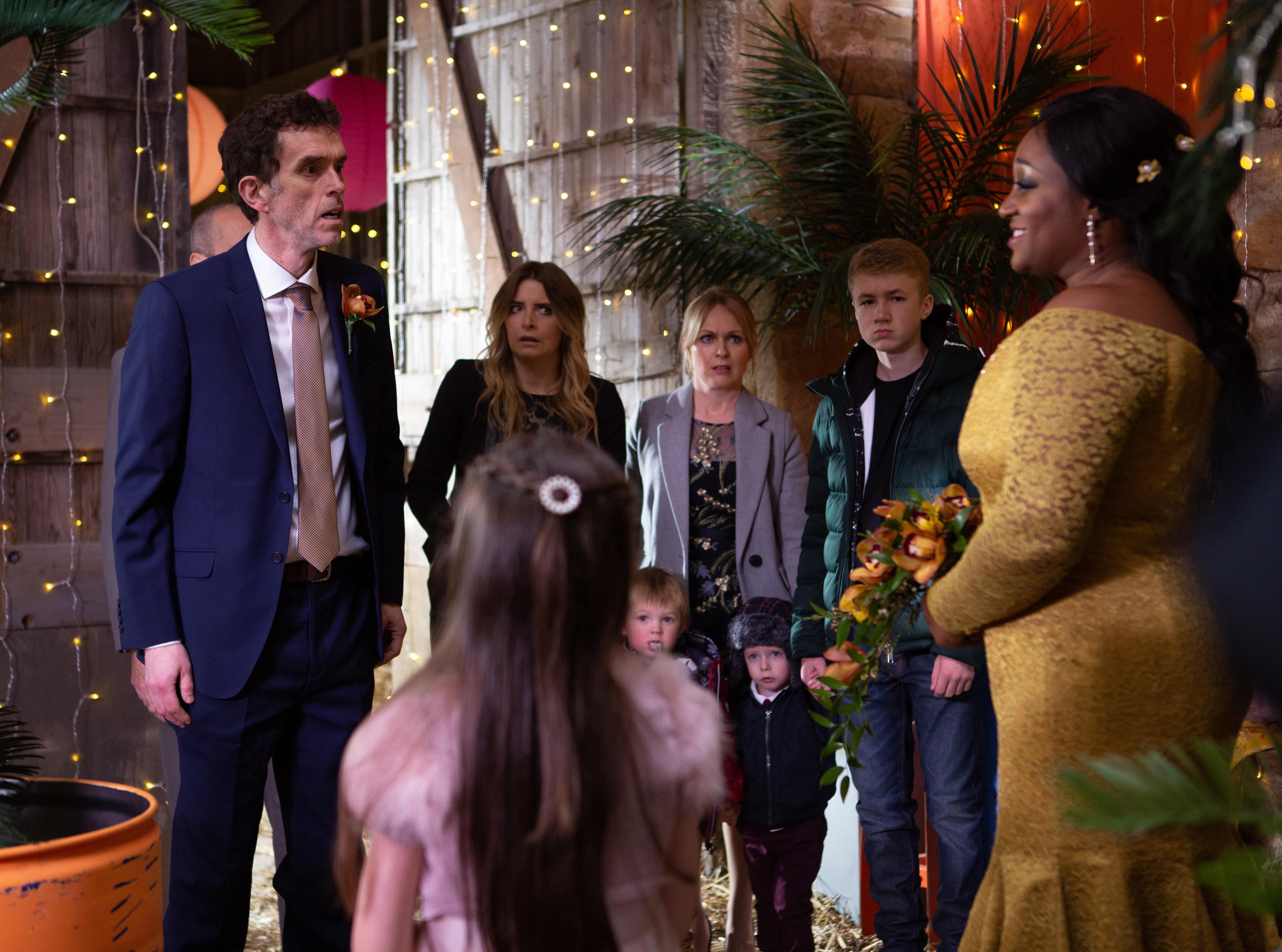 But they are shocked when they wake up on Christmas morning and find themselves in the back of the van in the middle of nowhere.

Sam finds it pretty funny but Marlon is horrified and tells him they need to get back to the village as soon as possible because Lydia is planning a surprise wedding to him.

Marlon – Mark Charnock – doesn’t realise it’s his actually his own wedding day and as the hungover pair make their way back to the village, Sam becomes super emotional at the thought of marrying Lydia.

Meanwhile, back in the village, Lydia is forced to admit that she doesn’t know where Sam and Marlon are and Jessie begins to despair again that the wedding isn’t going to plan.

Will the wedding go ahead when Marlon faints when he finds out it’s actually him who’s getting married?

And will poor Sam get over the fact it’s not him tying the knot?