Emmerdale resident Laurel Thomas (played by Charlotte Bellamy) has managed to get her relationship with Jai Sharma (Chris Bisson) back on track after a difficult few months earlier this year. And when the pair found out they were expectant parents, they were thrilled. However, ITV viewers know the pair will end their pregnancy when they find out the baby will be born with Down’s syndrome. But, this decision is met with hostility from Rhona (Zoe Henry) whose son Leo (Harvey Rogerson) lives with the condition – but will she be able to stick by her friend?

Laurel was left confused after believing she had a stomach bug until Jai started to question whether she could in fact be expecting.

When she was finally convinced to take a pregnancy test, she was delivered a huge shock.

And as the pair begin to process the idea of welcoming a child into their family, they’ll have some difficult complications to contend with next week.

In Monday night’s episode, the pair will go for their first scan but their bubble will soon be burst when the sonographer delivers some further news. 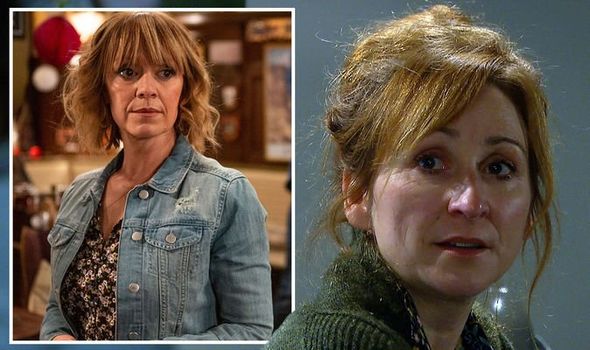 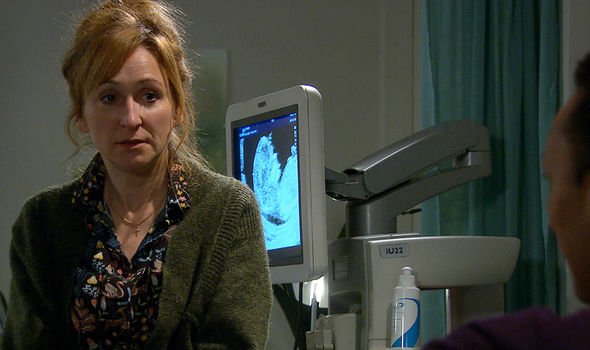 They are told it is likely their baby will have a type of chromosomal syndrome and are asked whether they would like to perform a further test to confirm this.

In episodes to come, the pair will have it confirmed their unborn child will have Down’s syndrome and they later make the difficult decision to terminate the pregnancy.

However, as things progress, Rhona will become involved closely with the duo’s predicament and will find it incredibly difficult when they make up their mind.

Speaking to Express.co.uk and other press, actress Charlotte Bellamy explained Rhona would struggle to process the news when she gets wind of what’s going on. 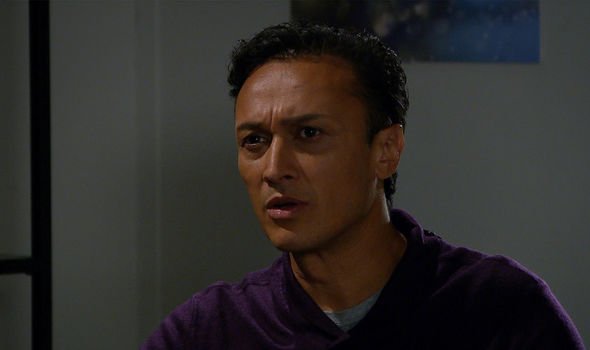 Of the storyline, Charlotte said: “It’s a huge team effort, and I’m very proud of what Emmerdale has achieved, I think it gives a really balanced view. It’s hard watching and it’s a very, very emotive subject,

“But also, you remember we’ve got Rhona’s side as well, you see that side with Leo who’s obviously nine-years-old now.

“He’s an established character and [you see] their reasons, so I feel it’s very balanced, yeah.”

Series Producer Laura Shaw also explained Rhona’s big part in the storyline and how the character will feel “anger” over her friend’s decision.

She said: “We’ve got some incredible scenes between Laurel and Rhona and it’s probably some of the most powerful scenes we have ever done, to be honest.

Going into more detail into Rhona’s part to play in the decision, Laura continued: “She’s furious with Laurel for putting this on her and she shouts at her and that they both have a cry and how they kind of navigate their way through this together is a huge part of the story.

“The issues that it raises for Rhona with how she feels about Leo, and how Laurel’s decision makes her feel, it’s something that we totally have to have to explore and that we do go through in a big way.”

The storyline has sparked some backlash with some fans of the soap and beyond who have asked the soap to reconsider the decision to air the events as they unfold.

Speaking out on this, Laura went on to explain how she first spoke to actor Harvey Rogerson’s mum.

On having to be mindful of the fact the storyline “could upset” viewers, Laura said: “Of course, and that was probably one of our biggest concerns going into this

“It is the reason why the first person that we spoke to before we spoke to anyone else before did any research or spoke to Chris or Charlotte was Alison Rogerson, who is Harvey’s mum who plays Leo in the show.

“We had some really long conversations with her and also with other parents to have children with Down’s syndrome as well, we needed to know that we were making the right decision here.

“The overwhelming response that we got back was that it was an important story to tell and that there was a point of us going ahead with it,” she concluded.