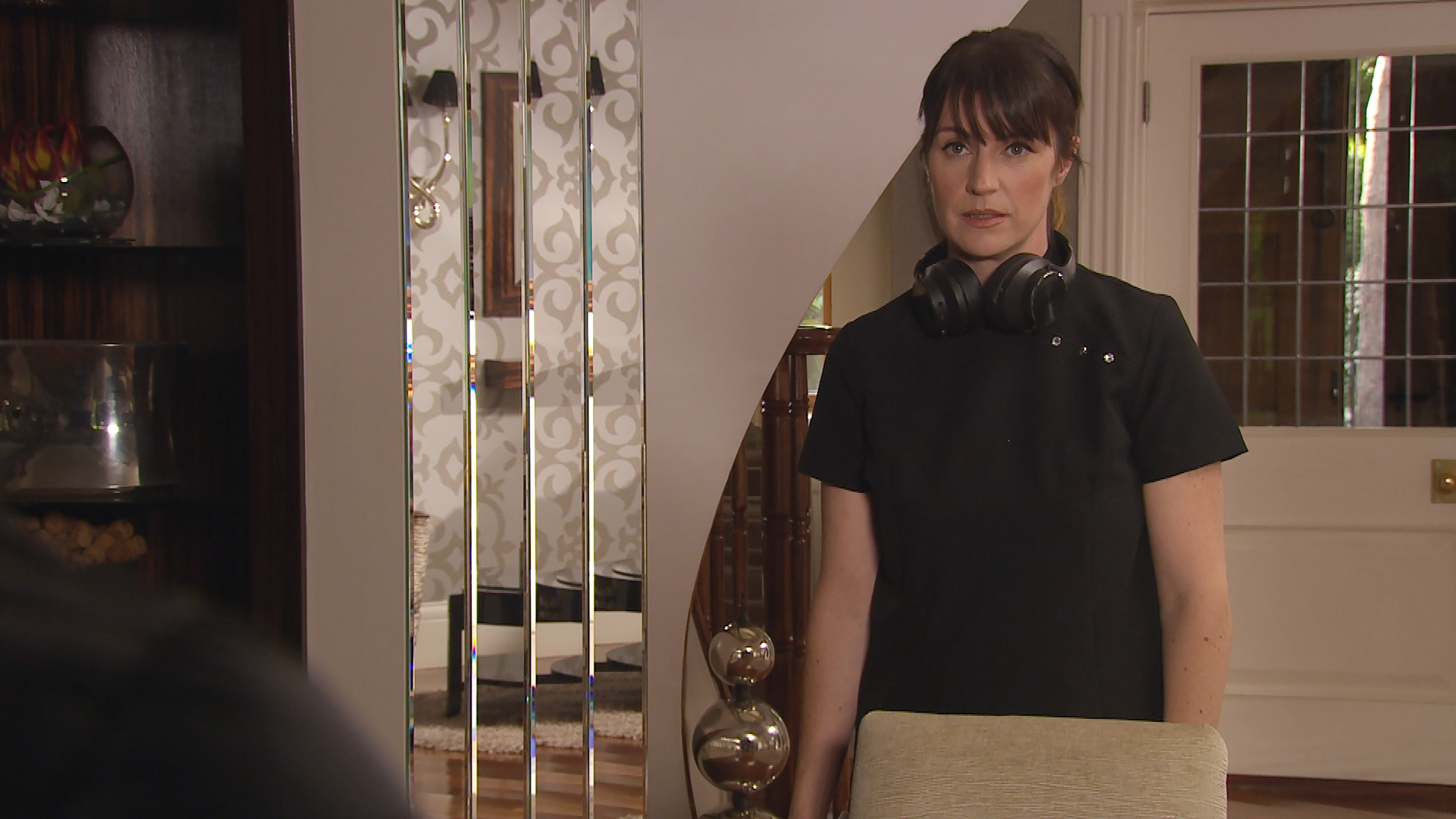 We don’t know a lot about Chloe except that she clearly lives a very wealthy lifestyle.

However, behind the wealth and fancy clothes is a dark secret as Chloe’s father is a dangerous criminal currently behind bars, and yet successfully controlling his daughter, keeping an eye on her every move.

How does Kerry involve herself in this world? She’s working as a cleaner at Chloe’s huge house, and Laura Norton has explained why her character’s new job could lead to trouble for her daughter Amy (Natalie Ann Jamieson).

‘It’s classic Kerry and Amy relationship, it’s complex and because she hasn’t been in touch very much, it’s unexpected – then there’s a whole load of baggage, because it’s Kerry. And there’s another young lady in the mix, there’s going to be jealousy, also sort of joy that she’s seeing in her mum in a different light who’s trying to look out and protect somebody. But it comes with a lot of conflicting emotions, because she wasn’t a very good mum to her, was she?’

Charity (Emma Atkins) and Mack (Lawrence Robb) will attempt to rob Chloe’s house, which leads to further problems for Kerry as Laura explains:

‘She took this job, and she’s kept her life and her close friends and family a secret – she doesn’t want this dangerous man [Chloe’s dad] to know anything about her life just in case. So, somebody she knows turning up there is the last thing she needed and wanted.

‘Amy doesn’t know where she is. And she’s not doing that to be sly, but to protect Amy. But obviously it could all go wrong if Charity says anything, and Amy tries to find her. It’s a scary moment for Kerry.’