EMMERDALE viewers are convinced evil paedo Maya Stepney has been killed and her body hidden in a suitcase by Leyla Harding.

Last week, Leyla was one of three women to chase down Maya in some woodland before brutally attacking her for grooming and abusing her son Jacob Gallagher. 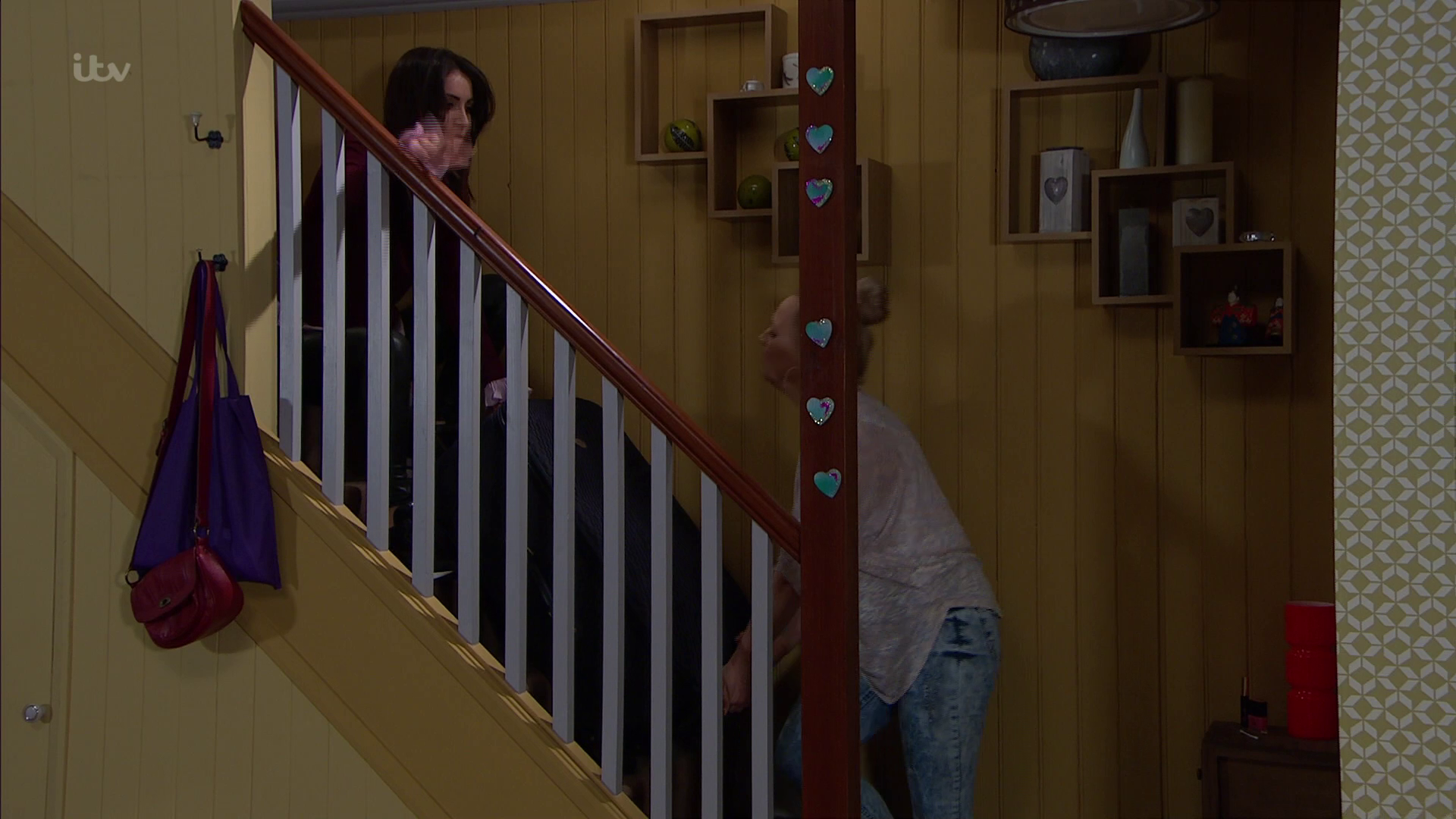 Maya hasn't been seen since, and in tonight's episode, Leyla and Tracey Metcalfe were seen acting suspiciously while moving an extremely heavy suitcase in their house.

As they heaved it down the stairs, Tracey said: "I think we've put too much of her stuff in here."

"So she's packed for every eventuality." 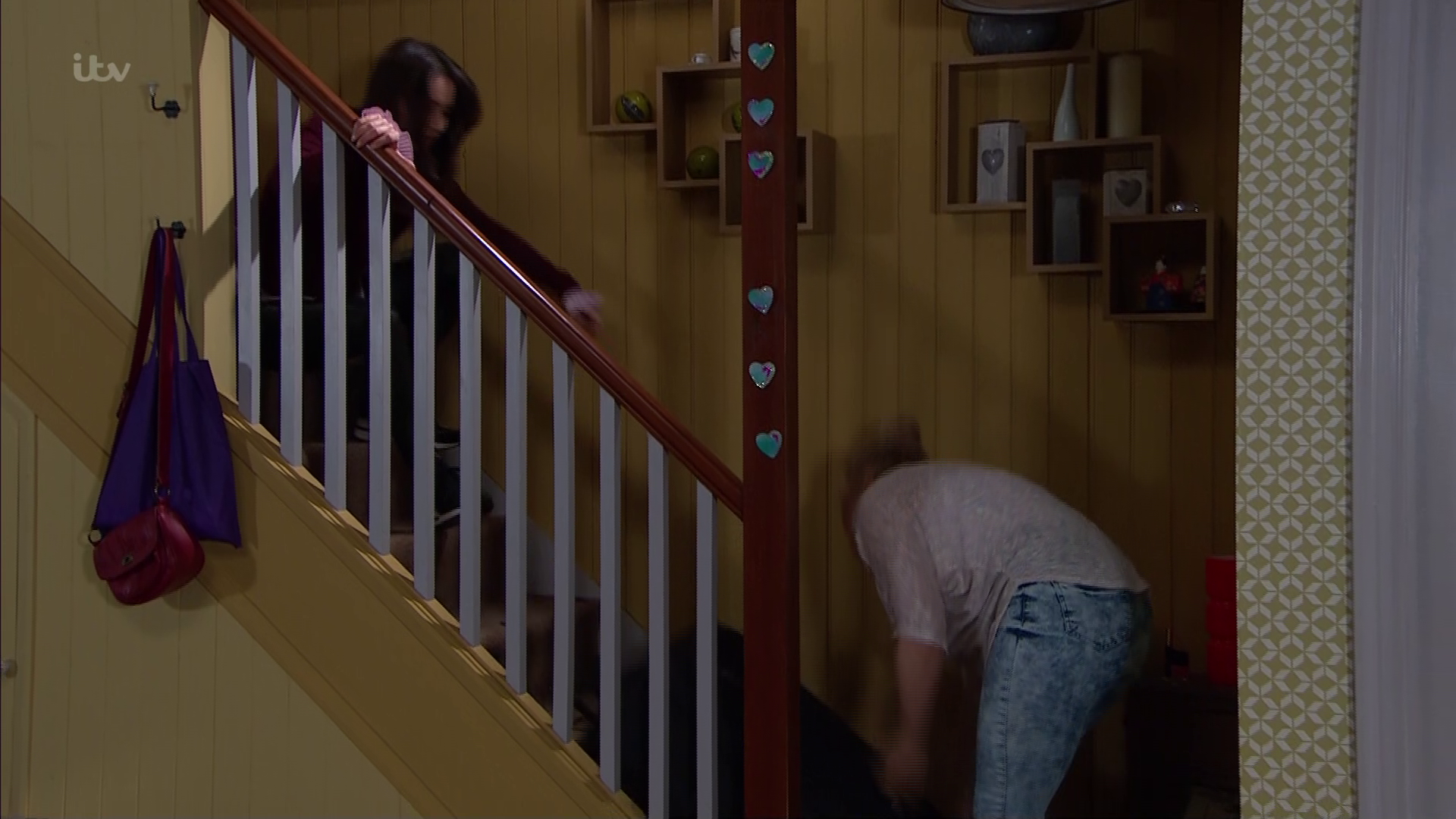 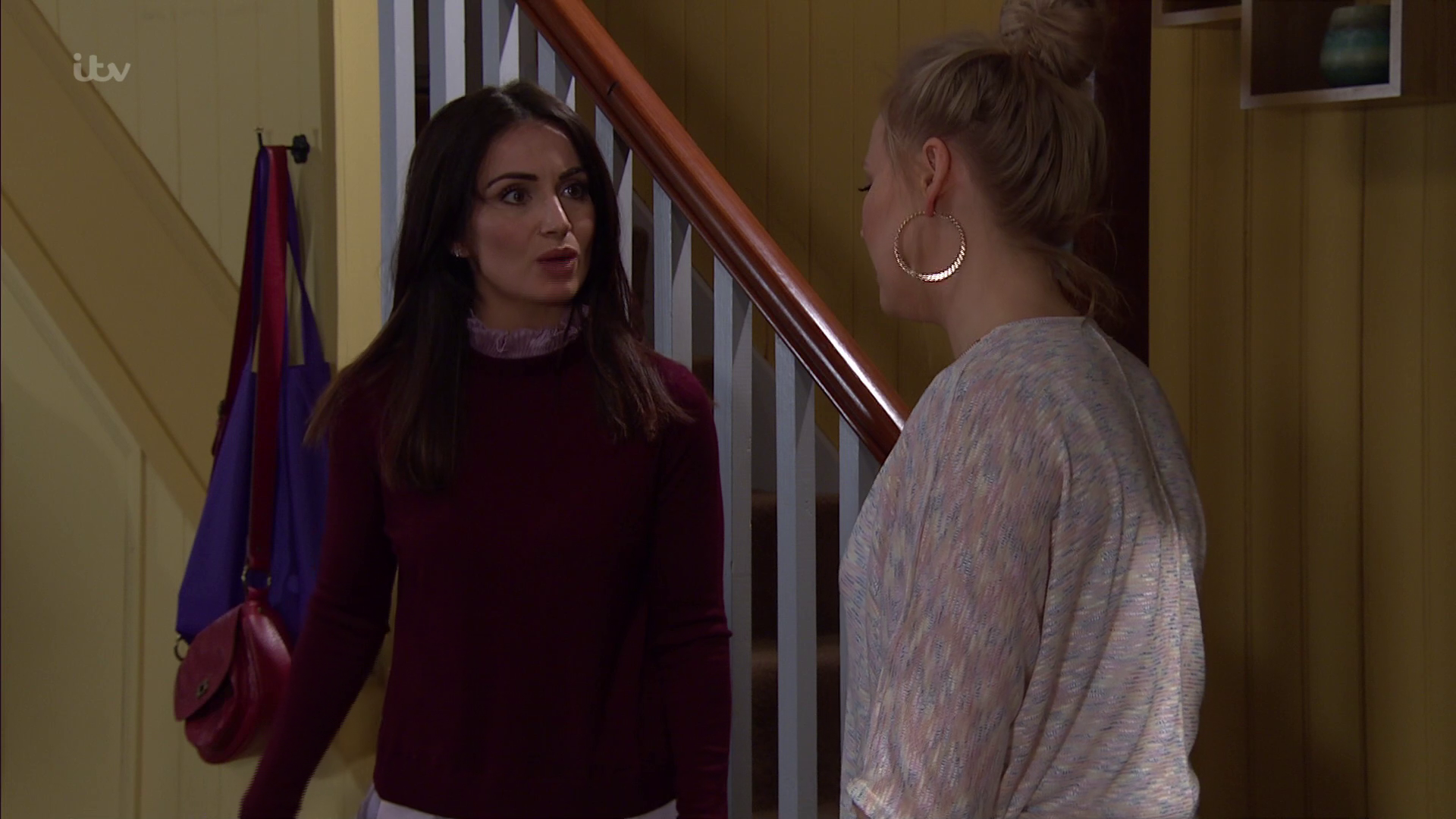 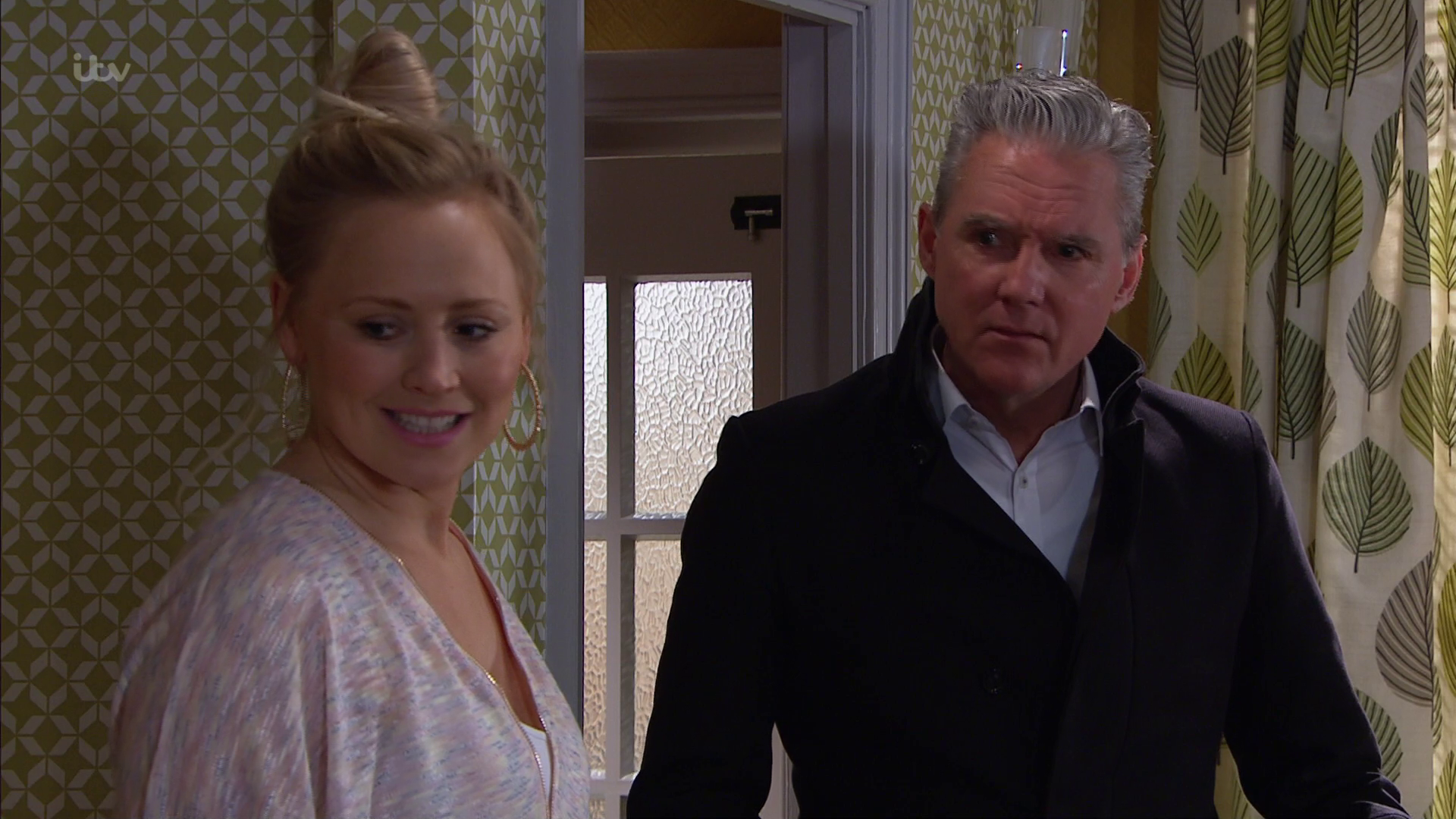 Once they had got it to the bottom of the stairs, Tracey asked what they were going to do with the luggage.

Leyla said they would burn it, adding: "I'm going to put it in the shed for now then I'm going to drive out somewhere when it's dark.

"Tracey! We can't afford to overlook a single detail!"

Just then Tracey's dad arrived, and they made up an excuse for why they were shoving the heavy case around.

Most Read in TV & Showbiz 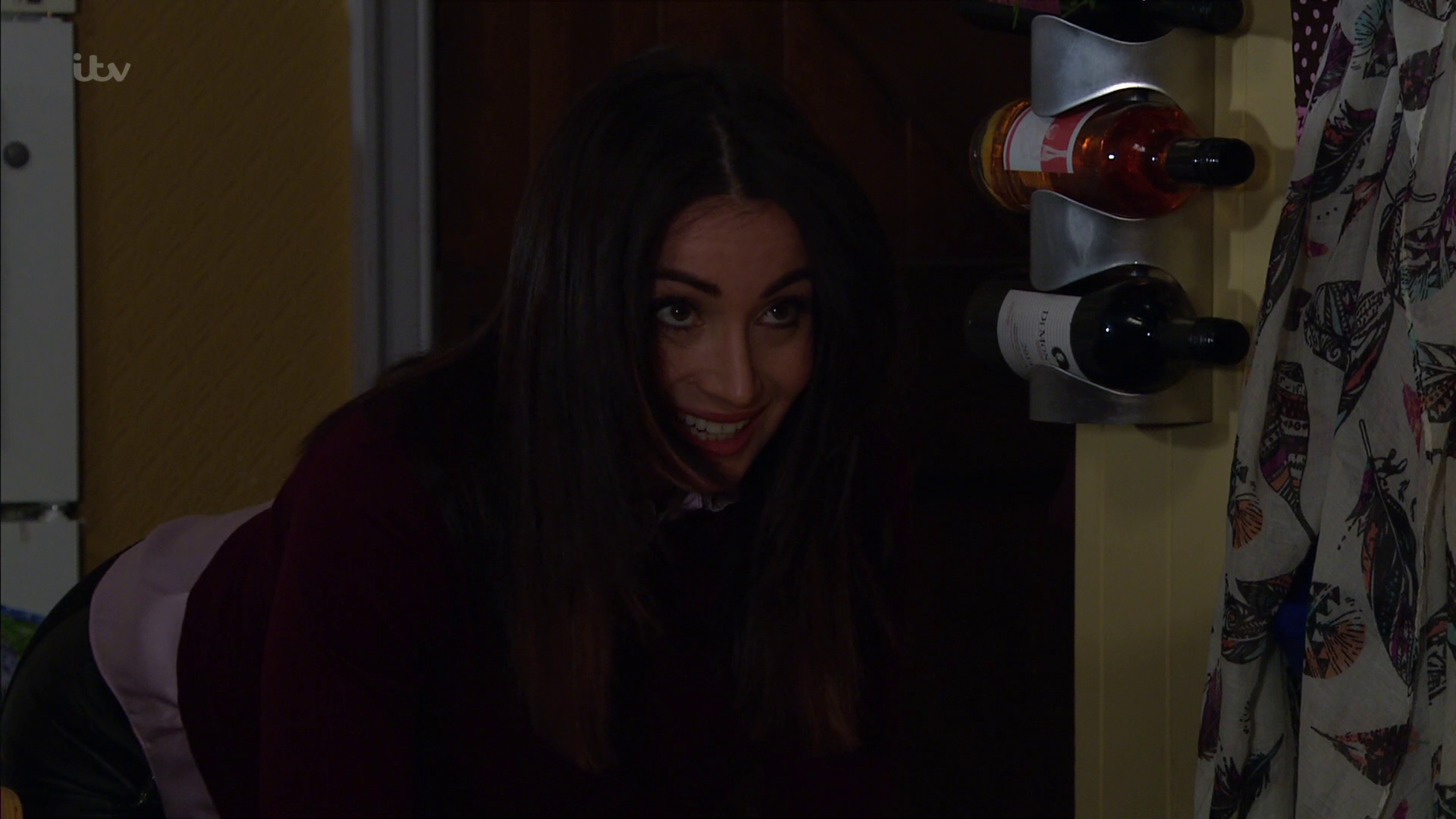 As Leyla stumbled over her words, Tracey said: "She's just a bit late packing away her winter wardrobe."

Viewers took to Twitter to speculate what was really in the case, with one writing: "Leyla and Tracy struggling to take that suitcase down the stairs, they've put Maya's body in there haven't they?"

Another added: "Who else thinks Maya’s in the suitcase."

A third agreed, writing: "Why are they acting weird about a suitcase unless Maya is in there #Emmerdale".