Will the real Angelyne stand up? Emmy Rossum looks unrecognizable as the Hollywood billboard icon while on set of her limited series.

Emmy Rossum’s transformation into Los Angeles icon Angelyne is the stuff of Hollywood magic. The former Shameless star, 35, will assume the role of the legendary media personality, 71, in the upcoming Peacock limited series Angelyne. While filming at a Denny’s in Hollywood on October 6, Emmy could be seen in a blonde wig and a velvet pink mini dress, covered up with a feather jacket. 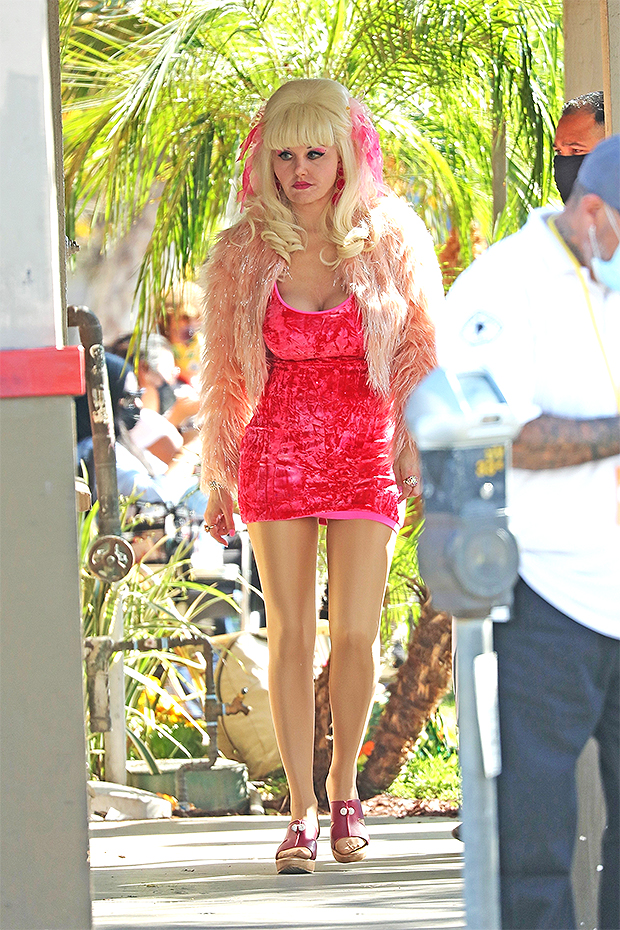 The face prosthetics also make the star unrecognizable. In true Angelyne fashion Emmy’s makeup is completed with a cat eye, pink eyeshadow, and pink lipstick, turning her into the spitting image of the singer, actress, and media personality who became a fixture in 1980s Hollywood after a series of billboards of her were placed around the city.

Based on a 2017 Hollywood Reporter longform exposé by Gary Baum that revealed the elusive Hollywood star’s real name and backstory, Angelyne will be an eight-episode series based on Angelyne’s life. The investigative feature identified the star as Renee Goldberg, the Poland-born daughter of Holocaust survivors who were able to flee to America after being sent to concentration camps. 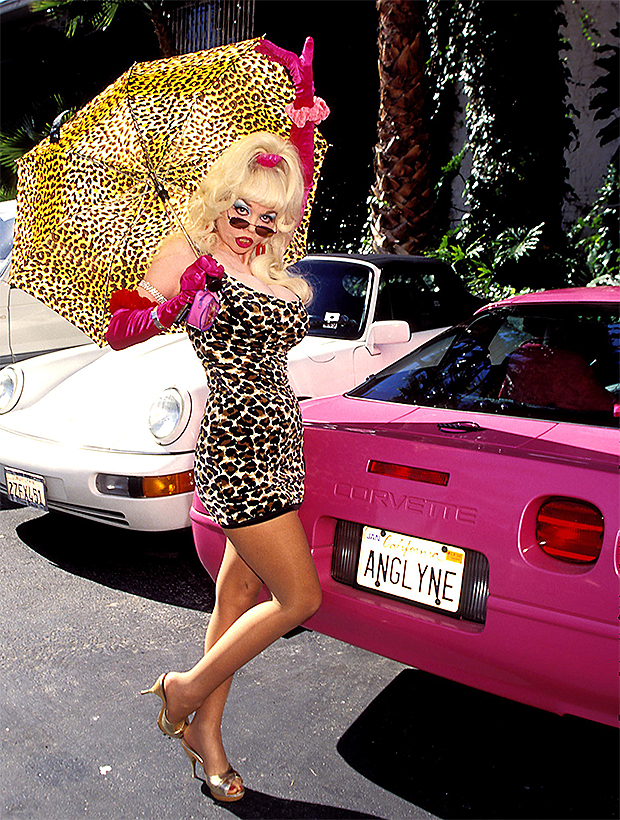 The series will follow Angelyne’s reinvention as a blonde bombshell. Last year, Emmy revealed that the inspiration for the project herself had been tapped as an executive producer. “So excited to be able to share that the embodiment of LA itself, the original Queen of the Universe, is the executive producer of our show!’ Emmy captioned an Instagram photo with Angelyne posed next to her iconic pink Corvette.

Martin Freeman, Alex Karpovsky, Lukas Gage, Jefferson Hall, Charlie Rowe, and Molly Ephraim will also star in the limited series. Prior to the ongoing COVID-19 delaying production, Peacock shared a brief teaser for the upcoming series. “I am a bright pink light here to inspire joy,” Emmy says as the billboard icon in the clip, driving around town in Angelyne’s signature pink Corvette.

The return to set comes a few months after Emmy quietly welcomed her first child with husband Sam Esmail. After keeping the news of her pregnancy under wraps from the public eye, Emmy revealed in a surprise Instagram post in May that she and Sam have welcomed a daughter. She shared the news alongside a series of maternity photoshoots. In July, the actress shared a snapshot with her baby girl on Instagram and encouraged her followers to get vaccinated against COVID-19.