The 46-year-old joined our 50,000-strong Jabs Army of volunteers doing their bit to assist the vaccine rollout across the UK. 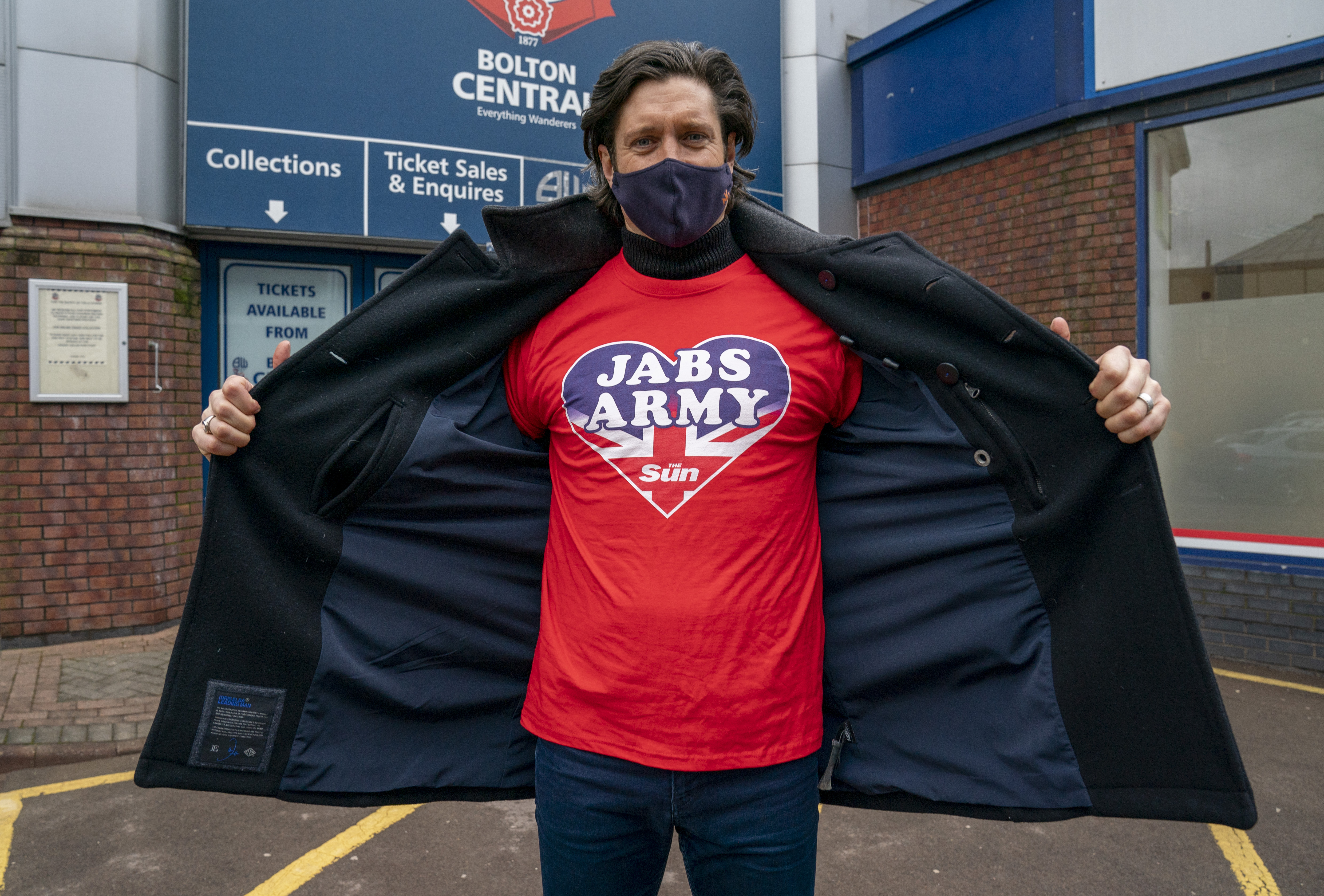 Appearing on Good Morning Britain today, Vernon was praised by host Piers Morgan for helping out at one of the country's largest vaccine sites, Bolton Wanderers’ stadium.

Telling viewers how moved he has been to be part of the vaccine rollout, Vernon said: "The experience as a whole was something really, really special.

"It was amazing watching all of these people arrive having dealt with three lockdowns.

"The moment they left after having their vaccines, you could tell there was light at the end of the tunnel for them and a weight had been lifted off of their shoulders." 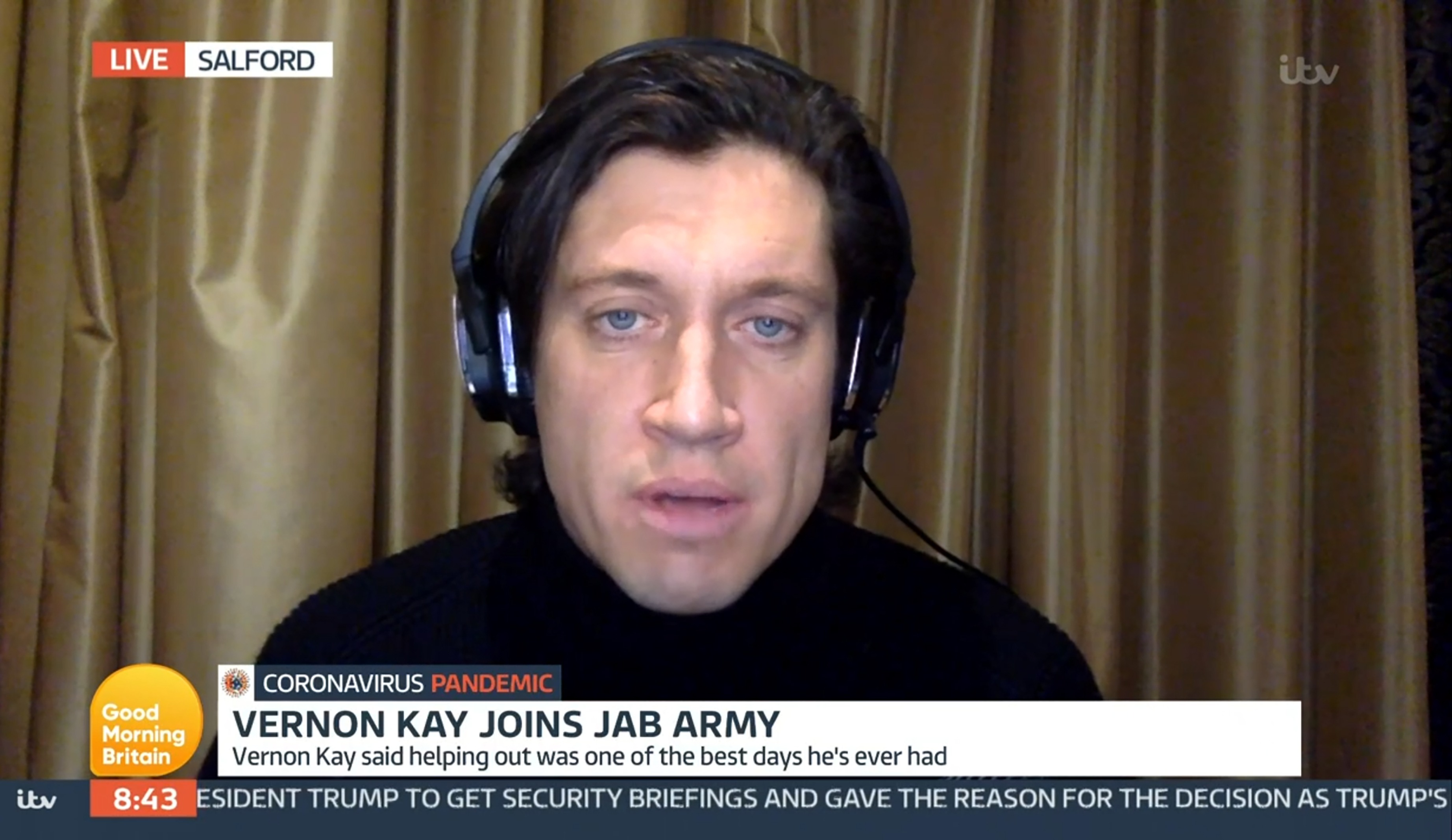 Piers said: "Good on you mate, it's a great campaign The Sun's been running.

"I love this slogan, the Jabs Army, it's a huge number of people from all walks of life who have stepped up and that's why I appreciate you, Vernon, and everyone else who has been doing it."

While volunteering yesterday, Vernon began his day taking temperatures with a hand-held device to ensure patients were well. 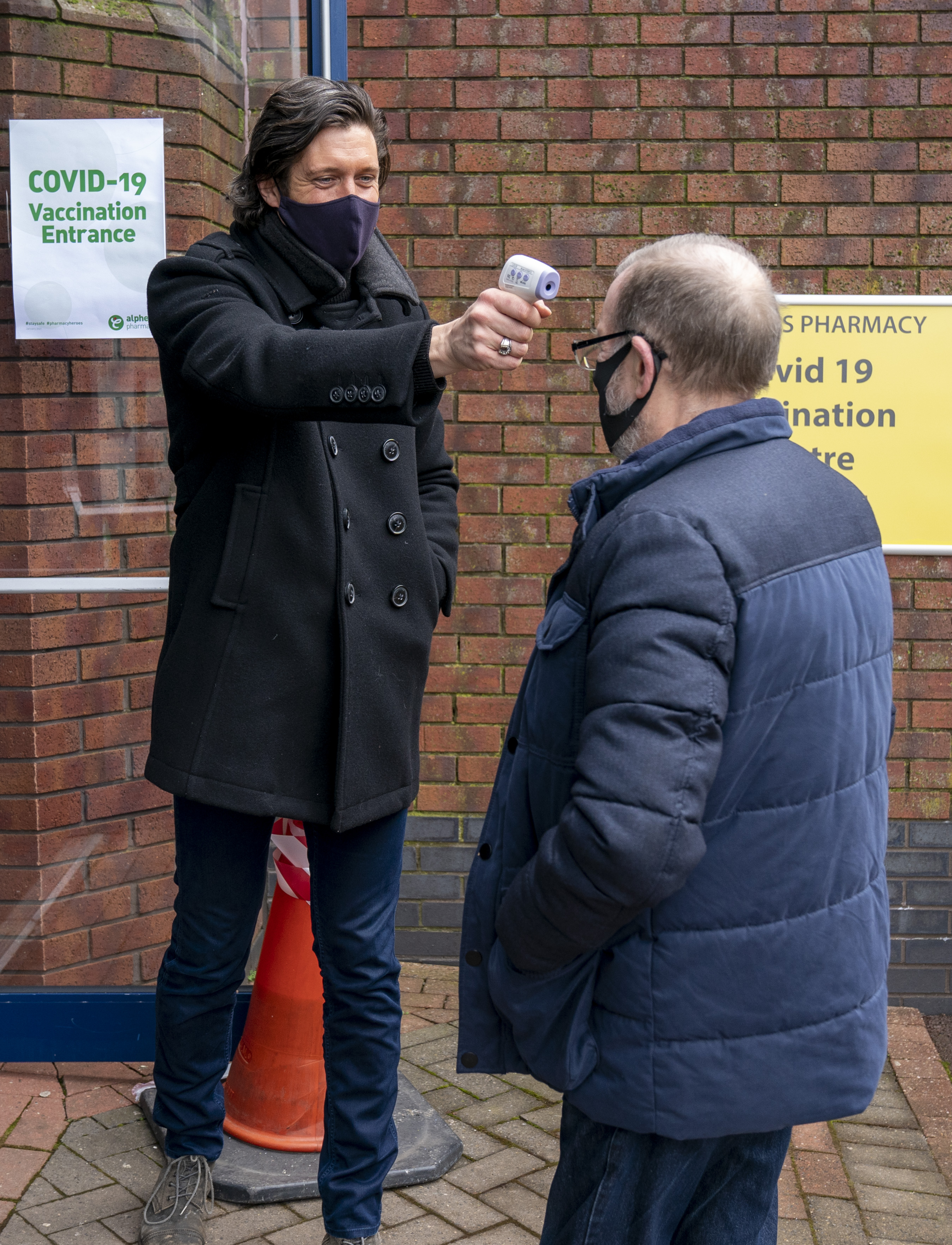 Call to arms – how MPs, celebs and big businesses backed our campaign

A HOST of celebs and politicians threw their weight behind Jabs Army as they praised kind-hearted Sun readers who signed up.

Their calls were led by Boris Johnson, who begged for volunteers to help 'return the country to normal life'.

The PM wrote personally to our readers, saying: "The Sun’s Jabs Army campaign is a brilliant example of the power of collective action.

"It has already inspired companies and workplaces up and down the country to join the call to arms.

"So today, I call on everyone who has the time to join the legions of volunteers already signed up and to boost volunteer numbers further still."

Jeremy Clarkson urged Brits to get off the sofa and sign up to beat the lockdown blues.

He said: “Everyone is saying how bored they are. They’ve watched Netflix, gone through everything on the internet, read Google.

“Well let’s not be bored — let’s get off our bottoms and volunteer.”

His call was backed by a string of other celebs – including the Duchess of York Sarah Ferguson, who hailed our campaign as “fantastic”.

Health Secretary Matt Hancock saluted Jabs Army as he addressed the nation in a No10 press briefing.

He said: "Come and be a part of it. The Sun’s Jabs Army is marching and helping the nation.”

While celebrities like Bear Grylls, Gordon Ramsay and Bake Off's Matt Lucas have also thrown their support behind the campaign.

Tasks for the volunteers also include walking frail patients to and from their transport, keeping them company while they wait and walking them back.

He joined other stewards at Bolton Wanderers’ stadium, close by to where he went to school and married wife Tess Daly. 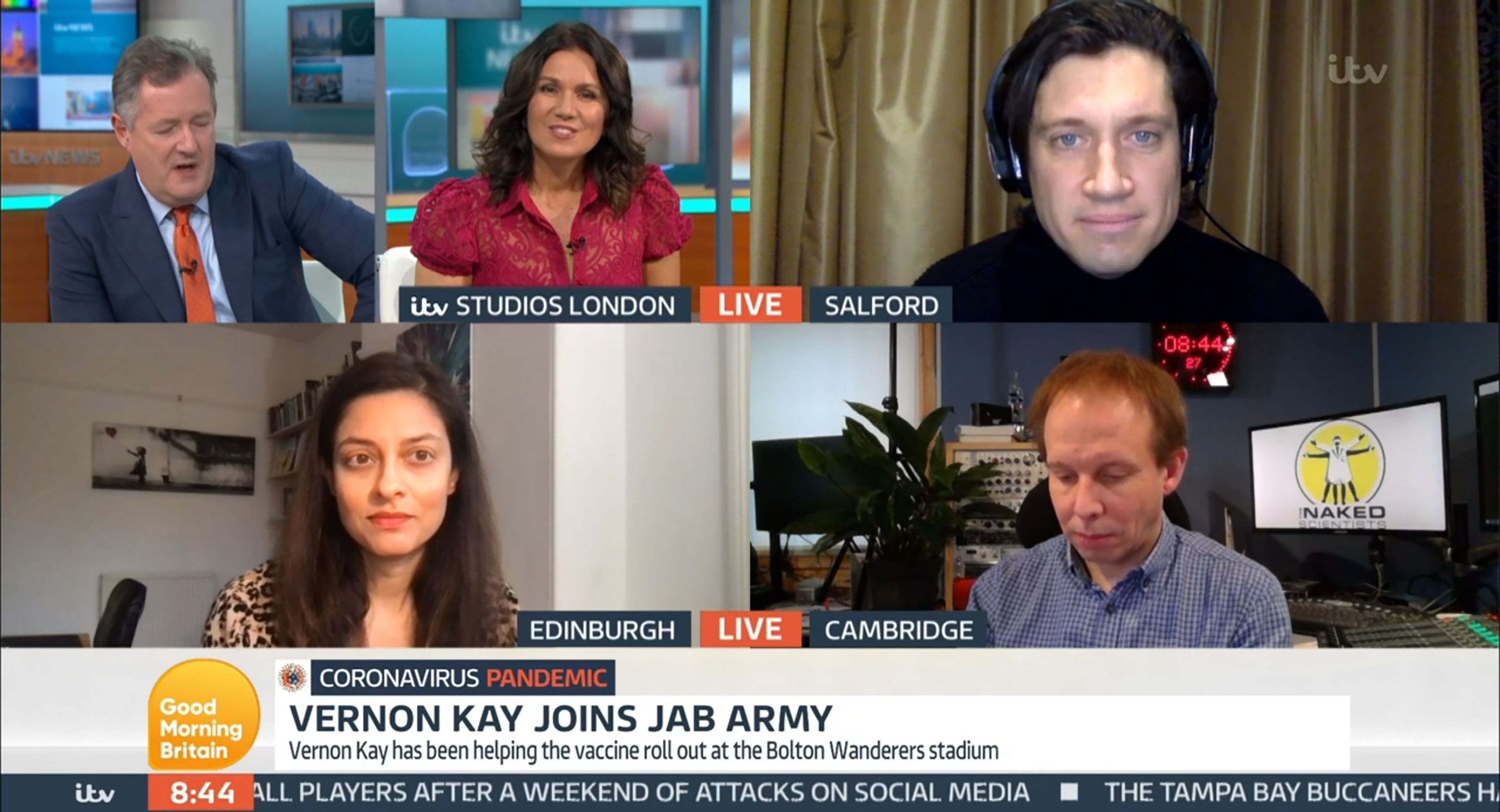 A team of eight people jab around 400 people a day at the site with the Oxford-AstraZeneca vaccine. So far, around 47,000 people have had their first dose there.

Vernon added on Good Morning Britain today: "Bolton hit the headlines because the R-rate went through the roof and it had its own individual lockdown.

"The lockdown rules were quite strict in the Bolton area. It's a huge town, with so many districts and it's quite difficult to roll out the vaccine.

VOLUNTEERS for the Jabs Army are being asked to first register online at nhsvolunteerresponders.org.uk

You will then receive an email with log-in details to sign up online.

Finally, you will be asked to download the GoodSAM app on a smartphone which will match you to a role in your area.

Services will be opening in the coming days and weeks, with different areas up and running at different times, so you might not be required on site for some weeks. Not everyone who signs up will need to be called upon.

You need to commit to only two six-hour shifts a month at a vaccination service, and no prior experience or qualifications are required.

You will work as part of a team that will include NHS staff and volunteers. The Royal Voluntary Service will conduct appropriate background checks.

"Now they've got eight centres and the doctor I was with, Helen, she's done a phenomenal job rolling out the jab in the Bolton area.

"What I learnt was that in these vaccination centres in Bolton it's 55 per cent medical staff and 45 per cent volunteers.

"The volunteers who I spoke to and spent time with, they were loving the fact they were helping out and doing something to get the vaccine out."