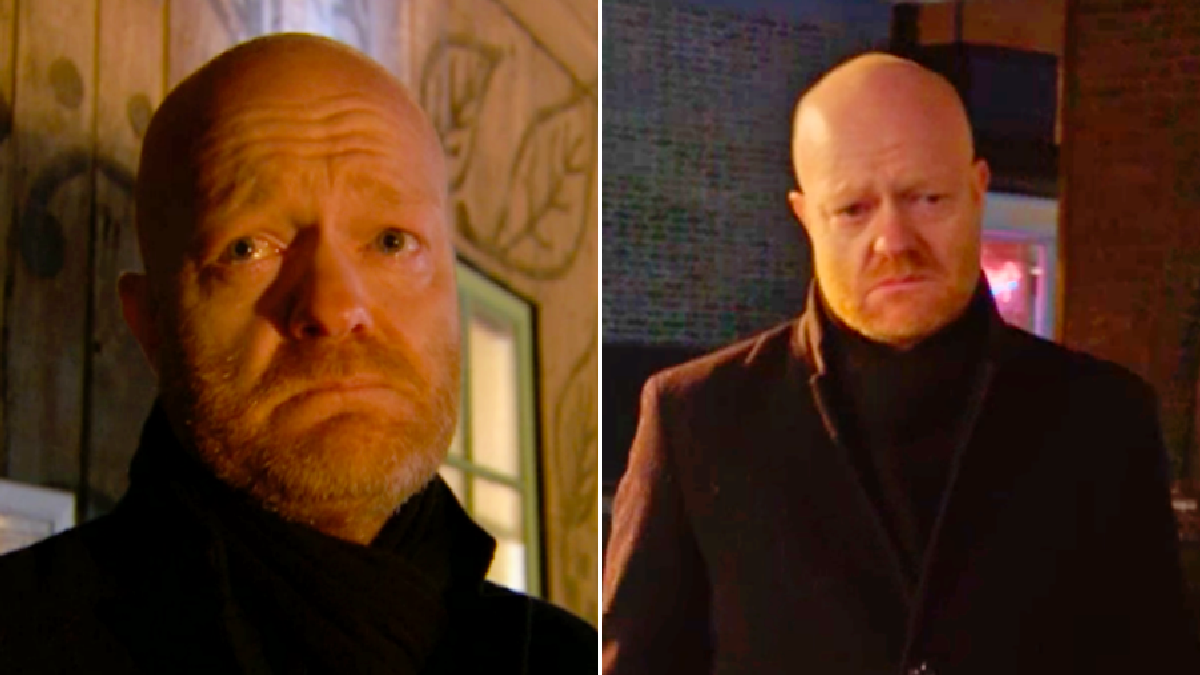 Max Branning (Jake Wood) made a huge decision in EastEnders tonight (February 19), as he decided it was time to leave Walford.

Determined to win Linda Carter’s (Kellie Bright) affection, Max tried his luck at blackmailing Phil Mitchell (Steve McFadden) in an effort to get what he wanted.

He made clear that he wanted The Queen Vic signed over to Mick (Danny Dyer) once more, hoping that such a gesture would result in Linda seeing just how much he loves her.

However, his efforts ultimately backfired, when Mick confronted him in the boozer, and warned him to stay away from Linda.

Linda was seething with Max after he unfairly taunted Mick, claiming that she was only staying with him out of pity rather than love, and therefore the former Queen Vic landlady set out to put him straight.

Max pleaded with Linda to dump Mick, claiming that their brief fling — if one could even call it that — was love, unlike her 30-plus year marriage to Mick.

Linda was left in shock at such a statement, telling him he ‘needs help’, before reiterating that she doesn’t love him, as Mick is her soulmate.

She begged Max to do them all a favour and leave Walford — a sentiment which Jack (Scott Maslen) later echoed.

Max ultimately agreed to depart, and therefore he took baby Abi and headed off down Bridge Street market.

He shared a heartfelt goodbye with former flame Stacey Slater (Lacey Turner), and later realised that Abi would be better off with Rainie Highway (Tanya Franks), and thus he returned her to the funeral parlour.

After ensuring Abi was safely in Rainie’s arms, Max gathered his belongings, and started towards the tube station once more.

Julia’s Theme sounded, giving the legend the farewell he deserved, as he headed off to start afresh elsewhere.

EastEnders continues Monday February 22 at 8:05pm on BBC One.