Black Don’t Crack (fka Untitled Regina Hicks) follows three former sorority sisters, played by Shepherd, Atkins and Campbell, who lost touch after college and reunite during a pivotal point in their lives. They realize sometimes it’s okay to crack and when you do, no one will be there for you like your friends.

Atkins will play Nia Hillis Davis. A bougie, conservative politician’s wife who has lost touch with her more fun-loving college self. Though she may have many cracks in her perfect facade that she goes to great pains to cover up. While she may be perceived as uptight and snobbish, she’s ultimately a lovable neurotic who is our voice of positivity, even if a lot of the times, she’s not sure what’s going on.

Campbell will portray Tasha Marks, a hip and fabulous Atlanta restaurateur who starts trends instead of following them. She holds nothing back and is brutally honest (sometimes to a fault) with her friends, but has been avoiding a truth in her own life. She’s achieved the perfect professional life and insists that she needs no man in her life to interfere with the career she’s worked so hard to create. 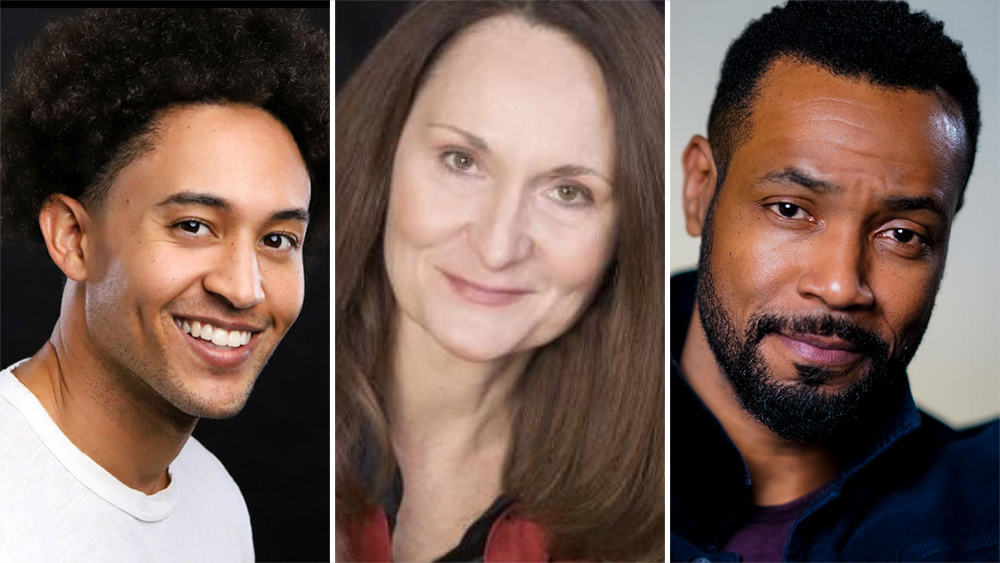 Mowry is Khalil Grant, Angela’s (Shepard) 20 something son. He is a recent college grad who is full of big ideas and big dreams, but has yet to get any of his start-up companies off the ground. A bit of slow starter at life, he lives in his mother’s basement and still relies on her to do his laundry and front him rent money. He is fiercely protective of his family and is gradually growing into a responsible adult.

Grant plays Nancy, Angela’s (Shepard) sharp-tongued mother-in-law. She adores her grandson but is tougher on her daughter-in-law – she can be abrasive, demanding, and unaware of her prejudices. While Nancy can be a thorn in Angela’s side, the truth is they need each other. At the end of the day, the things they share — the loss of a husband, their love for Khalil – keep them from killing each other.

Mustafa is Charles Daniels, co-owner with Tasha of a restaurant and bar in Atlanta. Charles is a former pro-football player who is handsome and oozes charm and swagger. He’s full of stories from back in his glory days and is comfortable being the center of attention. He could be perceived as cocky, but he’s ultimately the kind of dependable, good guy you want in your corner.

Shepherd plays Angela Wright, a native New Yorker somewhere between 45 and death, but it’s hard to tell because “black don’t crack.” She’s a single mom who put aside her musical dreams to raise her son after her husband died. She’s been holding it down alone for years, taking care of her family instead of herself. When she is confronted with a personal crisis, she reunites with her sorority sisters to recapture the passion, ambition and sisterhood of their college glory days.

Atkins can next be seen in the BET+ series, First Wives Club, opposite Jill Scott. She can also be seen on Will Packer’s OWN series Ambitions. She previously starred for two seasons opposite Marlon Wayans in NBC’s Marlon. Additionally, she was a series regular on TBS’ Are We There Yet? opposite Terry Crews. On the feature side, Atkins can recently be seen in a lead role in the independent feature, Same Difference. She’s repped by Buchwald and manager Kathy McComb.

Campbell worked on Broadway from the age of 7 until she made her feature film debut in Spike Lee’s School Daze opposite Lawrence Fishburne and Giancarlo Esposito. Her television series credits include Martin, My Wife and Kids for which she won a NAACP Award, and Last Man Standing. She’s repped by TCA and Anthony Mulrain of Mintz, Levin Cohn, Ferris, Glovsky and Popeo.

Mowry starred on all six seasons of Freeform’s hit series Baby Daddy. His other previous TV credits a recurring role on Full House, along with Friends, Sister, Sister, Disney animated series Aladdin and the Lion King, Desperate Housewives, The Game, Kim Possible and The Suite Life of Zach and Cody. He next will be seen starring in the title role in the upcoming comedy feature Welcome Matt. He’s repped by Artists & Representatives, Gilbertson Entertainment and Meyer & Downs.