The second semi-final of the Eurovision Song Contest 2019 aired this evening in preparation for the Grand Final on Saturday.

The 18-year-old was the 11th performer to take to the stage but as she belted out the song Chameleon fans were distracted by the singer’s knee-high socks.

Viewers watching at home took to Twitter to comment on the Maltese performer’s unusual choice of clothing.

One said: “Why the f**k is Malta wearing a cross between a denim jacket and a rain mac? With knee high socks? What?! #Eurovision.”

Another tweeted: “When you can’t afford the thigh high boots and have to make do with high socks #SBSEurovision #MLT #eurovision.”

“From thigh high boots to knee high SURGERY SOCKS the song was a winner until random rapping #MLT #Eurovision,” exclaimed a fourth.

A sixth remarked: “#MLT, you are not alone: I also have to wear orthopaedic socks. #teamcompression #Eurovision.” 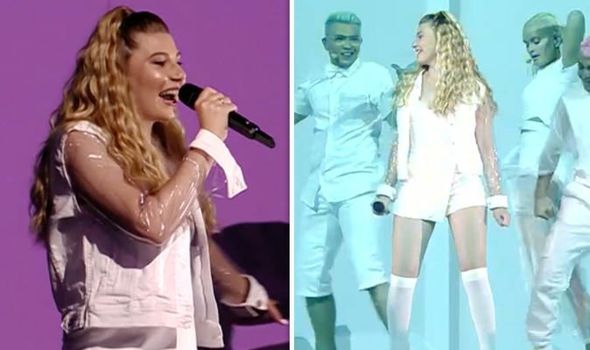 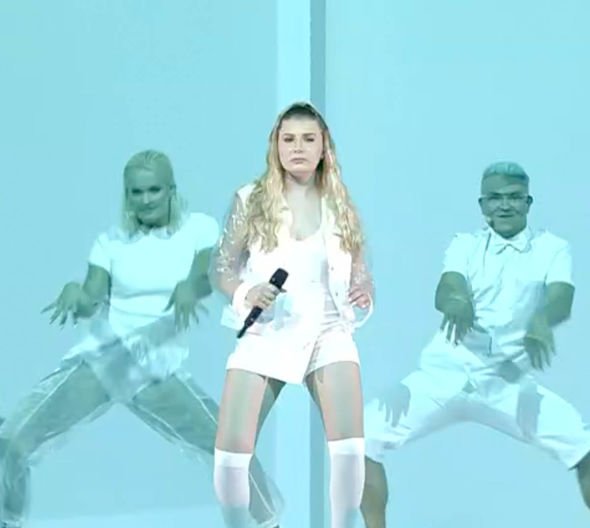 Meanwhile, Simon Cowell is the hot favourite to replace Sophie Ellis-Bextor on the UK judging panel for the competition on Saturday.

Sophie Ellis-Bextor had been due to chair the panel but stepped down earlier in the week due to to “unforeseen circumstances.”

The media mogul has now been tipped by Betway to take her spot with odds of 7/2.

Spice Girl Emma Bunton and One direction’s Louis Tomlinson are joint second at 9/2. 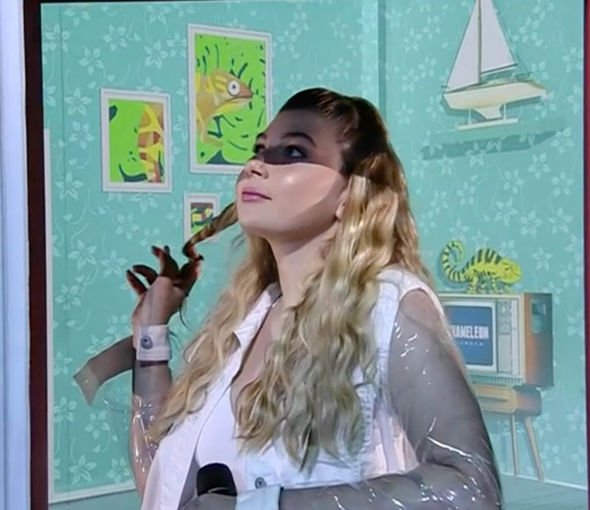 “He tops our betting on Ellis-Bextor’s replacement at 7/2 but there are a few lively contenders in behind too.

“Others in the mix appear to be Emma Bunton and Louis Tomlinson, joint second-favourites at 9/2, while Robbie Williams is 8/1 and punters may be happy to Take That.”

Sophie Ellis-Bextor has not revealed the reason behind her departure but reassured fans she still loves the show.

She tweeted: “I still love Eurovision! Wishing all the participants a great show and good luck to the UK entry. Xxxx.”

On Tuesday a Eurovision spokesperson confirmed: “Unfortunately due to unforeseen circumstances, Sophie Ellis-Bextor will no longer be able to be part of the UK #Eurovision jury and will be replaced in due course.”

The Eurovision Song Contest 2019 final airs Saturday at 8pm on BBC One.