The latest Captain America has only gone from bad to worse 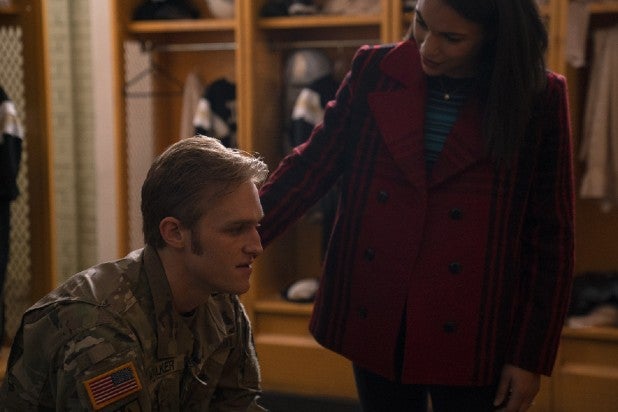 “He definitely doesn’t make life easier for anybody,” Russell previously told TheWrap of his character. “You’ll definitely begin to see and understand, hopefully, more of why John is the way he is and what drives him to do the things that he does.” And over the course of the last two episodes, we’ve seen exactly that. But the thing is, John Walker appears to be driven almost entirely by ego. And, after a full-blown meltdown this week, it begs the question: Are we actually expected to sympathize with this man?

Now, to be fair, John did just lose his best friend and partner, Lemar Hoskins (Cle Bennett). The Flag Smashers may not be smashing any actual flags (or really have any clear-cut goals in general) but their leader, Karli Morgenthau, certainly smashed Lemar’s spine last week. It was brutal to watch as a fan; one can only imagine watching it as John Walker.

No one could fault him for having a bit of an emotional breakdown as a result. Does it excuse him for killing a man? No. But it is the sole thing I can find to sympathize with John Walker. Even so, I have to be honest — no part of me wants to see a redemption arc for this guy. He hasn’t earned it.

Obviously, we knew John Walker was going to be a problem from the start. He had to be though, right? Sam and Bucky needed a push to work together, and Sam needed the motivation to take up his inevitable role as the next Cap, as Steve intended. Even John Walker acknowledges Sam and Bucky’s anger over him having the shield, admitting that he knows they didn’t expect it to go to him (or anyone, for that matter).

But Walker insists that he just wants to do the job. He wants to help people and help his country. However he got there, it doesn’t matter; he wants to be a force for good. OK, great! Maybe eventually we can accept him. And then he tries to do the job.

To say that he’s terrible at it would be putting things gently. John Walker’s Captain America is laughably out of his depths in a world full of gods and aliens and super soldiers.

We might’ve even been able to sympathize about that, though, because really, that’s not his fault. No one can be expected to naturally excel at something they’ve never prepared for. He’s just a regular soldier the U.S. government decided to name the new Captain America. He hasn’t been trained to fight these kinds of opponents, so naturally, he gets absolutely wrecked.

But the second he does, he goes into a tailspin. He’s embarrassed at being repeatedly shown up and angry that Sam and Bucky won’t be his wingmen. Because, obviously, they had to be his wingmen; Toxic Masculinity Captain America is a captain who gives the orders, not one who takes them from sidekicks.

Then the Dora Milaje smacked him down even harder than the Flag Smashers last week, and as John Walker incredulously notes, “They weren’t even super soldiers.” He can’t handle that he’s not the best, especially compared to a bunch of women so, naturally, he takes the super-soldier serum he squirreled away during his confrontation with Karli.

For those who haven’t watched “Captain America: The First Avenger” in a minute, a quick reminder: the creator of the original super-soldier serum, Abraham Erskine (Stanley Tucci), revealed to Steve Rogers that “the serum amplifies everything that is inside. So good becomes great — bad becomes worse.”

Seeing how the serum has affected John Walker, it’s clearly a case of the latter — which, essentially, tells us that John Walker is inherently wrong for the role. On top of that, John Walker still blames anyone else for his shortcomings. In fighting Sam and Bucky this week, he repeatedly says “Why are you making me do this?” He’s convinced that everything he does is right because “I am Captain America.”

Then, when he’s stripped of that title, he screams at his superiors that the military built him and that he deserves to be heard out, given the circumstances of his murderous actions. He fully believes he was justified in his killing. Then, when he’s shut down once more, Walker whines to his wife that people just don’t understand what it takes to be Captain America.

It’s unclear if this moment is actually meant to make him more unlikeable or be a genuine moment of him baring his soul. Either way, it doesn’t do him any favors.

Why exactly should we feel bad for him? John Walker is clearly deluded, driven to take a serum that only heightened the worst in him because of his own hubris. The decisions he’s making aren’t rooted in grief; it’s certainly a contributing factor to their severity, but it’s Walker’s own ego at the center of everything.

It’s typical to see a hero rise once he hits rock bottom. (And if this isn’t John Walker’s rock bottom, I’m not sure we want to see what is). But at this point, John Walker has done nothing to prove there’s anything heroic about him. And that’s fine — if “The Falcon and the Winter Soldier” is going to fully commit to this trajectory.

John Walker isn’t a hero, and he’s definitely not an anti-hero. He’s just kind of an awful, deeply insecure dude. And with only one episode left to go, he kind of has to stay that way to make any sense.