Shows that take place in specific cities are fairly common on TV and have been for decades. However, sometimes shows exist in slightly more ambiguous locales, as does ABC’s Stumptown (starring Cobie Smulders). This fast-paced cop show has become a moderate hit this season, though there seems to be growing confusion on where it really takes place.

Once viewers know exactly where the setting is, it’ll likely bring even more perplexing questions. One good reason for this is the show isn’t filmed in the city where it’s set.

Those who live in the real city are also a bit miffed the show didn’t bother to film there since other successful shows have. What city is being alluded to here?

Take a minute to find out how Stumptown seemed to decide to make its home city a revisionist place.

It’s supposed to be Portland, Oregon 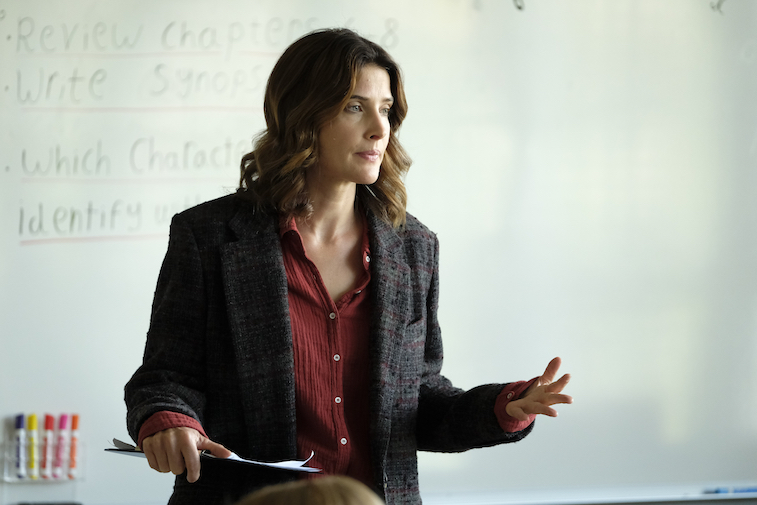 If fans look carefully at the police department signs on Stumptown, it clearly says it’s Portland, Oregon law enforcement. Yes, the setting of Portland has become the cool thing to do, likely thanks to Portlandia setting the gauge for all things weird and interesting taking place there.

For those who live in Portland, there’s been some mixed feelings about ABC’s decision to not film Stumptown directly in the city. Anyone who’s lived in the city long enough knows a number of popular shows have filmed there in recent years beyond just IFC’s Portlandia.

Popular shows like Grimm, Leverage, and The Flash have filmed directly in Portland streets.

Producers of Stumptown filmed the pilot in Vancouver, B.C., an already busy production center for TV/movies. Afterward, most production has been in Los Angeles. Why they did this is a bit of a mystery, though there’s likely some good reasons.

In the meantime, viewers of the show have turned to Reddit to query on where the show really takes place. Based on recent responses, not everyone seems to understand it’s Portland.

Not everyone who watches Stumptown probably realizes the title is a nickname for Portland, Oregon, a term going back to the mid-1800s. Based on historical record, the “Stumptown” name occurred when pioneers had to clear all the trees to build cities in the Oregon valley. Builders discovered they couldn’t rid the tree stumps, hence one of numerous nicknames was born.

On Reddit, there seems to be no knowledge of this with many throwing around other cities as the potential home of Stumptown. Many assume it’s set in Seattle, Vancouver, or even somewhere on the east coast.

Only a few Oregonians came in to correct the commenters and give a bit of a history lesson on the term used. If viewers are maybe slowly learning the show is set in Portland, what’s the real reason behind all production moving to L.A.?

Based on the action involved in Stumptown, filming in downtown Portland might have been deemed too complicated.

Chase scenes can’t be done easily in a busy metropolis

Considering Stumptown often has chase scenes throughout the city streets (and other complex production elements), they probably couldn’t gain clearance for such a thing regularly in downtown Portland.

As a busy and tight-knit city community, it would have disrupted daily business to shut down entire streets for car chases. It’s a big difference from shows like Portlandia and Grimm, latter of which was often filmed at night and in spooky interiors.

Most Portland citizens would find it forgivable the show doesn’t film on location. In the realm of TV history, it’s not the only example of using the Pacific Northwest as a setting, despite filming in L.A. Grey’s Anatomy still uses Seattle exterior shots, even though the main production is in Los Angeles. Also, Frasier famously visited Seattle for one episode while most filming occurred at L.A.’s Paramount Studios.

Many shows still find it advantageous filming in Portland. Portlanders will hopefully see more TV shows film there that don’t have to shut down the city center for one important scene.