ABC’s The Party Room is a biting and brilliant podcast on Australian politics from Radio National’s Fran Kelly and Patricia Karvelas. Depending on your level of engagement, the show will provide a top-level overview of the week that was, or for the political animal, a kind of director’s commentary from inside the Canberra bubble.

According to Karvelas, The Party Room features “the kind of conversations people have in the corridors [of Parliament House], not necessarily the things that you hear in a formal report…”

“What podcasting provides is a conversation that is quite intimate, that tells you what's going on, and doesn't require you to know every incremental detail… Cutting through and making [politics] accessible to people is actually one of our obligations as the ABC…” 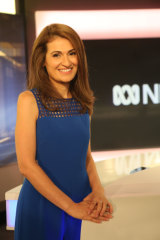 “Politics isn't just this very interesting thing that happens in Canberra, it obviously affects people's lives. So trying to tell those stories in a really accessible way is key to what we try to do. But making it kind of fun is the other thing that podcasting allows.”

“At the start, we knew each other a bit, but we were not best mates. It's not a ‘mates podcast’,” says Patricia Karvelas of her pairing with Kelly. “But we just had this instant chemistry. Three years down the road, we've gotten to know each other really well and I think that's made the podcast stronger, because we do care about each other. Fran checks in on me when my kids are sick, and I check in on her. You can hear that in the way we talk to each other, and I think the listeners really like that too, because they can hear that there is something special about the relationship.”

Karvelas says the audience of The Party Room is “a pretty diverse bunch”, but overall the show skews “younger and female”, when compared to her Radio National audience. This was made clear during a recent live show in Canberra.

“We just couldn’t believe the amount of women in their twenties in the audience. These are women who are seen as not interested in politics, and often dismissed as ‘they've got other interests, maybe they're just on Instagram’. Well it's just not true. They are interested in the world around them. Maybe journalism is just getting better at meeting people where they want to be met.”

Karvelas laughs while admitting she’s approaching her 10-year anniversary on Twitter. I asked how she stays involved in a community that is at times so toxic and misogynistic, but again, she is determined to meet her audience wherever they want to be met.

“Sometimes it wears you down. If it didn't, you wouldn't be human. But I have to keep reminding [myself] that the vast majority of people on Twitter are not like that. They do engage respectfully. And if you retreat… I think it's bad for the good people. I’m an ABC presenter, we're a taxpayer-funded organisation, they should have access to me, they should be able to engage or critique.”