This mildly entertaining armchair renovation series continues from a land where people are less likely to improve their homes for resale than for personal enjoyment. This very British attitude to DIY is reflected in the eccentric efforts to which these competition finalists have gone to indulge their hobbies. In the "unique" and "historical" categories are such curiosities as a tree house, a tiny railway car, a miniature folly and a corrugated iron World War II land girls' digs. 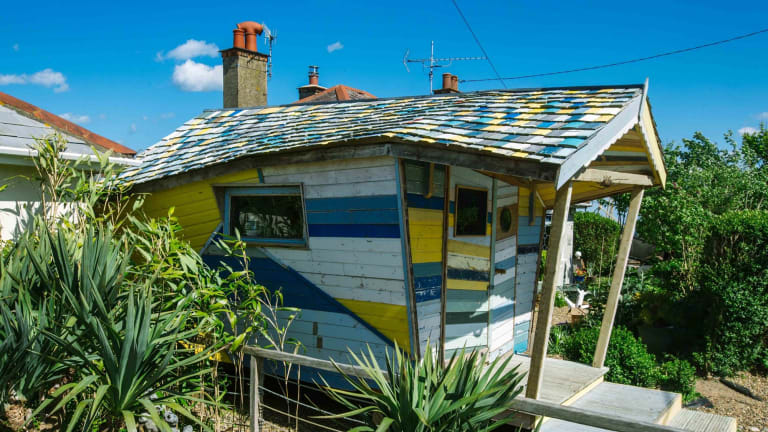 George Clarke’s Shed of the Year: One of the finalists in this eccentric contest.

The story might be as scuffed as an old pair of slippers and the gags as droll as they come, but there's something magical about Jim Henson's canine New York, circa the Great Depression. The muppeteer himself voices Rowlf the piano-playing dog, who is the sole Muppets cast member to appear in this mobster caper. Originally a sketch on The Jim Henson Hour, this series took the Bugsy Malone script and stuffed it with puppy puns.

In desperation to wring the last drop of entertainment value out of the cooking contest, this US series pits chefs against each other and humiliates them by having them grope their way through a vat of melted cheese to find ingredients, prepare meatloaf while lying on a recliner chair, and make quesadillas using a hair straightening iron. The result is a health and safety demonstration of what not to do, and a sense that the point of it all has been completely missed.