Game of Thrones ended in a way almost no fans thought was possible with several shcoking deaths and Bran Stark (played by Isaac Hempstead-Wright) taking the Iron Throne.

After Daenerys Targaryen (Emilia Clarke) almost completely destroyed the city of King’s Landing in a fit of rage, Jon Snow (Kit Harington) decided to step in.

Seeing the death and destruction she caused forced him to calculate what to do next, and ended up stabbing her in the heart to prevent any more bloodshed.

Jon instantly thought he was done for, as Drogon – Daenerys’s dragon – then arrived, and melted the Iron Throne with his fire breath.

But, ultimately, Drogon took Daenerys’s corpse and left flew off into the distance, presumably never to be seen again.

Flying away with the body may not be the only thing Drogon did with Daenerys, according to HuffPost.

Forensic anthropologist Dr Carolyn Rando – from the UCL Institute of Archaeology – told the publication that Daenerys being “chewed up and swallowed” cannot be ruled out.

According to Dr Rando, despite pets being raised with love and affection, it “isn’t uncommon” for pets to eat their deceased owners.

She explained: “When you look at the case studies, it’s very specific conditions.

“So someone lived alone, not a lot of friends came by the house, they died of natural causes, the pets couldn’t get out of the house, there’s no food in the house – those types of things.”

READ MORE: Game of Thrones: Hodor was supposed to make a huge appearance in Battle for Winterfell 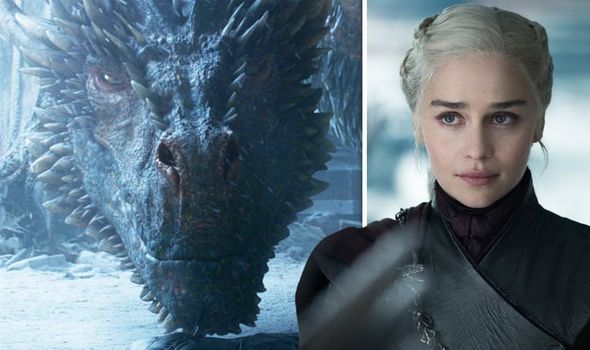 When you look at the case studies, it’s very specific conditions

Dr Rando concluded: “[Animals] tend to lick, and there’s a lot of blood and then eating might happen, but more out of just stress or something like that.”

Drogon has always been the most vicious of all the dragons throughout the show – and he has certainly eaten humans before – but would he have eaten the Mother of Dragons after she was killed by Jon?

To make things even more harrowing for Daenerys and the end of her journey, viewers have recently theorised she may have been pregnant when she died.

In a recent video uploaded onto YouTube by the official Game of Thrones channel, Daenerys can be seen slipping into madness throughout the behind-the-scenes feature of episode five.

But during these scenes, Daenerys is sporting a quite obvious baby bump, which she is also cradling in some shots. 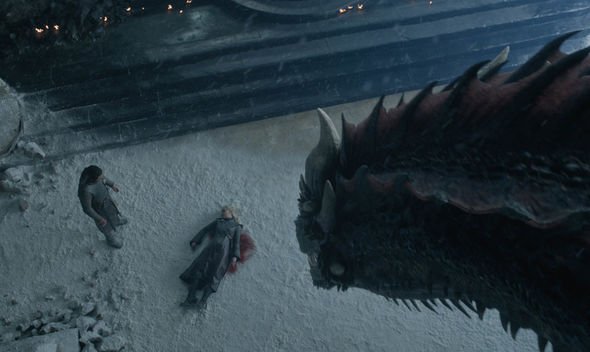 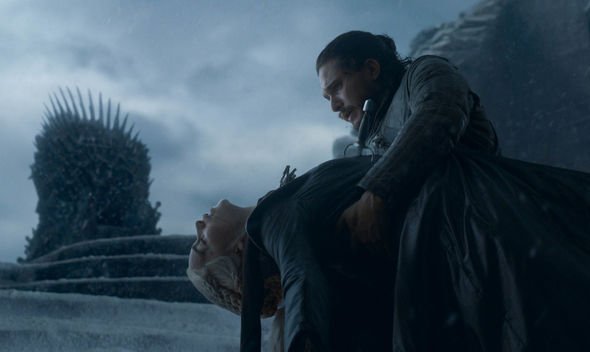 Fans will remember Daenerys was not able to conceive, and she did not throughout the series, but could Jon have been able to father a child with her after they fell in love?

Those who watched the video on YouTube then commented on it, with one writing: “Found this on Tumblr, what do you guys think? It sure looks like she has a fake belly and they reshot the scene, but at the same time it could just be a weird angle. EDIT: I’m more convinced by the actual video.”

Another added: “Even D&D kind of confirmed that she would get pregnant during the live commentary of the scene after the parlay.

“And I remember most fan theories having one thing in common – people (and I must admit I was one of those people) thought Cersei would have a miscarriage and Daenerys would carry boat baby, a perfect parallel.”

Game of Thrones is available on digital download now.