WARNING: This story contains spoilers for Game of Thrones.

Last night’s episode of Game of Thrones showed some of our favorite characters preparing for the quickly approaching battle at Winterfell, but not everyone will be fighting on the field. Those who are not warriors, like Gilly and her son, Little Sam, will be hiding underground in the crypts of the castle as the carnage takes place above.

In the episode, she even directs townspeople and refugees to their hiding place as they gear up for the war. “When the time comes, you’ll be down in the crypts. They’re the safest place to be,” she tells one woman.

Gilly isn’t the only one promoting this strategy. Later in the episode, as the characters discuss battle plans, Jon Snow says Bran should also hide underground to stay safe from the Night King. “We’ll put you in the crypt, where it’s safest,” he tells him. Even Daenerys Targaryen orders the same of Tyrion Lannister so she doesn’t lose her Hand of the Queen in battle.

We even saw Varys huddling in the catacombs with women and children for a split second in the Season 8 trailer. 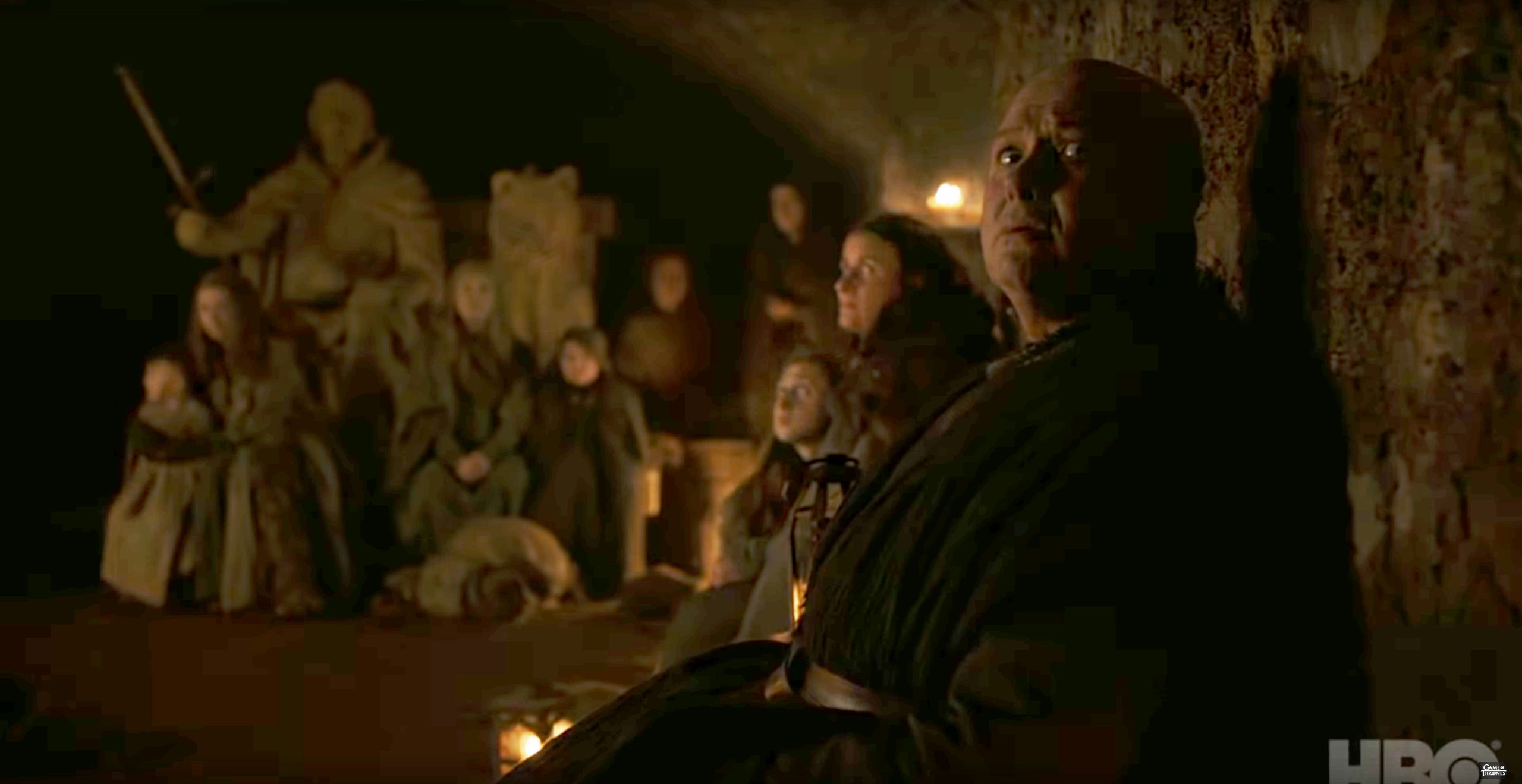 But let’s just hold on one second. Isn’t this a terrible idea?

The Night King can literally raise people from the dead. So why put Winterfell’s most vulnerable people amongst buried corpses underground? Jon knows how the Night King operates. Even in early seasons of Game of Thrones, he tells people in the North to burn their dead so they don’t get wight-ified by White Walkers. He should know better than to keep innocent people nestled amongst potential zombies in an enclosed space.

GoT viewers pointed out the possible danger in the crypts as well.

The situation seems worse once you consider who’s buried in the crypts: members of the Stark family, including Ned, Lyanna, and Rickon. (Robb’s body was desecrated by the Freys and it’s unclear where—or if—Catelyn is buried.) The prospect of Stark zombies did not sit well with fans. Some even hypothesized about this possibility after a scene in the Season 8 trailer showed Arya running in the crypts. People wondered whether she was being chased by undead versions of her family.

A few viewers also noted that in the teaser for next week’s episode, Daenerys sternly tells Jon, “The dead are already here.” Is she speaking literally, referring to the corpses lying beneath Winterfell?

To top it all off, Vladimir Furdik, the actor who plays the Night King on GoT, teased that he’d have a similar resurrection moment like he did after the Battle of Hardhome in Season 5.

“There’s also that moment [in ‘Hardhome’] when Jon Snow was on the boat and the Night King looked at him and raised his arms — there’s a similar and even stronger moment between Jon and the Night King this time,” Furdik told Entertainment Weekly ahead of Season 8. Was he speaking of the dead at Winterfell?

Game of Thrones airs on Sundays on HBO at 9 P.M. ET.