George RR Martin’s series of novels, A Song of Ice and Fire, have provided the basis for HBO’s Game of Thrones for eight seasons now. Martin created the Game of Thrones universe in his books and paved the way for the global success of the HBO show which is currently airing its final run. As season eight continues on HBO and Sky Atlantic in the UK, fans are wondering just how accurate the TV series compared to Martin’s books.

How accurate is Game of Thrones to George RR Martin’s books?

WARNING: This article contains spoilers from Game of Thrones seasons 1-8.

Game of Thrones seasons one to five was able to draw influence directly from Martin’s novels.

Martin had written five novels in the A Song of Ice and Fire series before the HBO series got underway.

HBO could, therefore, base the first five seasons on the corresponding books.

Seasons six, seven, and eight all still draw heavily from Martin’s work, obviously, but aren’t based directly on Martin’s next books The Winds of Winter and A Dream of Spring.

Express.co.uk spoke exclusively to John Jasmin, editor and founder of globally popular GOT fansite Tower of the Hand, to discuss how faithful the HBO series has been.

WHEN IS GAME OF THRONES SEASON 8 ON NETFLIX? 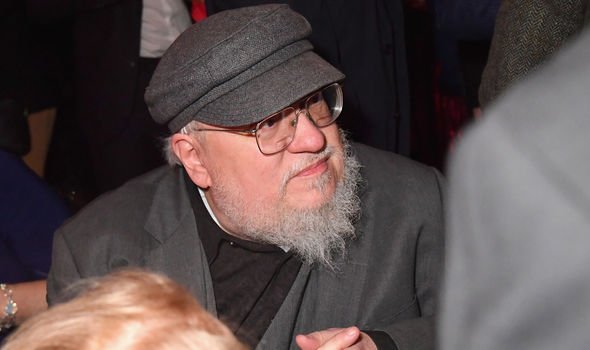 Jasmin said: “The first four seasons of Game of Thrones did an admirable job of following the first three books of the series, hitting almost all of the major plot points that Martin first wrote about.

“The next season took somewhat of an abridged path to the remaining books.

“Daenerys (Emilia Clarke) had to fly a dragon and Jon (Kit Harington) needed to be betrayed by the Night’s Watch,

“But where Martin wrote about the pitfalls of leadership that led to those pivotal moments, the show seemed intent on simply getting to the big action scenes as efficiently as possible.

“It’s widely assumed that the producers of the show know the end that Martin had in mind,

“So I’ve always believed that season seven was an attempt to bring the show back in line to where it needs to be to match Martin’s conclusion in season eight.

“Perhaps the show’s biggest omission is that of Lady Stoneheart, the resurrected Catelyn Stark (Michelle Fairley), hellbent on revenge.

“Martin has repeatedly stated that he wishes the show had found time to include her. I can’t imagine how different the show would be with her in it. 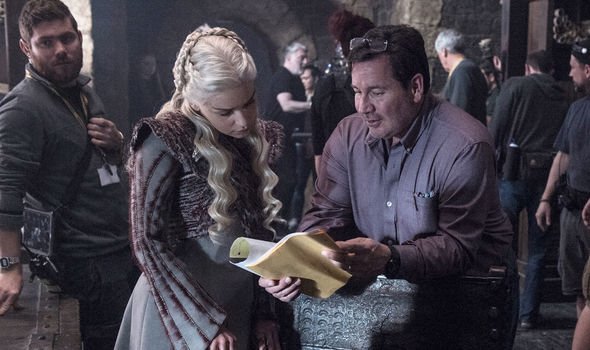 The GOT expert also spoke about how last season and the current run deterred or conformed to Martin’s way of writing.

The Tower of the Hand editor continued: “Season seven featured a lot of reunions from characters who hadn’t seen each other in years.

“I suppose it’s inevitable that the books do this, too, but so far Martin has defied expectations,

“(He prefers) to pair up characters who don’t already have an established relationship rather than allow them to catch up with their long-lost friends and family.

“It’s one way I think the show suffers for giving the fans what they want to see.

“The season eight premiere continued to do a little of this, mostly with Arya (Maisie Williams) reuniting with Jon, Gendry (Joe Dempsie), and the Hound (Rory McCann).

“But I think the characters are all where they need to be now, and as Bran (Isaac Hempstead-Wright) chided, there’s really no time left for pleasantries.” 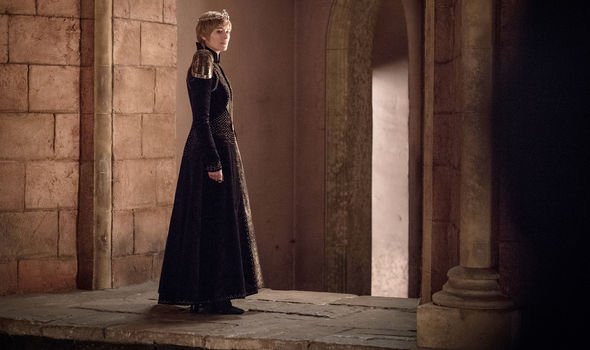 Martin’s next novel, The Winds of Winter, is yet to receive a release date.

The Game of Thrones author did tell 60 Minutes on CBS that writing was still ongoing and “going very well”, however.

His first five novels in the A Song of Ice and Fire series are as follows:

Each one is available to buy now for fans who want to read more about their favourite character’s backstory.