Fans saw an epic Game of Thrones tussle between Euron (played by Pilou Asbaek) and Jaime Lannister (Nikolaj Coster-Waldau), which resulted in Jaime killing Euron to get to his sister Cersei Lannister.

Euron believes he has killed Jaime and killed off the threat to Cersei’s love, but Jaime recovers and strikes the fatal blow.

However, fans never actually saw him die and in the HBO show this can often mean that person is not actually dead.

Actor Pilou has revealed the importance of not seeing him die to TheWrap: The reason why I didn’t want to die [on screen] is because I thought it would be so much fun to tease [“Game of Thrones” creators Dan “D.B.” Weiss and David Benioff], because of course they wrote the scene as if he would die.

Euron wanted to kill Jaime for the love of Cersei

So did [episode director Miguel Sapochnik], he wanted to direct it as if he would die. But I didn’t want to do that, because you know sometimes you gotta take a piss at the showrunners. And I was like, ‘What if I don’t die? What if I just smile and look off?’ And they were like, ‘Yeah, that’s nice’.”

He also goes on to explain why Euron had to fight Jaime instead of running for freedom: “OK, there’s several reasons. Reason number one is his entire fleet just got burned down by a dragon, that’s pretty devastating for a guy. He’s been swimming several miles in his leather suit, so he’s tired and he doesn’t want to go out on a boat again for a while.

“And he loves the queen, Cersei, and the queen will always be in love with her brother, Jaime Lannister. So for him to get the woman he loves, he needs to kill the guy.

“If he can go and show her the head of Jaime Lannister, she will be so afraid of Euron Greyjoy that he would make her be with him so he would reign with power. And he’s one of those guys that wanna see the world burn.

“I could give you a long story about why, etc. and so on, but at one point you just gotta go with what is given and how they wanna do the scene, and that’s how they wanted it. They wanted Euron and Jaime to fight. Also because I think Dan and David might have thought it would be fun to have two Danes fight each other (laughs).

“But I think Euron wanted to kill Jaime for the love of Cersei.” 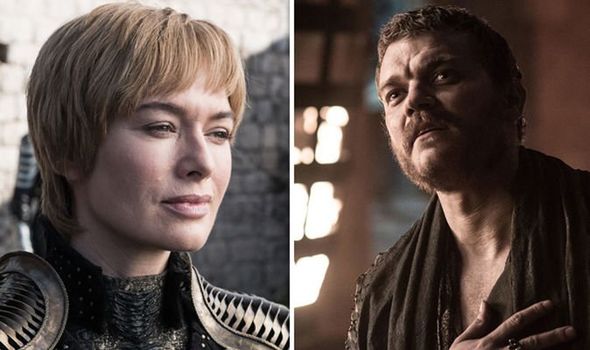 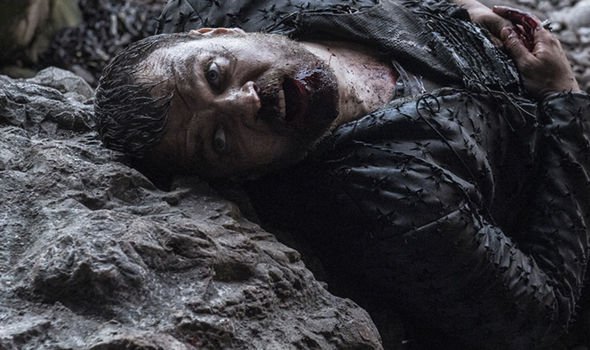 He did not manage to kill Jaime, although he thought he had.

Fans loved when he said: “I’m the man who killed Jaime Lannister,” but was sadly mistaken.

Jaime managed to escape and return to Cersei and die together.

Cersei, like Euron, is not seen dead and fans have been wondering whether she is actually dead or not.

They were left fully unsatisfied by her death and not becoming someone as evil as her. 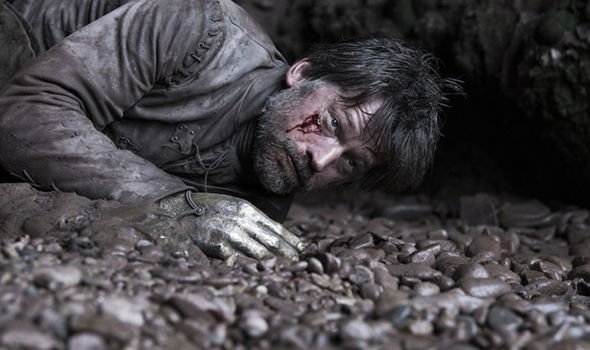 Pilou has said he understands the fan frustration, but believes it is impossible to please one billion people.

Another death that angered fans was that of Varys (Conleth Hill) and this contributed to a large death toll at the end of the episode.

Fans are wondering if Varys tried to poison Daenerys in what would have been a huge twist.

She killed him before he had chance to stop her because he was the only person who saw what she was about to do.

Meanwhile, fans have rated one episode the worst ever and it is a shock.