The Essex reality star has promised viewers she's going to be giving them a treat with a new performance – which could possibly feature her being lifted by pro partner Matt Evers. 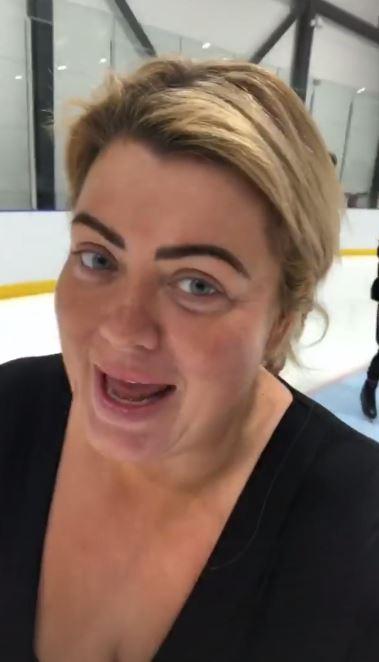 The 37-year-old told fans she was either going to 'break someone's back or break the internet' in her latest Insta story.

The blonde bombshell teased: "We're working on our new routine and if I don't break someone's back I'll be breaking the internet… Tune in."

Last week, the nimble star wowed crowds by doing the splits – so she's set the bar high for herself.

She was joined at the ice rink by former S Club 8 singer-turned-choreographer Aaron Renfree for some extra sparkle. 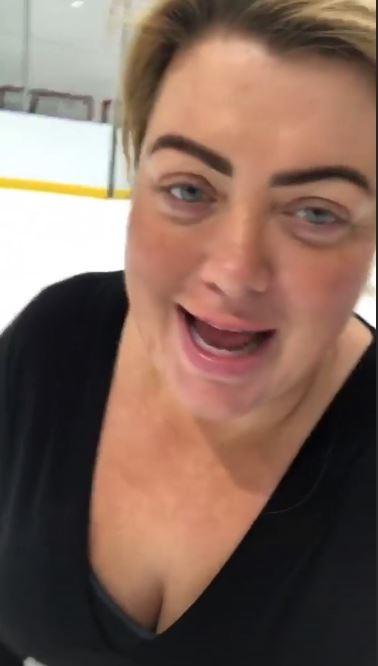 The Towie star is getting in great shape by training two hours a day and burning 1,000 calories a time, her dancing partner Matt Evers told The Sun Online exclusively.

"Gemma has never really been exposed to going to the gym, that's not what her passion is," Matt, 42, said in an exclusive chat.

This Sunday ….. @dancingonice @itv 🙏 feeling terribly scared sick nervous you name it ….. your support has been overwhelming however this is the most nerve racking situation for me 😳😳😳 #petrified #nervous #feelsick🤢

"So when we first started out we went from 15 mins on the ice, before having to sit down and have a break.

"Each week we would build it up and after five weeks I held her hands and said, 'Babes you do realise you've done 2 hours straight.'

"The confidence that she has since she has been losing the weight – she feels sexier," he said.

"Last week at the costume fittings the wardrobe team had to take off four inches from her waist from where she was before Christmas. It's just incredible."

#Repost @themattevers with @get_repost ・・・ Words cannot explain how proud I am of this human being. I hope tomorrow evening you will see how people and perceptions can change. Through hard work, pain, perseverance and struggles we find ourselves. There’s no point in living our lives if we don’t want to or choose to grow. @gemmacollins1 has worked so hard over the past 3 months and in my eyes has changed. No it’s not been easy… it’s ice skating for Pete’s sake but she’s learned a new skill and found a new “her”. Let’s kick some ass tomorrow night girl and have a blast. #dancingonice

And he says that in real life, she's adorable. He said: "The real Gemma Collins is sweet, and kind. She's a friend for life. She talks to everybody.

"But The GC is her alter-ego. Her defence mechanism. She totally owns it!"