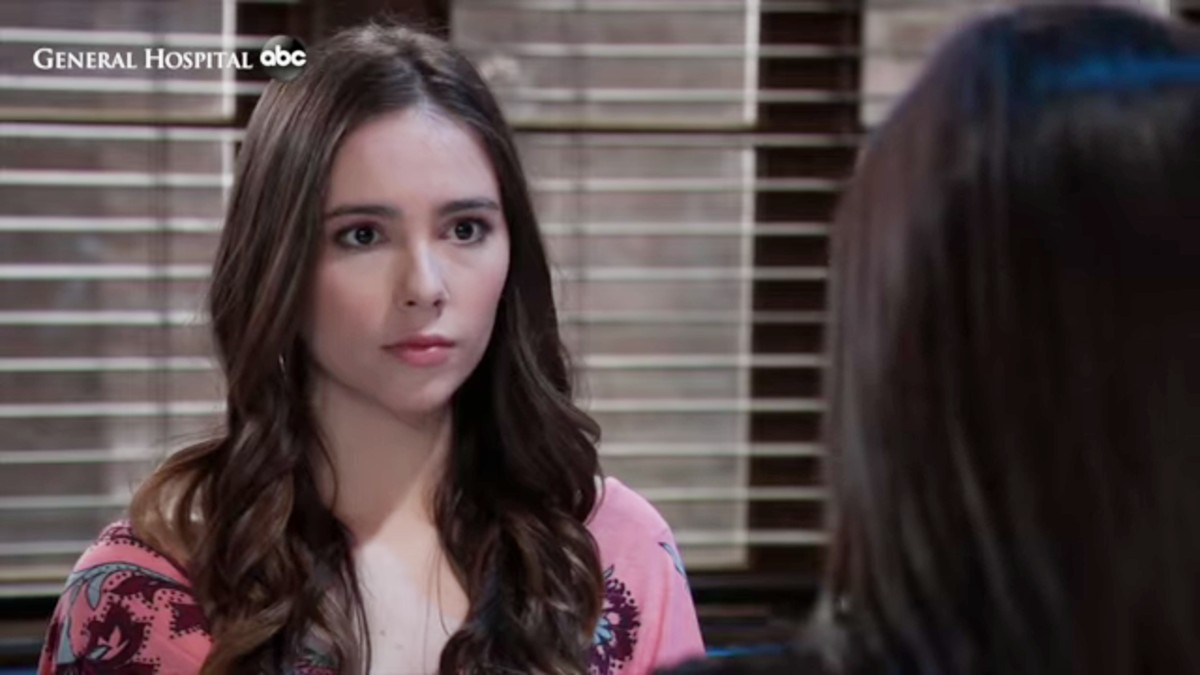 General Hospital spoilers for next week promise there is more drama ahead for the residents of Port Charles.

Coming off a sad and emotional week, viewers can expect more backstabbing and lies as the next several days unfold.

Even though Carly (Laura Wright) saw Nelle (Chloe Lanier) fall off the cliff, her body had not yet been recovered. Toward the end of the week, Chase (Josh Swickard) will pay Mrs. Corinthos a visit.

There is way more to the story than Carly let on.

She was advised by Jax (Ingo Rademacher) to keep quiet and only reveal the bare minimum. The fact that Nelle did not pop back up and had no other means of transportation to go anywhere has caused some doubt about the story.

Will Chase press Carly for more information about that night?

Remember, she never did tell Sonny (Maurice Benard) the truth about what happened. She and Jax are the only two people who know she saw Nelle fall off the side of the cliff while she attempted to help her.

Meanwhile, Julian (William deVry) is shaking in his boots now that Britt (Kelly Thiebaud) is back in town. She is the only one in Port Charles who knows he knew about Wiley and kept quiet.

Now that Nelle is missing, he has to deal with the obstacle in front of him.

Julian will go to Martin (Michael E. Knight) for help. He was handling Nelle’s affairs, but will he help the husband she left behind?

Liz and Franco have troubles

It has been foreshadowed for a while now, but it looks like things between Franco (Roger Howarth) and Liz (Rebecca Herbst) are starting to break down.

Next week, Nikolas will run into Liz. The two have mixed emotions when it comes to the moment they shared, but no one can know because of his prenuptial agreement with Ava.

With tensions rising in her marriage, will this be the end of Franco and Liz for good?

Alexis (Nancy Lee Grahn) is going to need her daughters around in the coming week.

Molly (Haley Pullos) will have plenty of screen time due to what is happening on General Hospital. She will be hanging out with her mom following the devastating news that Neil (Joe Flanigan) died.

Also, there will be a lot Alexis will be dealing with after learning she has Osteoporosis. Molly and her sisters will need to step it way up.

TODAY ON #GH… Alexis wants an answer to her pain. Plus, Brando suggests he and Molly tell TJ the truth and Avery sneaks off. Don't miss it! #GeneralHospital

TODAY ON #GH… Alexis wants an answer to her pain. Plus, Brando suggests he and Molly tell TJ the truth and Avery sneaks off. Don’t miss it! #GeneralHospital

She will also have some significant guilt about what happened between her and Brando (Johnny Wactor). As TJ (Tajh Bellow) grows closer to him, the dishonesty will eat away at her.

Be sure to tune in every day next week to make sure you don’t miss a single moment of the drama.