Comic-Con: Takei speaks during panel for AMC’s “The Terror: Infamy” 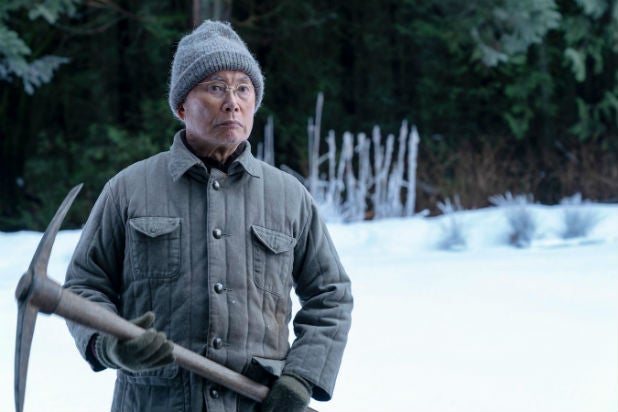 George Takei didn’t mince words when talking about the current political climate on Friday, telling a packed crowd at Comic-Con 2019 that statements made by Donald Trump — and Trump’s border policies — are “an echo from my childhood.”

Takei spoke during the panel discussion for AMC’s “The Terror: Infamy” at Comic-Con 2019. The second season of the anthology series “The Terror,” which Takei stars in and also serves as a consultant, is set in a Japanese internment camp during World War II, much like the camps Takei and his family were imprisoned in from 1942 to 1945.

When asked during the audience Q&A how he feels about statements made by Trump about immigrants, or the detention centers on the border , Takei was blunt. “When Donald Trump was campaigning for the Republican nomination, and among his other statements he called for a complete and total ban on Muslims coming into this country, I heard an echo from my childhood,” he said.

Takei continued, saying that Trump’s statements such as calling Mexican immigrants “Drug dealers, criminals, rapists,” hit him particularly hard. He compared those comments to his own experience, saying “the power of that generalization” about Japanese-Americans in the 1940s “was, people with this face are potential spies, saboteurs.”

“For me that mentality was the same,” he concluded. “It didn’t change me. I recognized it.”

The audience gave Takei a standing ovation for his comments.

TheWrap is in San Diego all week for Comic-Con 2019 — check out all of our ongoing coverage here.