The illusionist, who found fame on Britain's Got Talent, joked it would have been better to make Piers Morgan disappear, but made do with Kate instead. 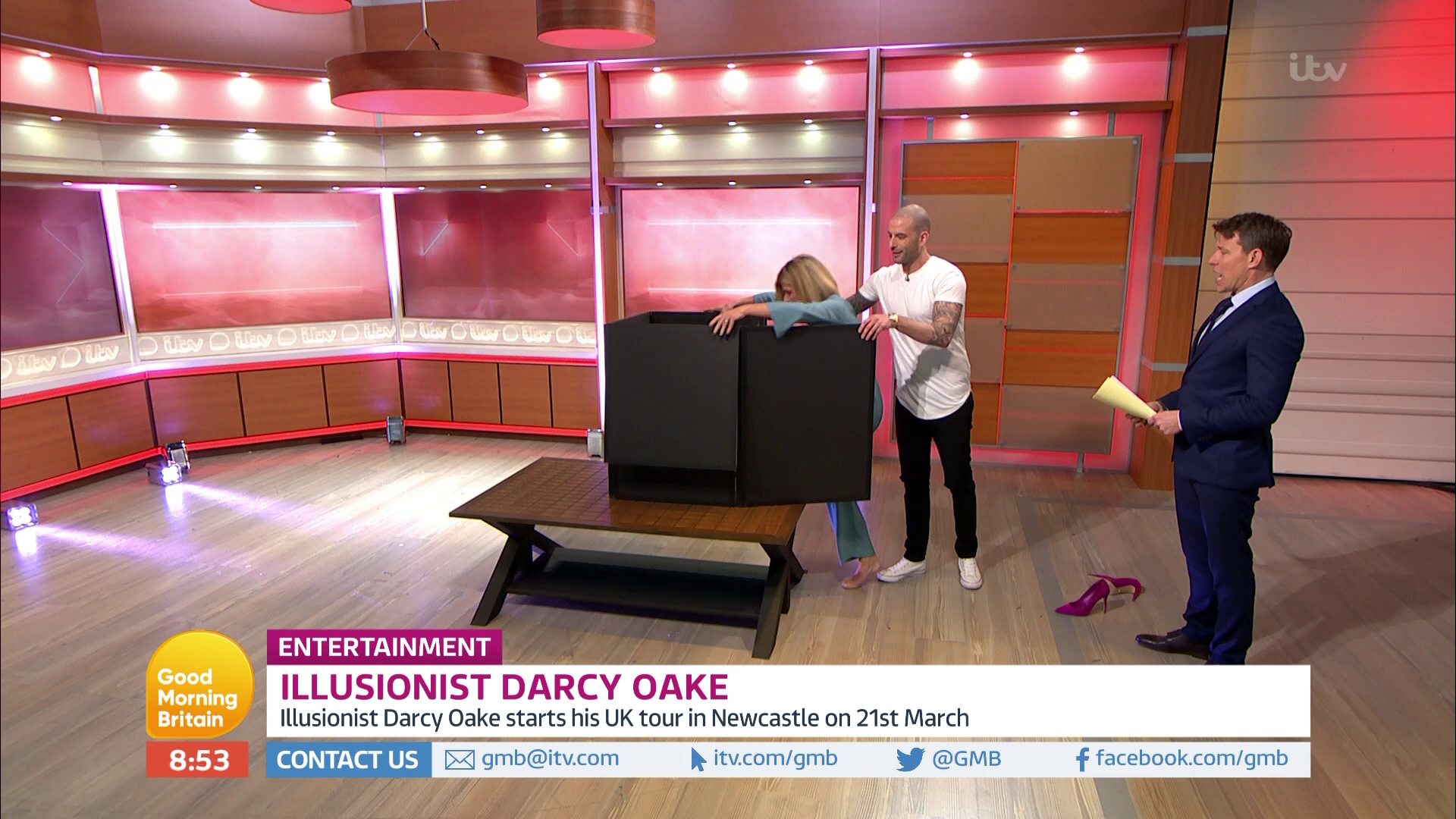 Before taking part in the trick, Kate, 52, told viewers: "This could be my career highlight, you never know."

And Darcy insisted it "could all go south," leaving Kate visibly nervous on the ITV breakfast show.

Before he delivered the stunt, Darcy reassured viewers that there would be no camera angle tricks.

He said: "I just want to say to everyone at home, this is live television, one continuous shot and the camera will not pan away." 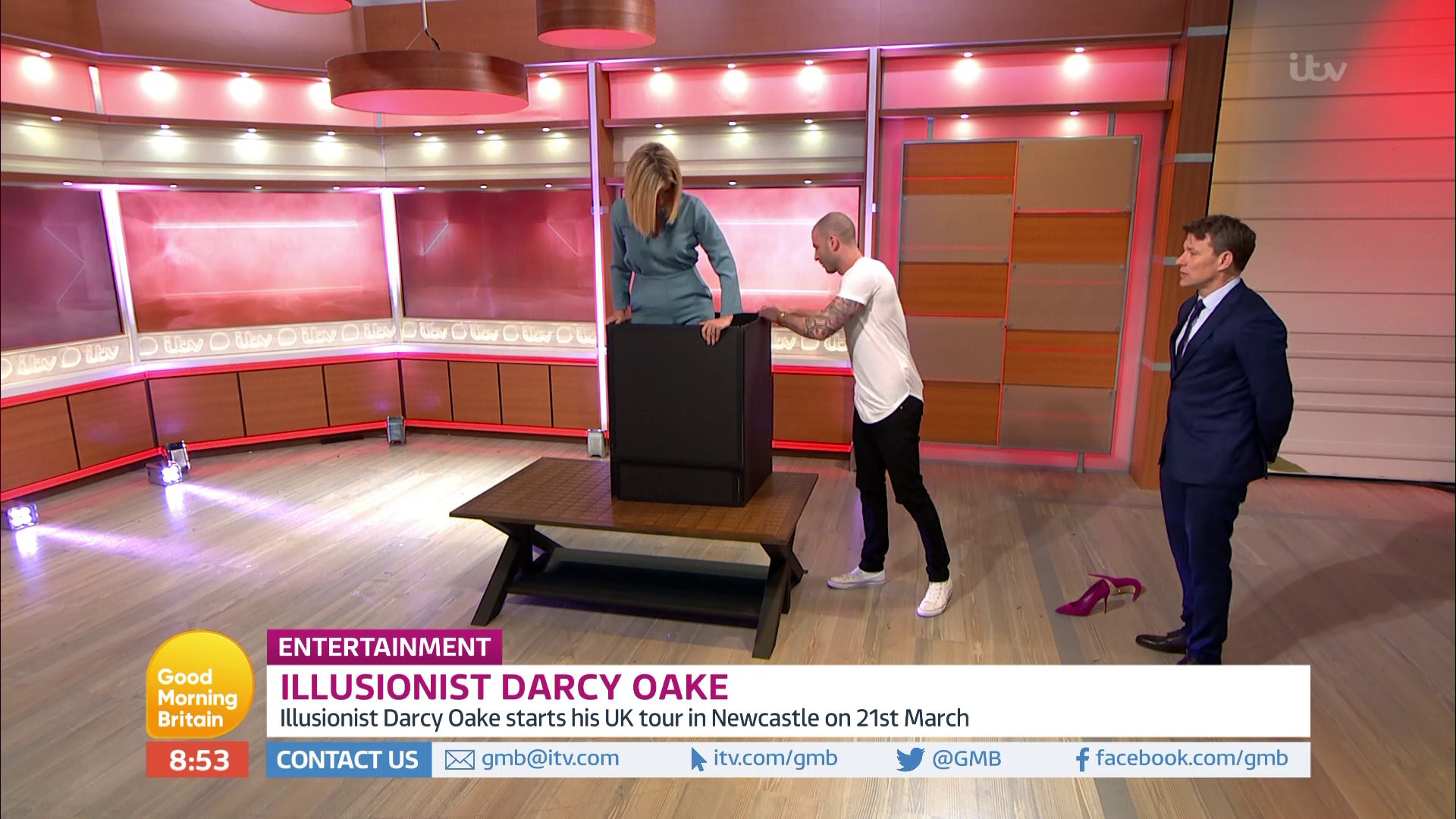 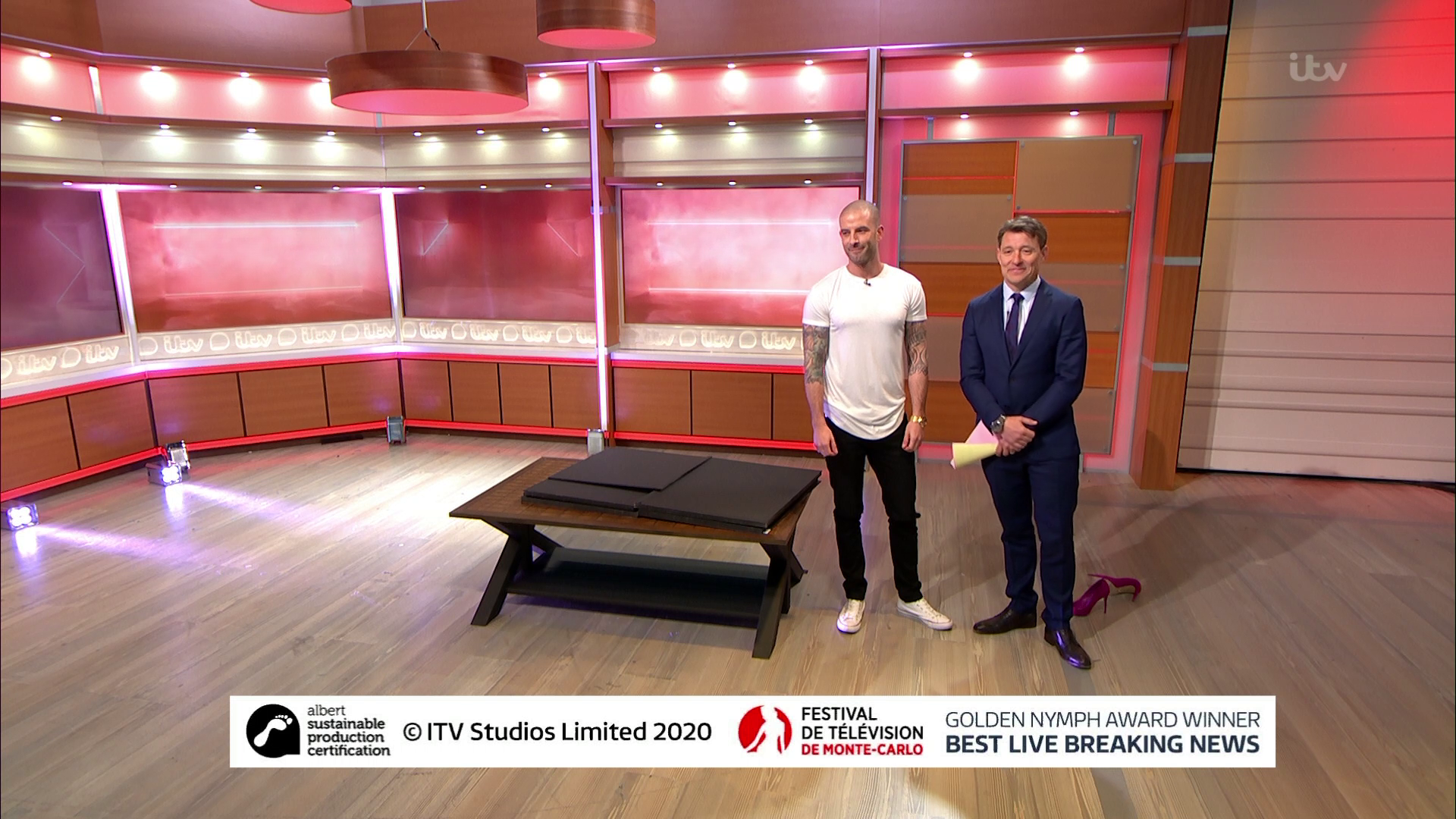 People at home were utterly amazed when she then clambered into the black box and seconds later it collapsed, with the star nowhere to be seen.

Viewers couldn't believe it when the box collapsed, with Kate gone.

Another wrote: "That was actually quite impressive"

But other fans insisted that had figured out the trick. 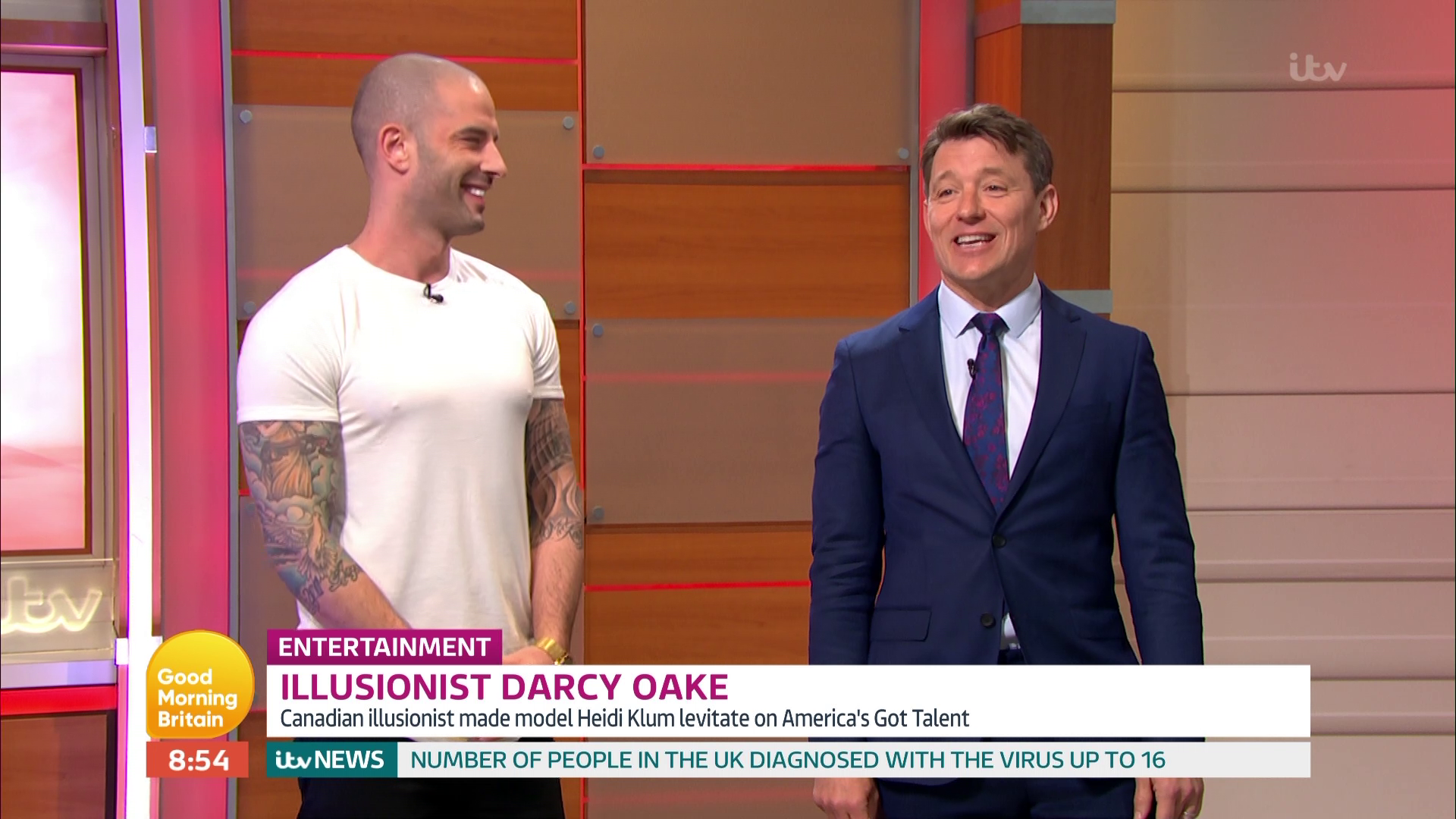 One scoffed: "Kate has to be in on it otherwise the trick cannot be done. Plus the bit he was yapping Kate crawled away at an angle we arent privy to."

Another said: "Pity you could see the trap door when he collapsed the box."

Kate failed to return to the studio before the end of GMB, and Ben quipped afterwards: "Darcy you are my hero, I've been trying to do that for years."

Earlier in the show, Kate admitted she hadn't been fully briefed on what would happen when she climbed into the box. 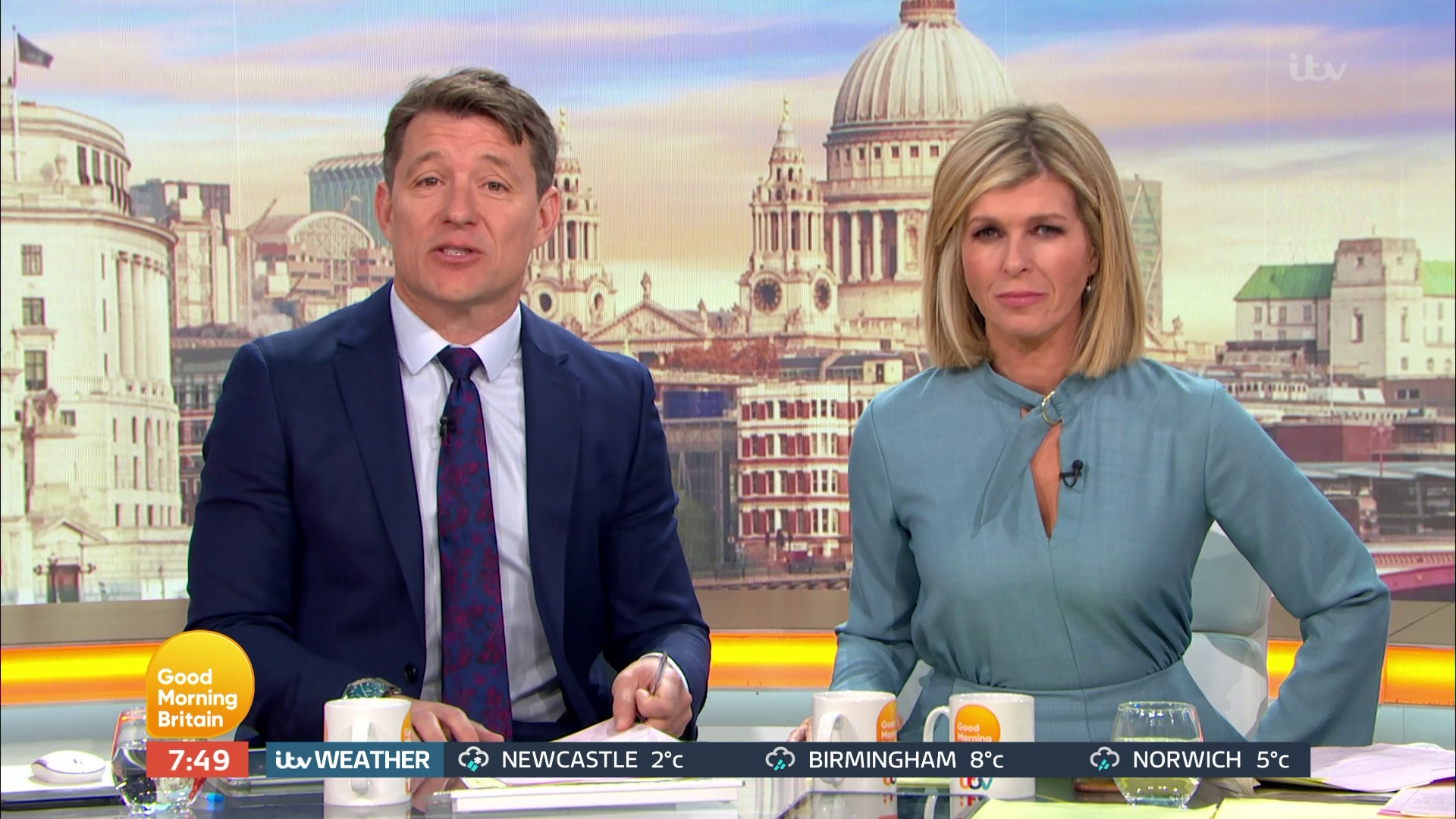 She said: "No one has actually explained where I go to. All I know is that I have to get into a box and that is it. And Darcy will do the magic."

Darcy, who is a member of the magic circle, is set to tour the UK in March after he first wowed first judges on BGT in 2014 and on the American version of the show.

The Canadian's interest in magic was sparked at the tender age of seven when his father, award-winning sports broadcaster Scott Oake, got him in on a card trick.

As he moved into his teens, Darcy, 31, became the youngest person in history to win the Pacific Rim Professional Stage Challenge at the age of 16.

He previously said on reaching the BGT final that if he won the series' £100,000 prize money, he’d use the cash to fund a rehab facility his family had set up in Bruce’s memory.