Good Morning Britain presenters Ranvir Singh and Adil Ray carried out a controversial debate last week on whether people should cut friends out of their lives if they refuse to take the Covid vaccine. However, the discussion has led to several viewers reaching out to Ofcom to complain about last week’s segment.

Ranvir and Adil welcomed Nick Hewer and Dominique Samuels onto GMB to discuss the question.

The debate aired on June 1 and saw the former Countdown host criticise Dominique’s stance on the vaccine.

Dominique branded the suggestion “reeks of middle-class snobbery” while Nick argued everyone needs to stick together to confront a “common enemy”.

Ofcom received 2077 complaints about the segment in the last week. 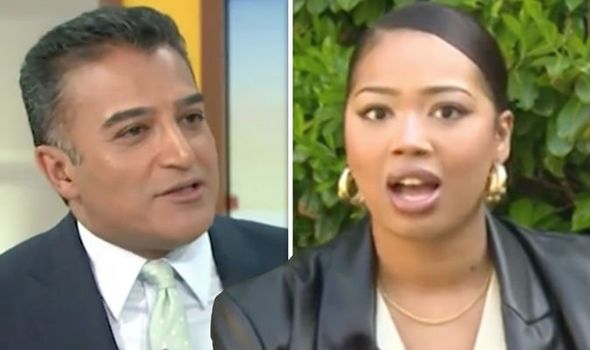 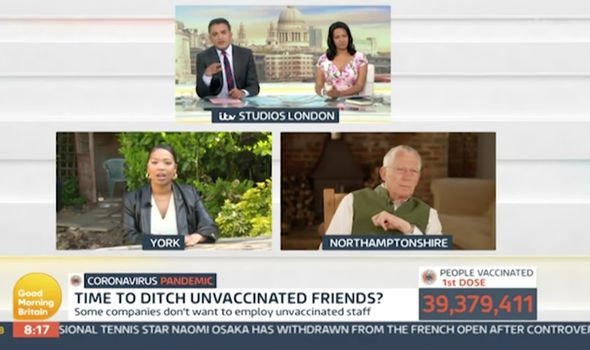 ITV viewers were infuriated with the debate as one tweeted: “One confused viewer penned: “Seriously, what’s this weirdness with not wanting people to know if you’ve been vaccinated? Do people act this way about any other vaccine? It’s so weird.”

Another said: “What a ridiculous debate. People have the right to decide who they do/don’t spend time with whether that’s because of vaccine or any other reason.

“If friendships are fractured by not being invited to a dinner party, then they can’t have been very good friends to start with.” (sic)

Agreeing with Dominique, a third said: “I totally agree with her. I am pro-vax but I do not think we should be judged and segregated if we don’t want the vaccine. It’s another way to spread hate amongst humans. The media shouldn’t be doing this.” (sic) 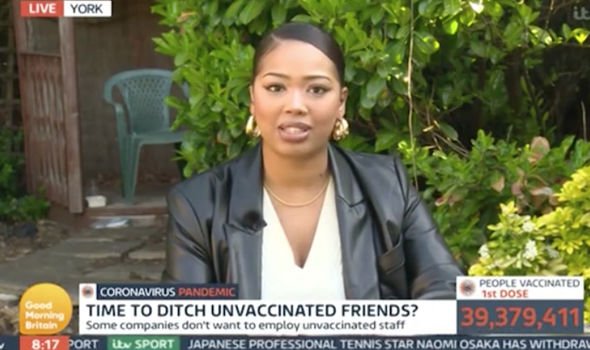 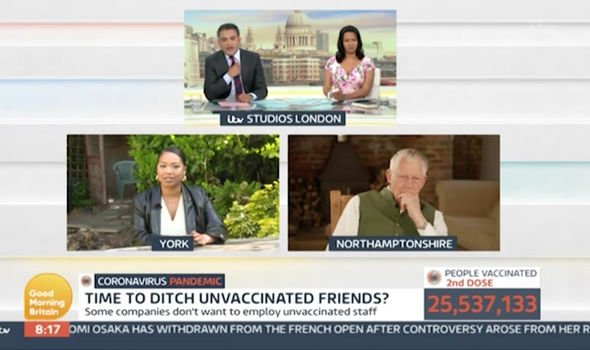 “It’s your choice to have who you want at your party. Nothing to do with controlling or making choices for other people. You are not psychotic just protecting yourself,” a fourth wrote.

During the debate, Dominique clashed with both Nick and GMB presenter Adil.

She said: “I just think it reeks of middle-class snobbery. I am having a dinner party but I shall not invite the unvaccinated.

“I think that most people will be worrying about clawing their businesses and their mental health back from the depths of hell.

“Not whether or not they are going to segregate someone from a dinner party. There are various reasons why one might not get the vaccine.

“This is reflective of a worrying trend we are seeing in our society where people feel they have the right to dictate over other people’s personal choices.”

Adil challenged the GMB guest’s views but she hit back: “I just think you don’t need to be psychotic and try and control other people’s life choice.”

“Dominique, Dominique, I’m sorry but you can’t just be extreme,” Adil raged “Nothing I have said there is psychotic, what have I said that is psychotic?”

He shouted: “What on earth is psychotic about caring for people around you? How does that make me psychotic?”

Former Countdown host Nick added: “Everyone is being rather dramatic about friendships being ruined.

“We’re all sensible people, all we need to do is have a care for the general good.

“During the war, everybody got together to confront a common enemy. There is a big common enemy out there today.

“Dominique’s mutterings about the tiny incidents of the Indian variant, we are poised, they say, on the very edge of a third wave.”

Good Morning Britain airs on weekdays on ITV at 6am.