Gordon, 53, took to Instagram to gives his 9.5 million followers a chuckle as his youngest child tucked into the sweet treat. 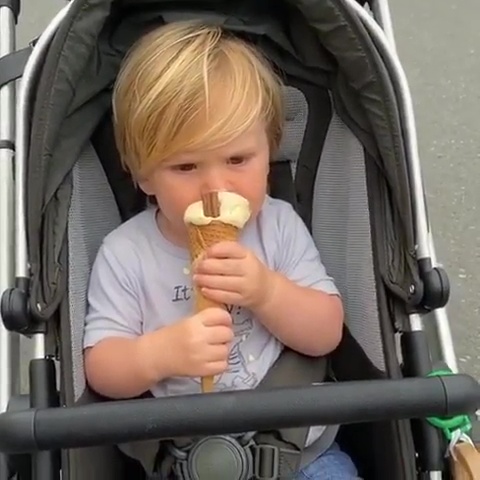 One-year-old Oscar is sat in his buggy as he tackles the ice cream cone – and he doesn't look too impressed.

Wearing denim shorts and a grey T-shirt, the adorable tot has a look of concentration on his face as his mum Tana calls his name, prompting him to look up.

"Oh my goodness," Tana can be heard saying as Oscar's mouth is absolutely covered in ice cream.

Gordon can be heard laughing in the background before saying: “We said earlier, he won’t know what it is!” 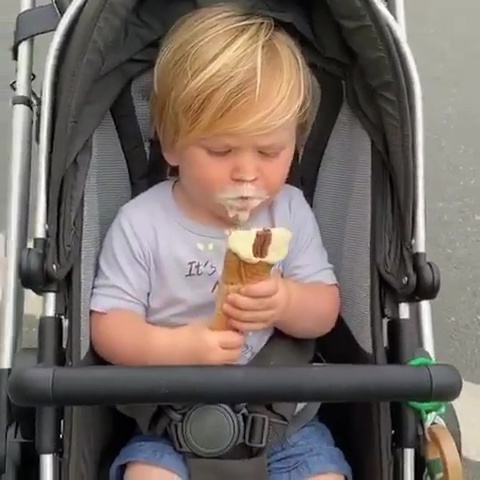 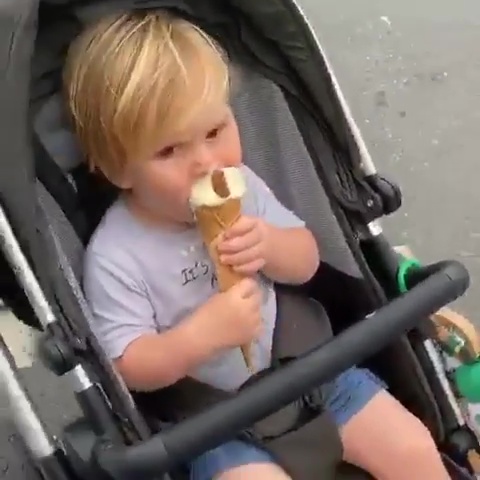 The famous chef posted the hilarious clip along with two photos of his young boy sat in his car seat.

Gordon captioned the post: "@oscarjramsay first Cornish ice cream he’s not to sure at first……. but it did disappear….. down the side of his car seat !!!!" 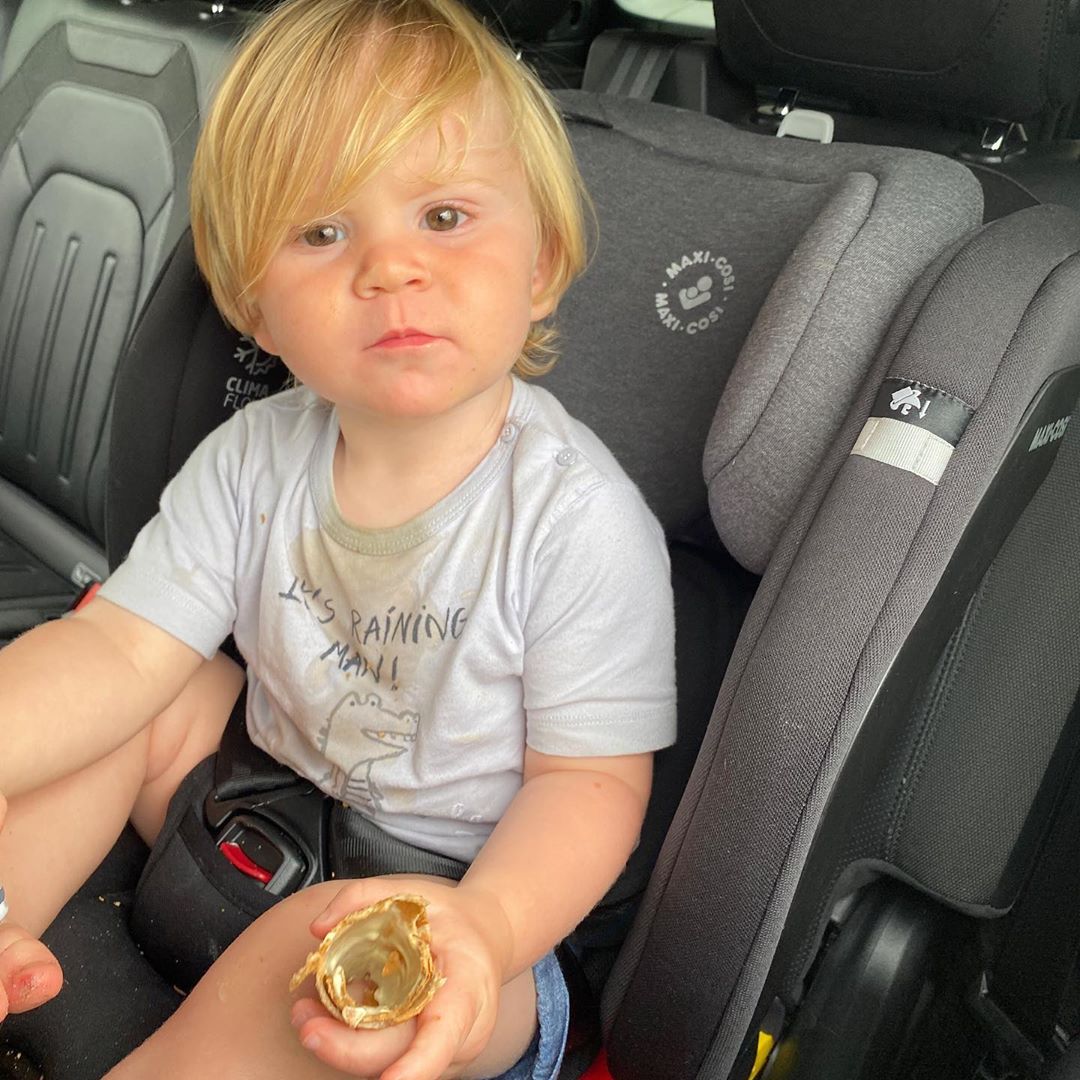 One person wrote: "he’s loving that bless him 😍😍," while another joked: "At least he shared some with his shirt 😂."

Others were quick to notice just how much little Oscar looks like his dad, with one fan describing him as a "mini Gordon".

Another commented: "He is the image of you and simply adorable," while another said: "He's so cute and looks like a copy of his dad hahaha." 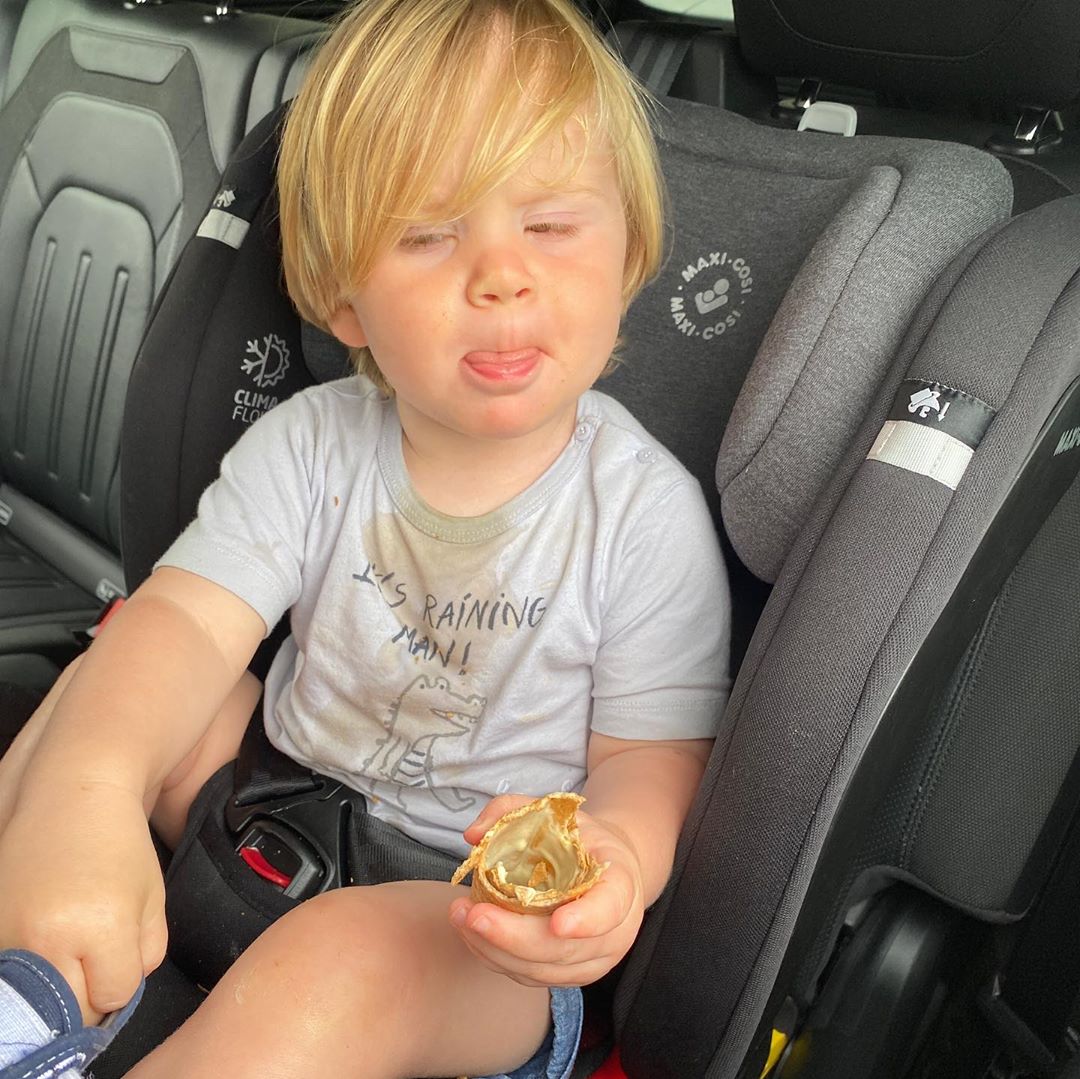 Over the weekend, Gordon was seen spending some quality time with Oscar and wife Tana on the beach as they relax at their home in Cornwall.

The Michelin star chef looked relaxed as he took in the sand, sea and air with his family, as well as their Cocker Spaniel, Bruno, on Saturday.

Gordon owns a beachside mansion in the nearby coastal village of Rock and has previously sparked fury amongst his neighbours for his decision to move into the £4.4 million property during the coronavirus pandemic.