GUTSY Richard Hammond sits behind the wheel of the car in which he nearly died in a crash in 2006.

The Grand Tour host, 52, suffered a brain injury when the Vampire Dragster somersaulted at nearly 300mph following a blow-out. 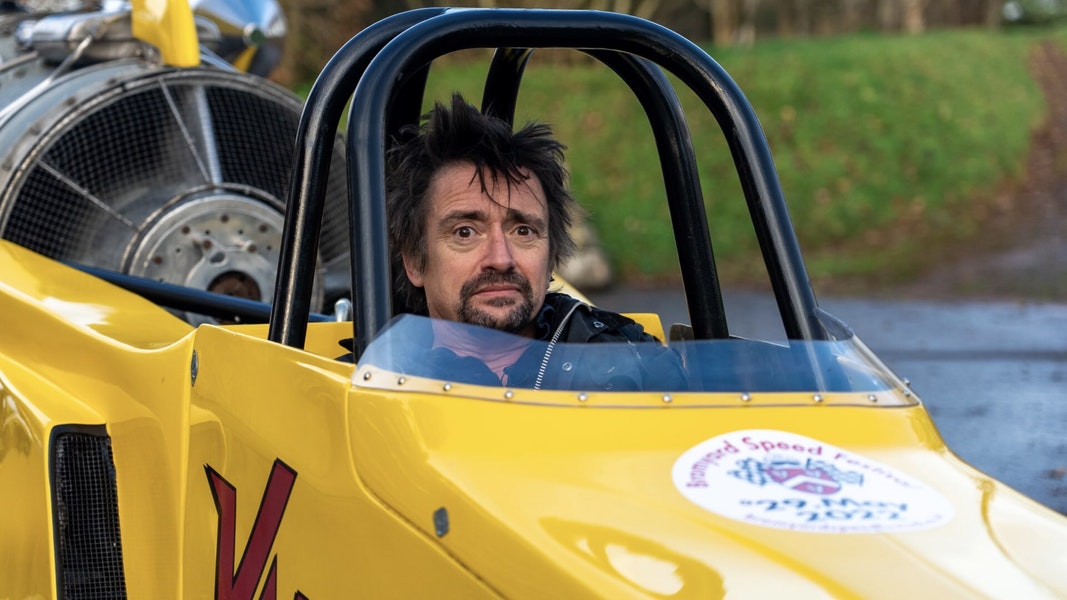 Richard, who was filming for Top Gear, recovered but vowed never to get in the car again.

In a video for YouTube show DriveTribe he said as he approached the car: “You look in better shape than the last time I saw you anyway.”

And as he got in added: “Well, here goes… What’s odd is I remember the last time I got in this thing, but I don’t remember getting out. So technically, I’m still in it!”

Fans had a joke at his expense with one saying: “Any car he has been in has almost killed him.”

Another said: “Get him out of that. He’ll somehow crash it just standing still.”

Hammond, 52, has told how he thought he was going to die as he lost control of the jet-powered car in 2006 after a blow-out.

He said: “I was upside down inhaling a field. My nose and eyes were full of earth. I’d gone ploughing on my head. 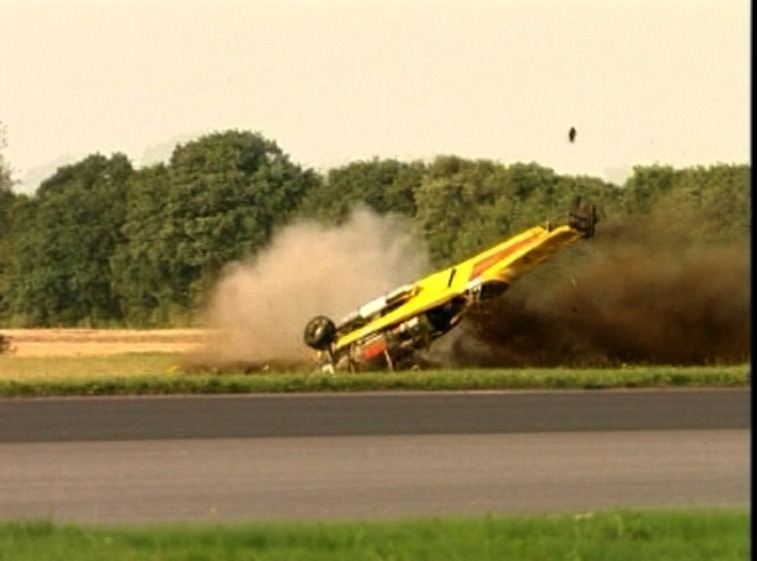 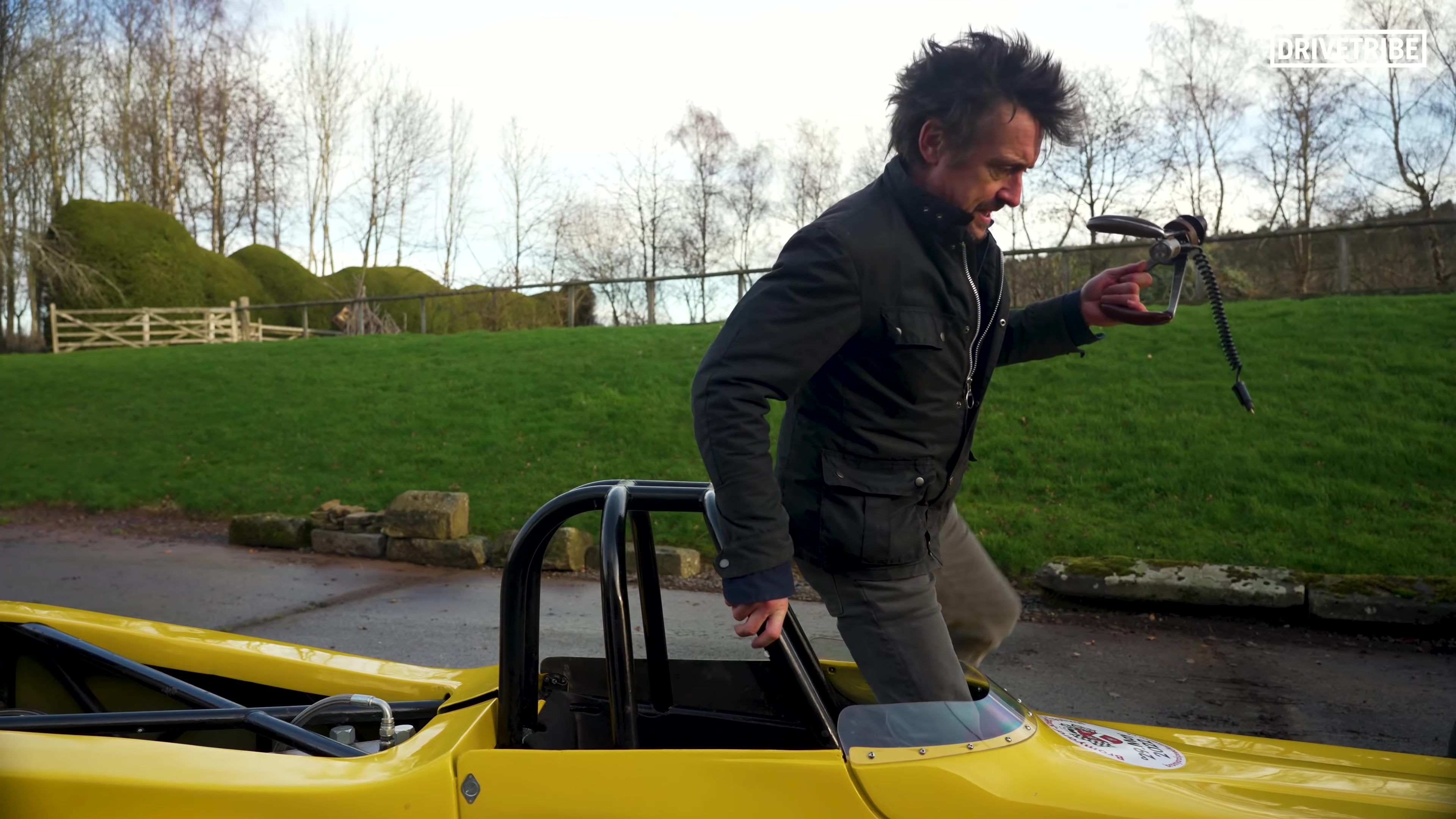 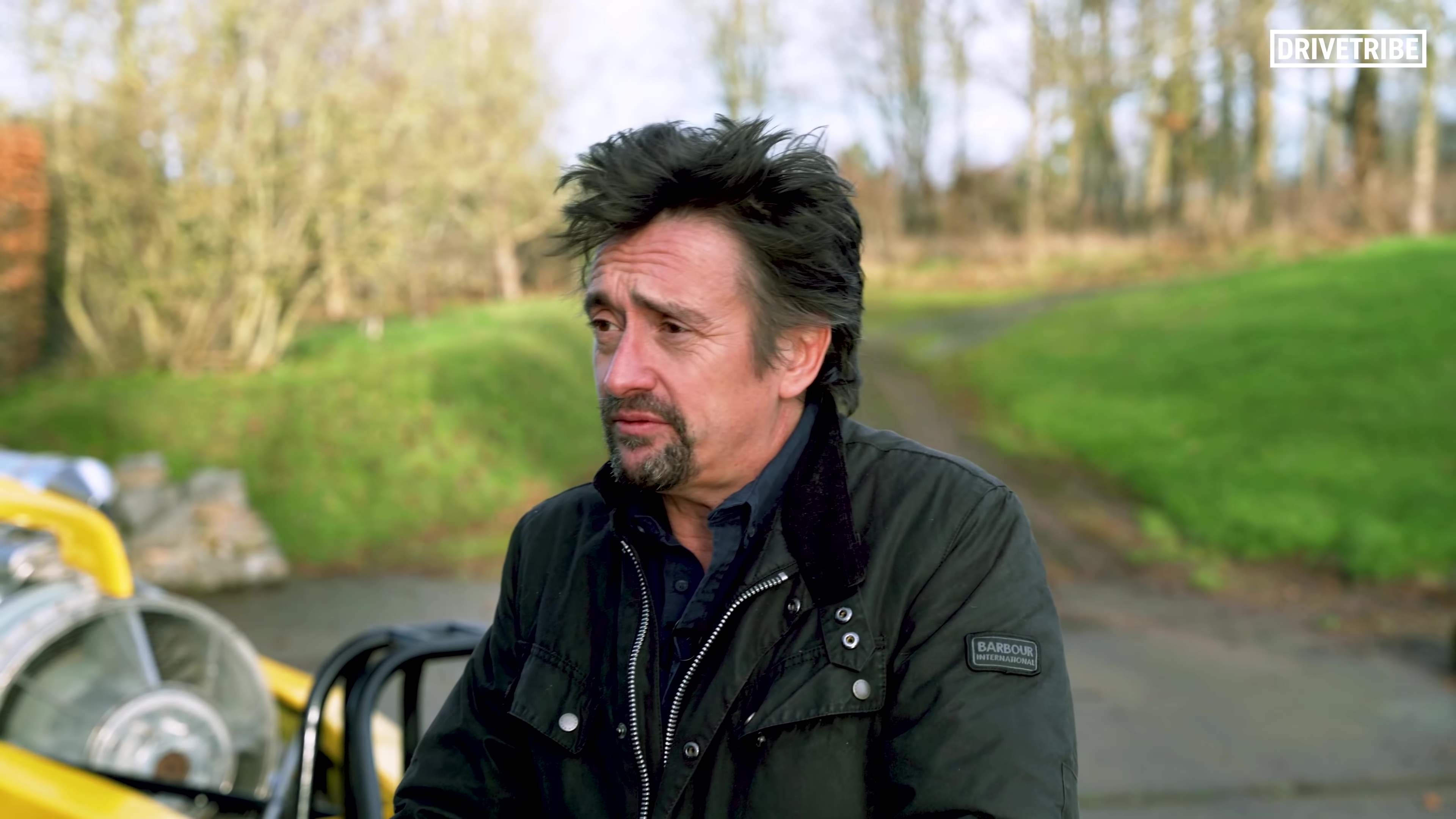 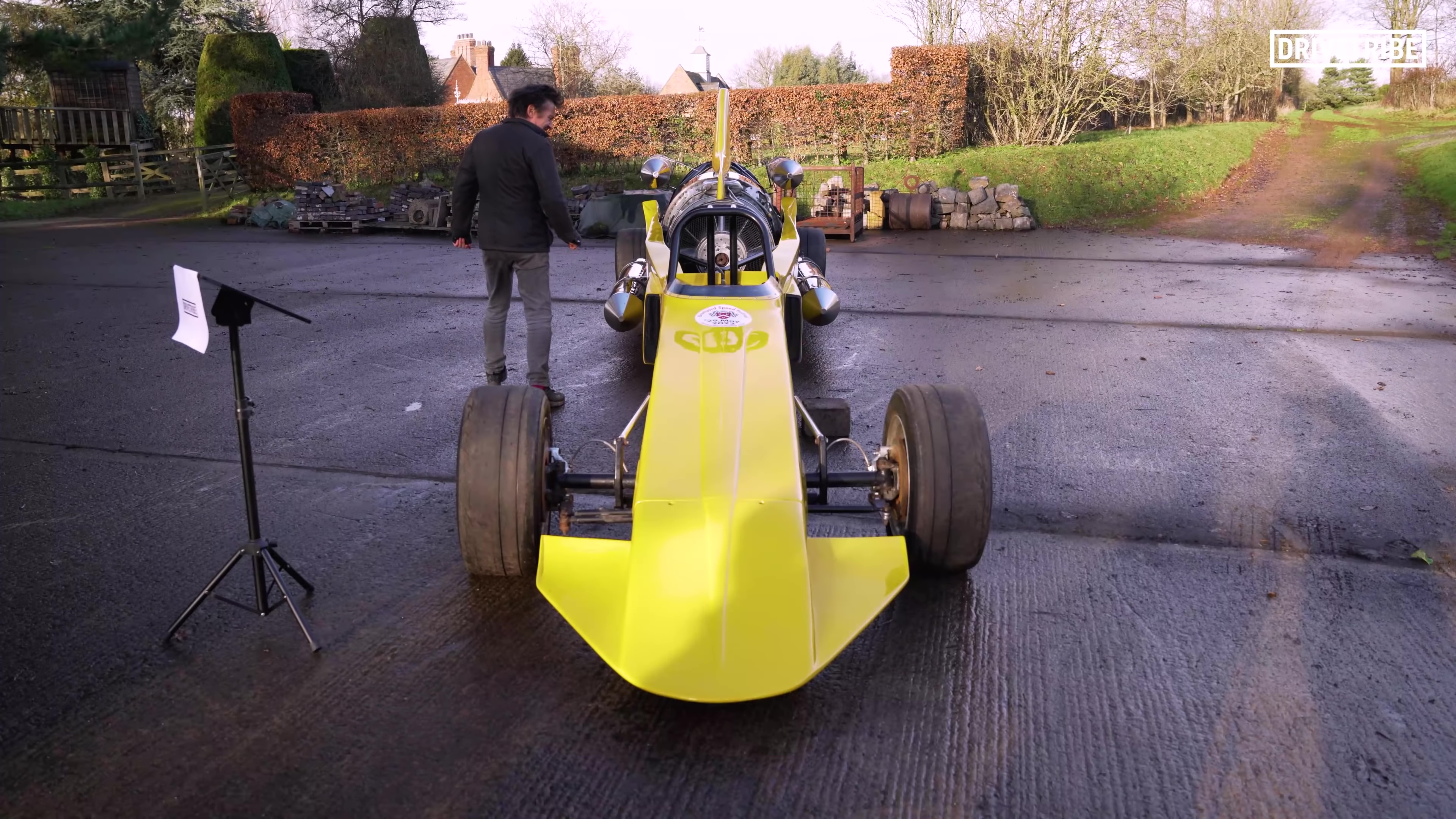