Who is in the cast of Grantchester?

Geordie Keating is an old-fashioned policeman who, in Robson Green’s words, “blames Elvis Presley for broken Britain in the 1950s, corrupting the minds of everyone.”

He is played by Robson Green of Soldier Soldier, Wire in the Blood and the band Robson and Jerome, which he sang in alongside Game of Thrones’ Jerome Flynn.

Sidney Chambers is what ITV calls a “charismatic, jazz-loving clergyman” who for the last three seasons has been solving crimes with Geordie.

The character is portrayed by James Norton who, since appearing in Grantchester found fame in McMafia and has appeared in films like Hampstead and Flatliners.

He left Grantchester season four in episode two, where he handed things off to Tom Brittney. 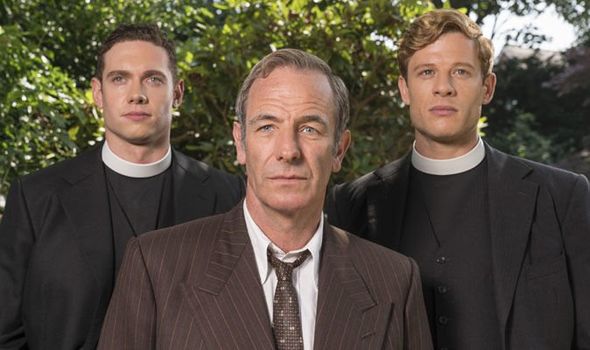 Will Davenport is the new clergyman crime-solving partner of Geordie, described by Tom Brittney as, “an affable, charming, friendly character who tries to bring his youthful energy to the church.”

Brittney has previously appeared in Unreal, Outlander and The Five, as well as 2017 movie Film Stars Don’t Die in Liverpool.

Tessa Peake-Jones, who plays her, is best known as Only Fools and Horses’ Raquel, though she has also appeared in The Demon Headmaster, Unforgotten and Holby City.

WHO IS TOM BRITTNEY? 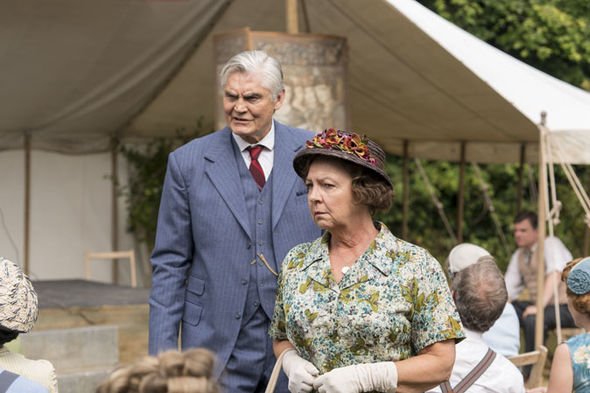 Geordie’s wife is Cathy, who in Grantchester season four is starting to gain independence after getting a job in a department store.

Cathy is brought to life by Kacey Ainsworth, who found fame as EastEnders’ Little Mo, but also had lead roles in Holby City spin-off Holby Blue, The Worst Witch and The Wright Way.

Another member of the Grantchester clergy is Leonard Finch, the junior Anglican curate.

He is played by Al Weaver, who appeared last year in Press and Peterloo and has previously had roles in Doom, Southcliffe and the 2010 version of The Nativity.

HOW MANY EPISODES IN GRANTCHESTER SEASON 4? 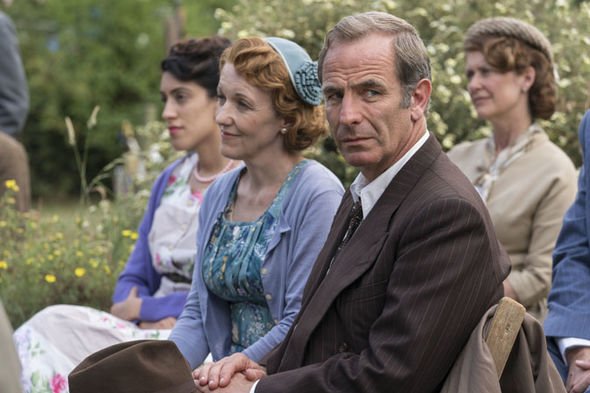 The character is portrayed by Nick Brimble of Emmerdale, Robin Hood: Prince of Thieves and 1980s drama William Tell.