[Note: this article contains some spoilers from season 2 of Love, Victor. Read at your own risk!]

Season 2 of Love, Victor came out on Hulu literally a minute ago, and lemme just say, I have FEELINGS. You’d think with all these episodes, it would be a slow burn to the surprising end of the season, but NOPE. Hulu really did that and made us all fall in love with the newly-out Victor (Michael Cimino) and his extremely hot boyfriend Benji (George Sear) even more than we already were before. Also, do those two have a ship name yet? BRB, have to go think of something.

For those who haven’t been following the new season—and may I ask why not?—here’s an extremely brief summary on where the show left off. Victor, thanks to the help of one Simon Spier (Nick Robinson) the previous school year, is now out, proud and seemingly happy in his relationship with Benji. His home life though? Um, that’s a mess. With his parents separating coupled with Victor coming to terms with his sexuality, there’s a lot of healing that needs to be done there. And despite being a basketball star at Creekwood High, he’s slowly realizing his teammates aren’t too accepting of his openly-gay status.

Needless to say: Victor has got a lot going on, and he needs some help navigating everything. 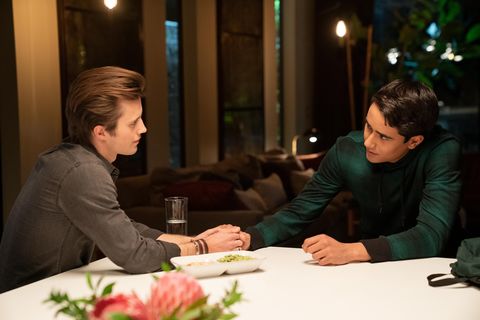 Anyway, now that season 2 is officially a wrap, fans are desperate to know if the show will be renewed for a third season. Here’s everything we know about what viewers can expect.

First things first. Has season 3 even been confirmed yet?

Let’s all gather around and say a prayer to the TV gods, because as of right now, there’s no confirmation on a season 3. But hey, we gotta take a look at the bright side. Judging from the show’s large fanbase, coupled with Hulu liking to take their sweet time in announcing whether a show got renewed, there’s a high chance fans will join Victor, Benji, Felix, Mia, Lake, Andrew and Pilar back at Creekwood High for another day.

In the meantime, I’d say maybe you should start the show from the beginning. Or maybe even watch Love, Simon again? Both sound pretty good to me. 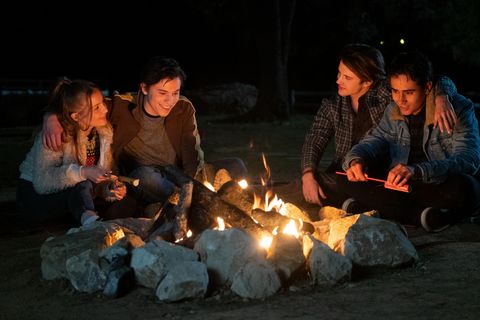 Good to know. Now what can we expect from season 3?

Honestly? There’s quite a lot to unpack after the events of the second season. How are Victor and Benji doing after all the drama surrounding their relationship comes to a head? Will Victor and his mom finally reach an understanding about him being gay? And what about the rest of the Creekwood gang? Surely Pilar needs a little love right now, and Mia is just getting used to the role of being a step-daughter/soon-to-be sister. And that ending! I’m not one to give spoilers, but…VICTOR AND BENJI MUST STAY TOGETHER! MY HEART CAN’T TAKE IT!

We honestly won’t know any deets until Hulu decides to release them, but for the moment, the cast and crew seem very excited to explore uncharted territory for teen LGBTQ+ shows.

“There’s so much love there, but there’s also so much that they have to work through,” creator/showrunner Isaac Aptaker told Entertainment Weekly in June 2021. “And it’s not a story that we’re wrapping up quickly. We tried really hard not to take the easy way out and to live in that complicated gray area.”

Cool cool. Do we know who’s expected to return for season 3?

Well, given the name of the show, I think it’s a given to say Michael Cimino (Victor) will make his grand return for season 3. And you can’t have Victor without his love Benji, so expect an appearance from George Sear as well. Also, what’s high school without friends and family? So Anthony Turpel (Felix), Rachel Hilson (Mia), Mason Gooding (Andrew), Bebe Wood (Lake), Isabella Ferreira (Pilar), Mateo Fernandez (Adrian), James Martinez (Armando Salazar) and Ana Ortiz (Isabel Salazar) will most likely join Cimino on another adventure through teendom.

As far as any new characters we can expect to see on screen? TBH, we have absolutely no idea. But with the storylines going in so many different directions, I think we can confidently guess some new actors will join the cast and shake up Victor’s life just a little bit. Not that we mind, of course. 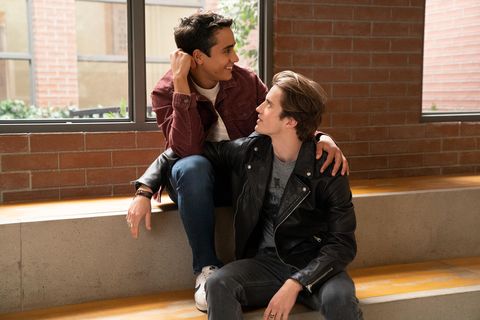 Want more TV intel? Yeah. We know you do. You can find the latest of our entertainment coverage here.