Holby City fans will finally see the comeback of the BBC medical drama as the first episode back will portray the team navigating their way through the complicated coronavirus crisis. As tensions run high, one person who is not coping well with the new tests is Cameron Dunn (played by Nic Jackman), who can barely keep up, which doesn’t go unnoticed by his boss Ange Godard (Dawn Steele). But with the young doctor hiding some deadly secrets, could it be someone very surprising who finally exposes him in the form of Henrik Hansen (Guy Henry)?

Cameron will be seen struggling this evening as coronavirus impacts the doctors across the wards of Holby City hospital.

This all comes as he continues to keep under wraps the role he has had in more than one fatality,

Earlier this year, Xavier ‘Zav’ Duval (Marcus Griffiths) died in a freak accident, which Cameron witnessed and failed to help out soon enough.

Zav had gotten close to rumbling Cameron’s dark ways but after his death, it seemed as though the former had managed to get away with it once more. 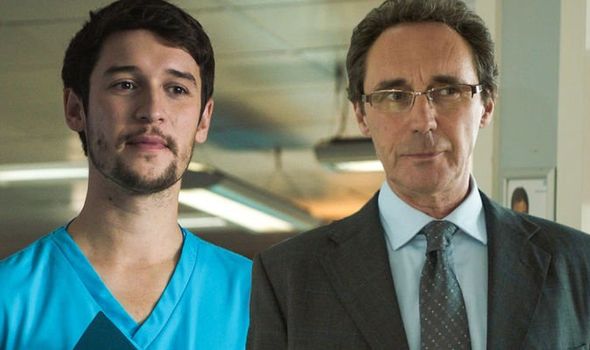 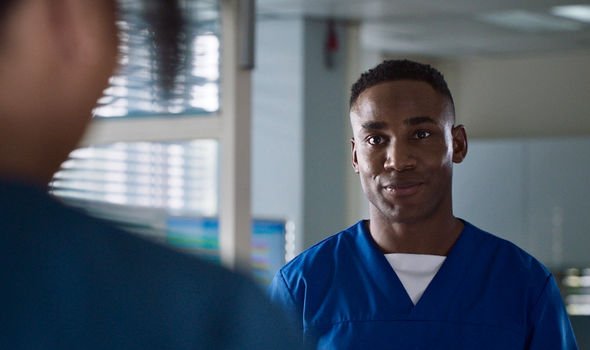 Now, actor Nic has dropped a huge clue to Express.co.uk over who could end up being the one to get the news out in the open.

Asked who he would love his on-screen alter-ego to work with more,

The actor said: “You know, I love working with Guy Henry who plays Hansen, he just cracks me up!

“He is so unlike any character and is so funny, he just brings just a twinkle in his eye that you bring to the set, which is lovely. 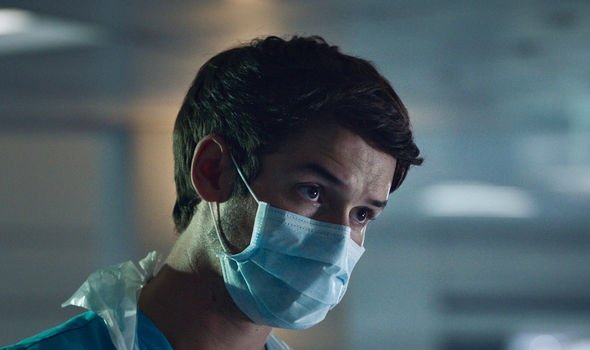 “So I’d say, I’d love to have more with him,” he added before dropping a hint the pair could build a closer relationship on-screen.

Nic added: “It’d be a very interesting dynamic between Cameron and Hansen.”

Could it be Hansen who manages to close in on Cameron’s lies and finally out him for the criminal he is?

Things are set to get even darker in the episodes to come as Cameron ups his scheming.

Speaking of his character’s traits, Nic added: “In many ways, he’s so unlike any other character in the show.

“You know you’ve got characters here paying good doctors, good nurses, saving lives, and Cameron’s like the rogue character, who deliberately put patients at Jeopardy and doesn’t save lives and watch people die.

“It’s very different to what’s typical, so that’s very exciting for me, for sure,” he noted.

Nic also opened up about the reaction he’d had from fans, who have made it clear they’re not very keen on his character.

He said: “Oh my goodness, the reaction is huge! I think it’s safe to say many people can’t stand him, there’s a huge dislike to Cameron and his selfish traits, for sure.

“Members of my family even watch it and then tell me how much they disapprove of what he’s doing, and how cross they are – I completely get that.”

Adding his own thoughts on what it’s like to play the sinister character, he noted: “He has his moments.

“He can be really horrid – for me as an actor, it’s great to get my teeth into something like that, especially with the darker storyline, it’s such a journey for me.”

Holby City returns tonight at 8:15pm on BBC One.