The singer was helping Alison Hammond with her latest 'A-team' themed competition, and was sitting in the front of the van parked in the studio. 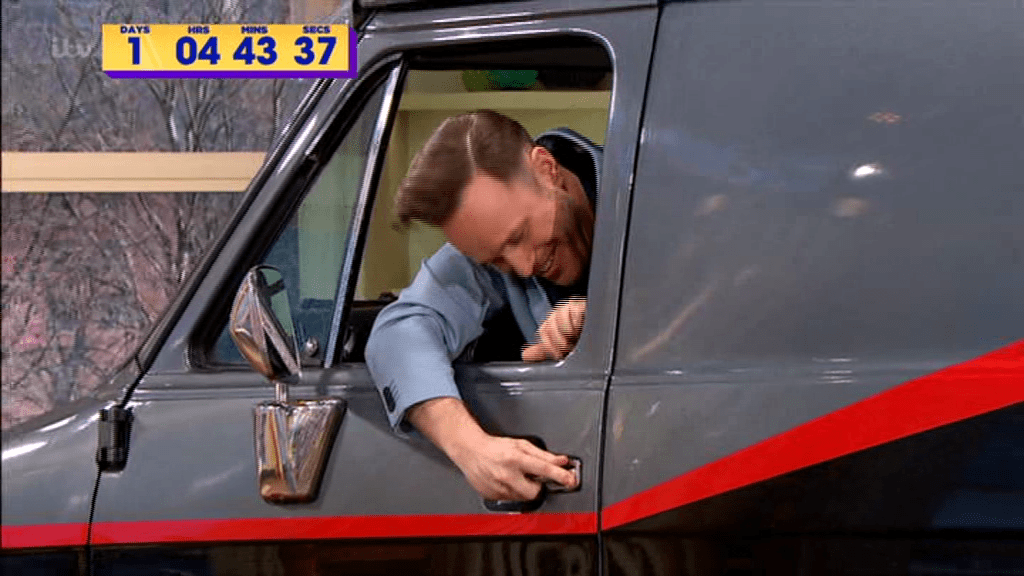 But as she introduced him as her very own 'Faceman', Olly couldn't get the van door open.

Alison said: "We're missing one guy, we're a man down, where is he? We need Face!"

The camera then panned to Olly in the front of the van as he leaned through the window to try and open the door from the outside.

But as it rattled and remained firmly shut, Phillip's laugh could be heard bellowing out across the studio, before another camera showed Holly running over to help him. 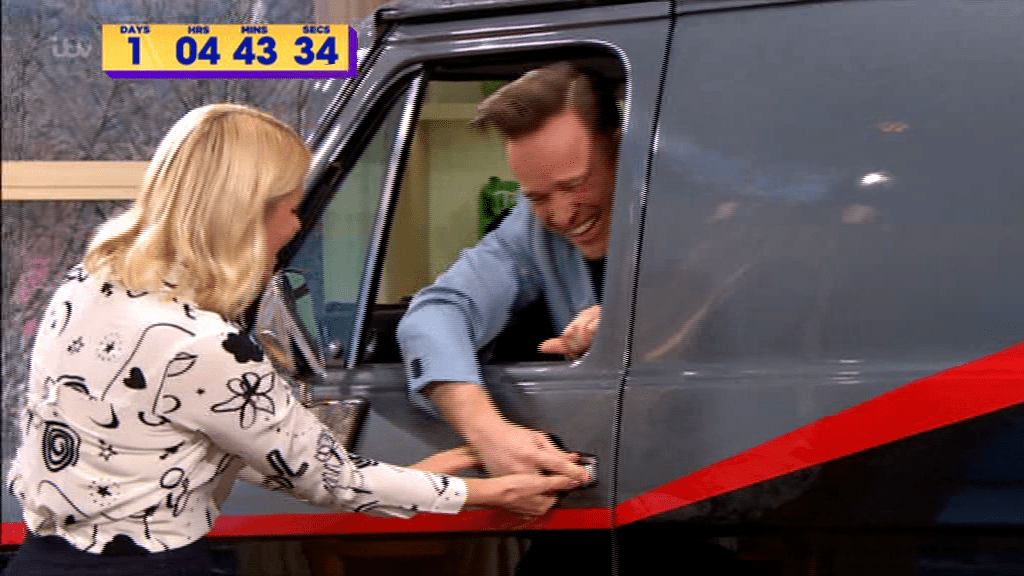 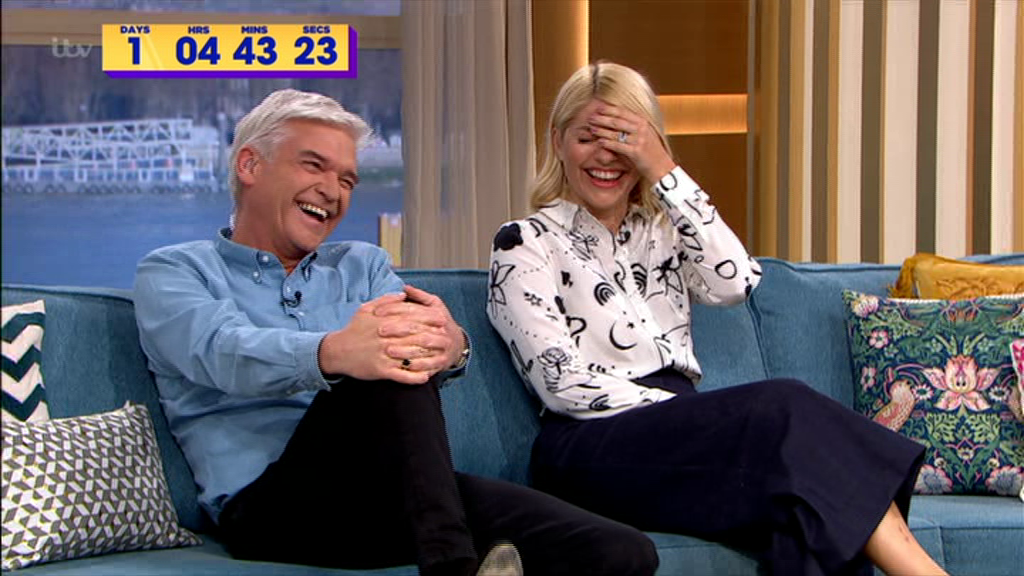 As Olly giggled, Holly told him to let go before opening it easily.

As Phil doubled over laughing on the sofa, Alison told Olly he was "smooth" while Holly shouted: "Olly Murs you are rubbish!"

As Alison wrapped her arm around him, he said: "I couldn't get out of the van".

Alison then carried on the link, telling her 'A-team' to let the viewers know when the competition closes. 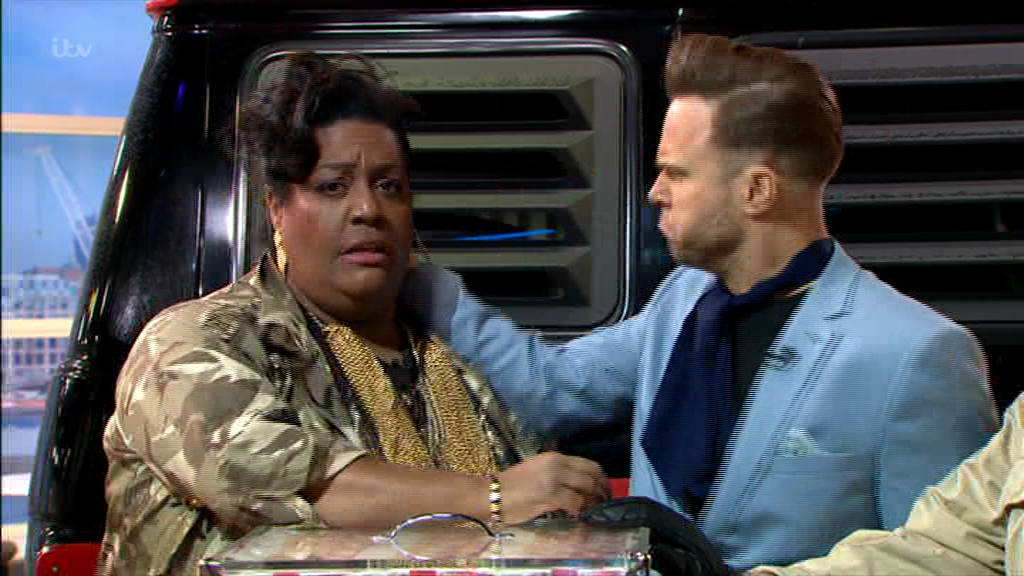 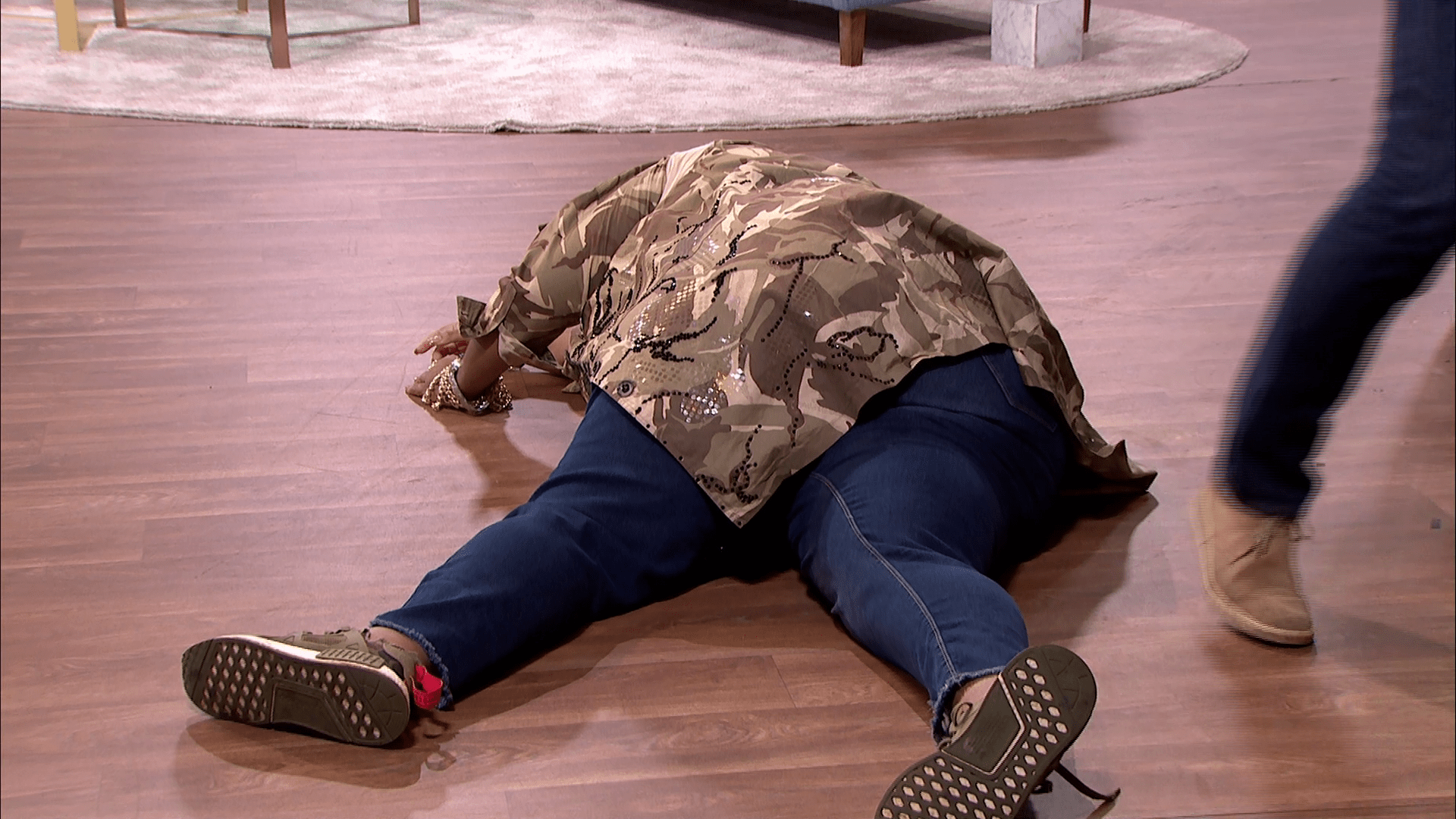 As the camera panned away before the VT, Holly and Phil could be seen doubled over in fits of giggles on the sofa.

The laughs continued when they returned to the studio when Olly jokingly had to knock Alison out, with the 44-year-old crashing to the floor, pretending she was out cold. As she maintained her position, Phil laughed and said: "She's just lying on the floor! I've literally no idea where any of it's going!" while Holly said it was the show's "best competition ever".

Olly then ran over and started giving her the kiss of life and Holly said her co-star was "living the dream."