The 39-year-old presenter was moved to tears by the 80-year-old, who tinkled the ivories in his Sussex home. 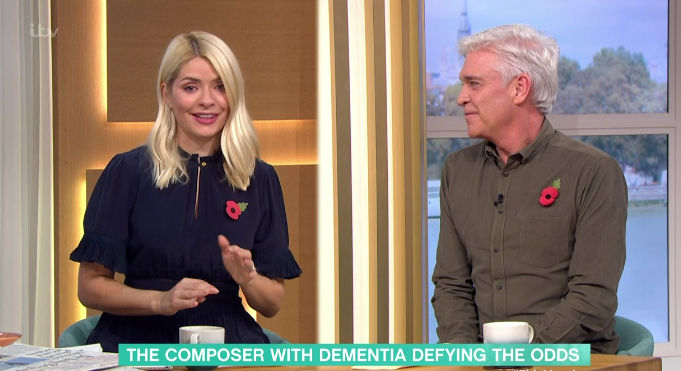 Paul can improvise a tune from any four notes, and today Phillip Schofield asked him to create something using A F D B.

He duly obliged, and it left Holly dabbing at her eyes with a tissue.

She said: "That was beautiful. Well done." 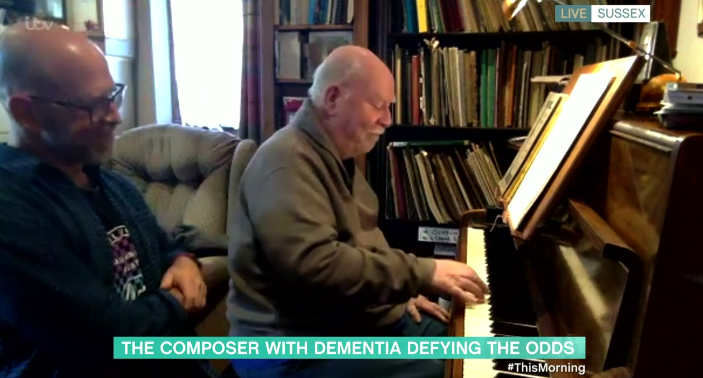 Viewers were just as moved, with one writing on Twitter: "How very beautiful. Thankyou Paul."

Another posted: "Just downloading Paul’s Tune as I sit here covered in goosebumps, enthralled by the power and beauty of this piece. What an incredibly talented man. Thank you for sharing."

Paul has released Paul's Four Notes with the BBC Philharmonic Orchestra, with proceeds going to Alzheimer’s Society and Music for Dementia.

The musician previously told the BBC: "It's quite amazing that all this has happened, and in my 81st year. It's fantastic. It's given me a new lease of life and after we've all finished here I'll go to the piano and find another four notes."

His son Nick said: “It has been such a crazy roller coaster ride over the last few weeks. It’s amazing for dad at this age, but also amazing for the charities. It’s a win-win for everybody.

“Dad has got a twinkle in his eye again, a skip in his step because of the fact that his music is resonating with people, and people are touched and moved by his story."