Hilarious photos from the episode show the I'm A Celeb host wearing pink knickers and a cape as she braves the elements including wind, water and huge plastic balls in the Cyclone Challenge. 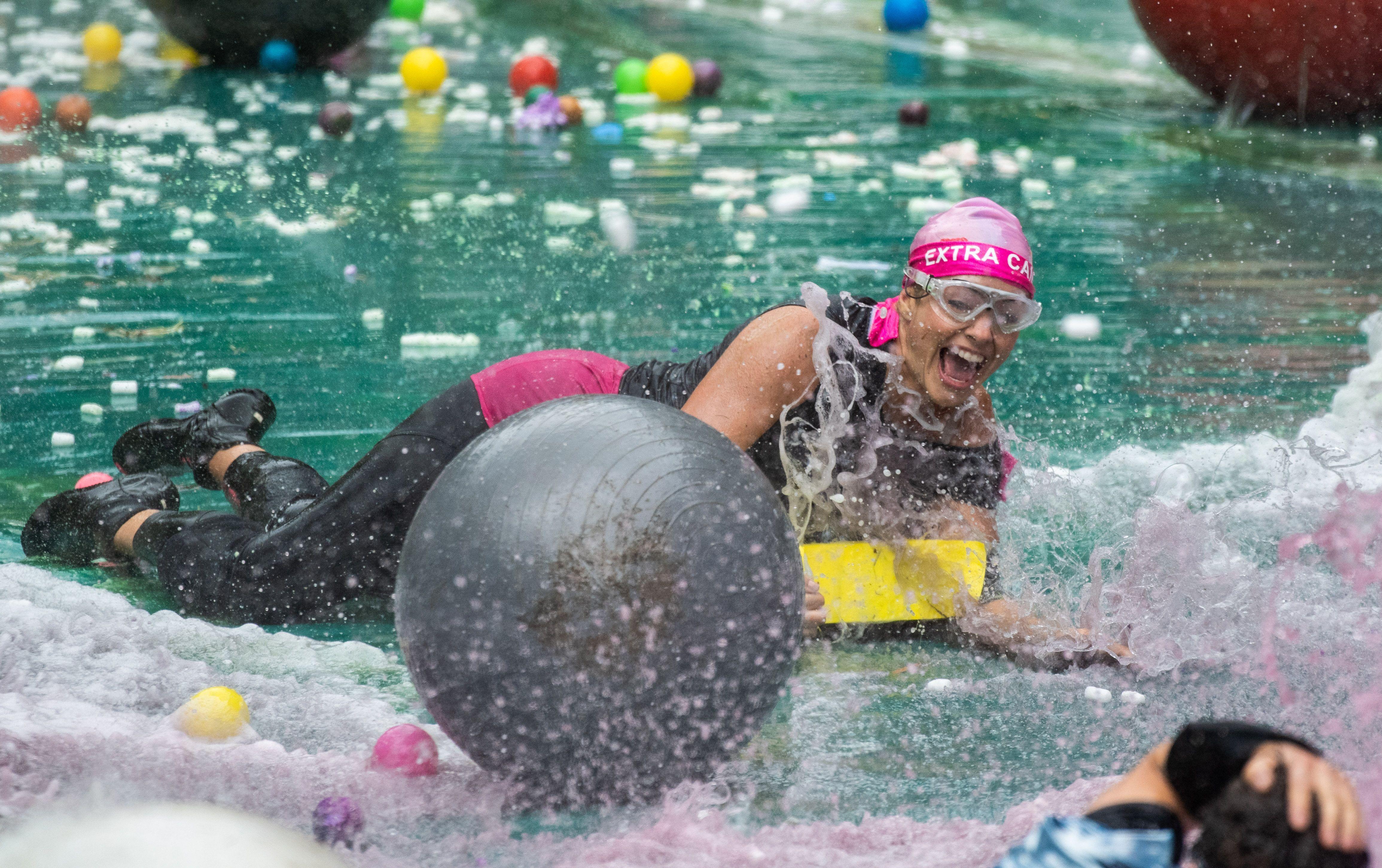 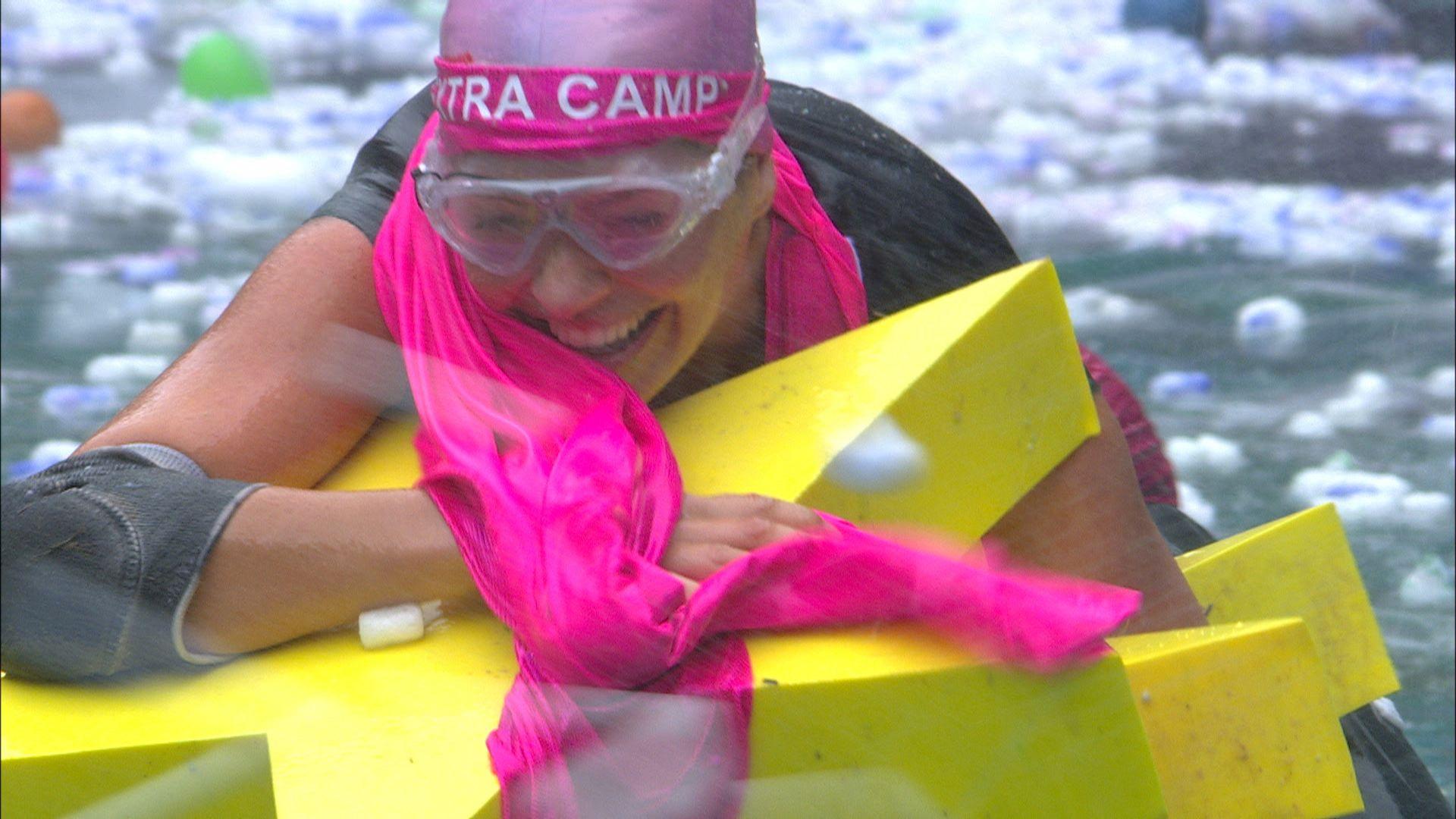 The 37-year-old star proves she's game for a laugh when she joins the Extra Camp presenters for a tremendous Bush Tucker trial.

The aim of the game is to capture giant yellow stars and carry them to safety, but Holly is seen holding on to them for dear life.

The beauty grapples with stars and tries to regain her balance but is knocked off her feet multiple times.

Scarlett, 28, fairs slightly better, with Joe and Joel seen up and running back to base with stars under their arms. 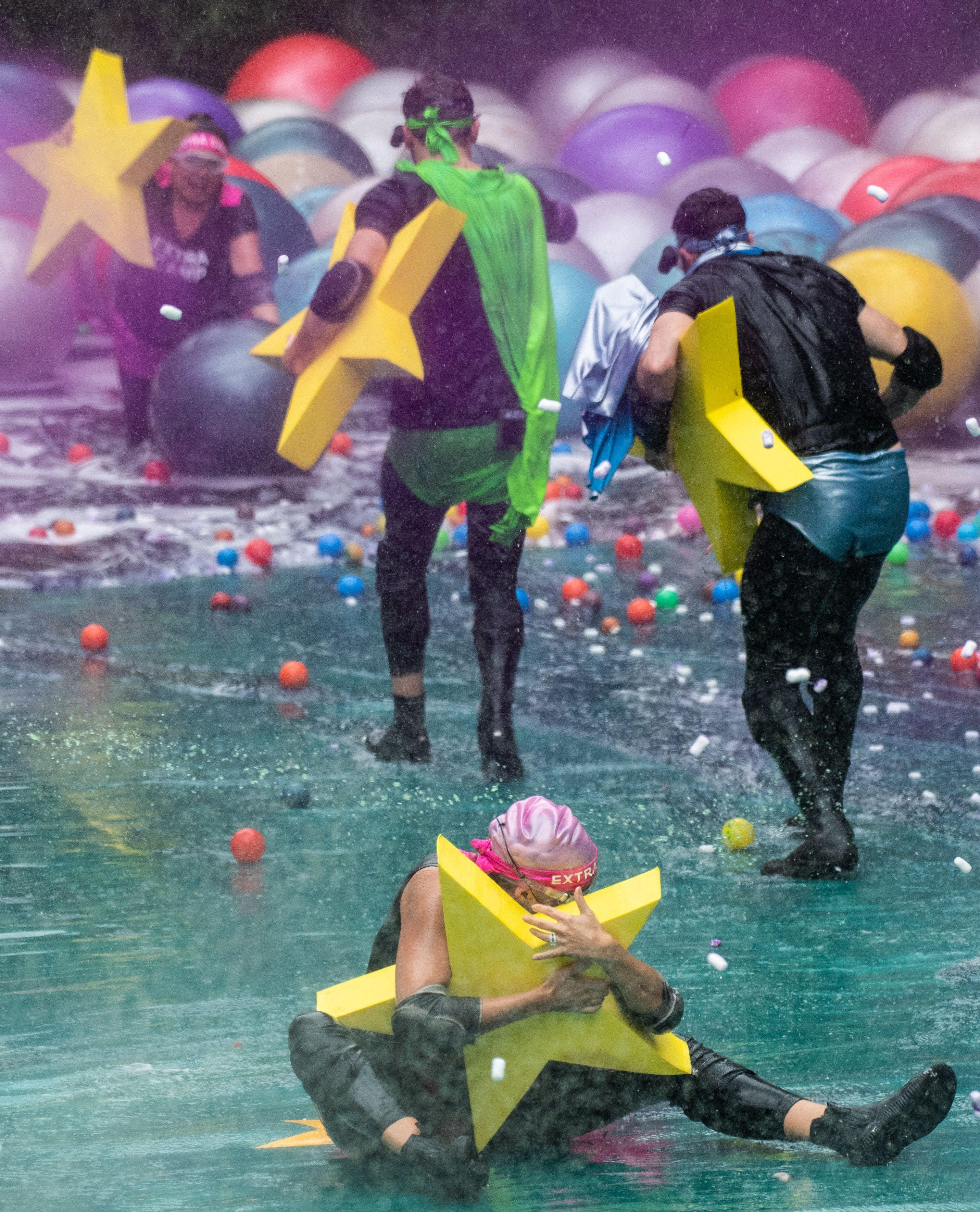 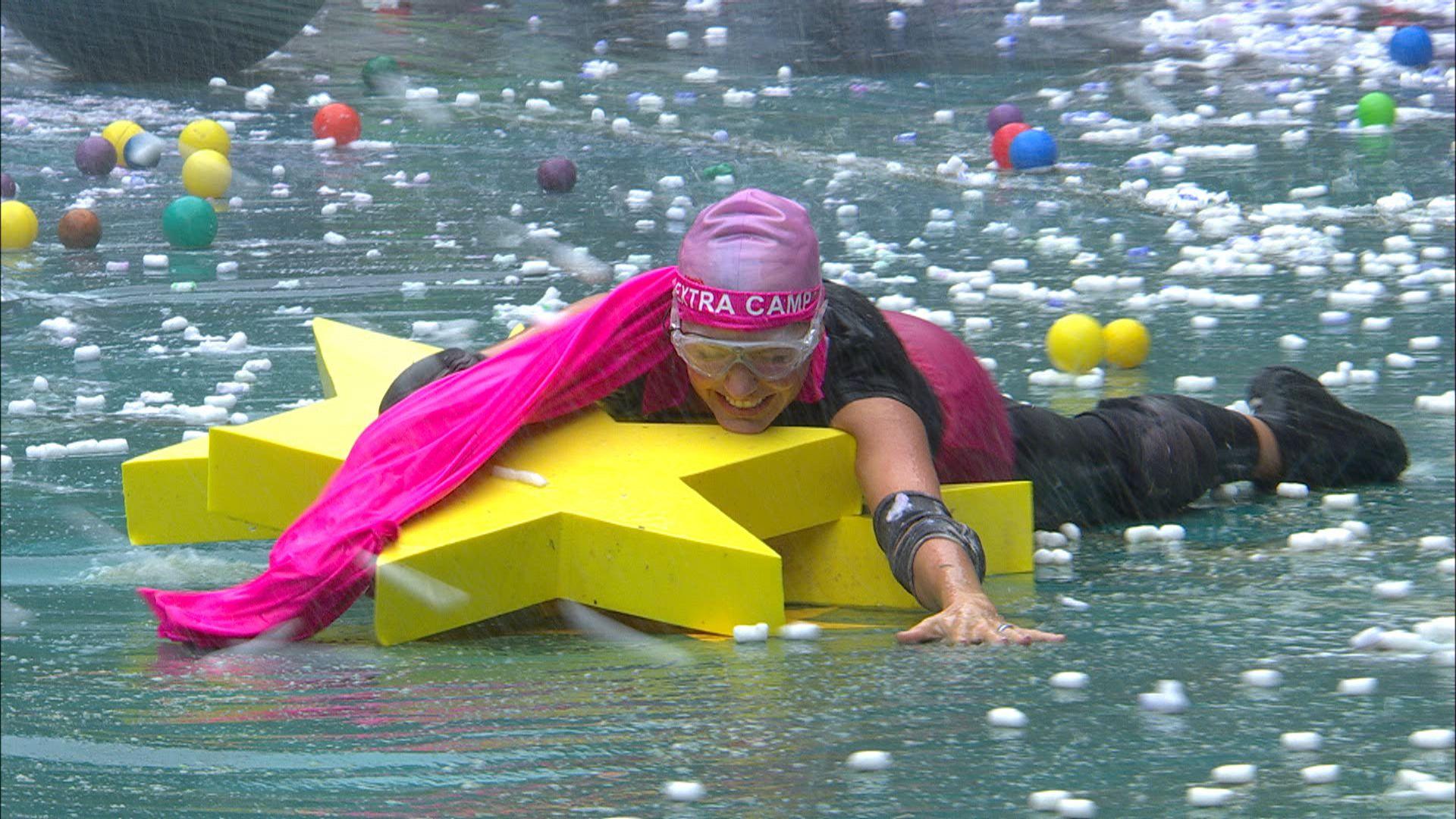 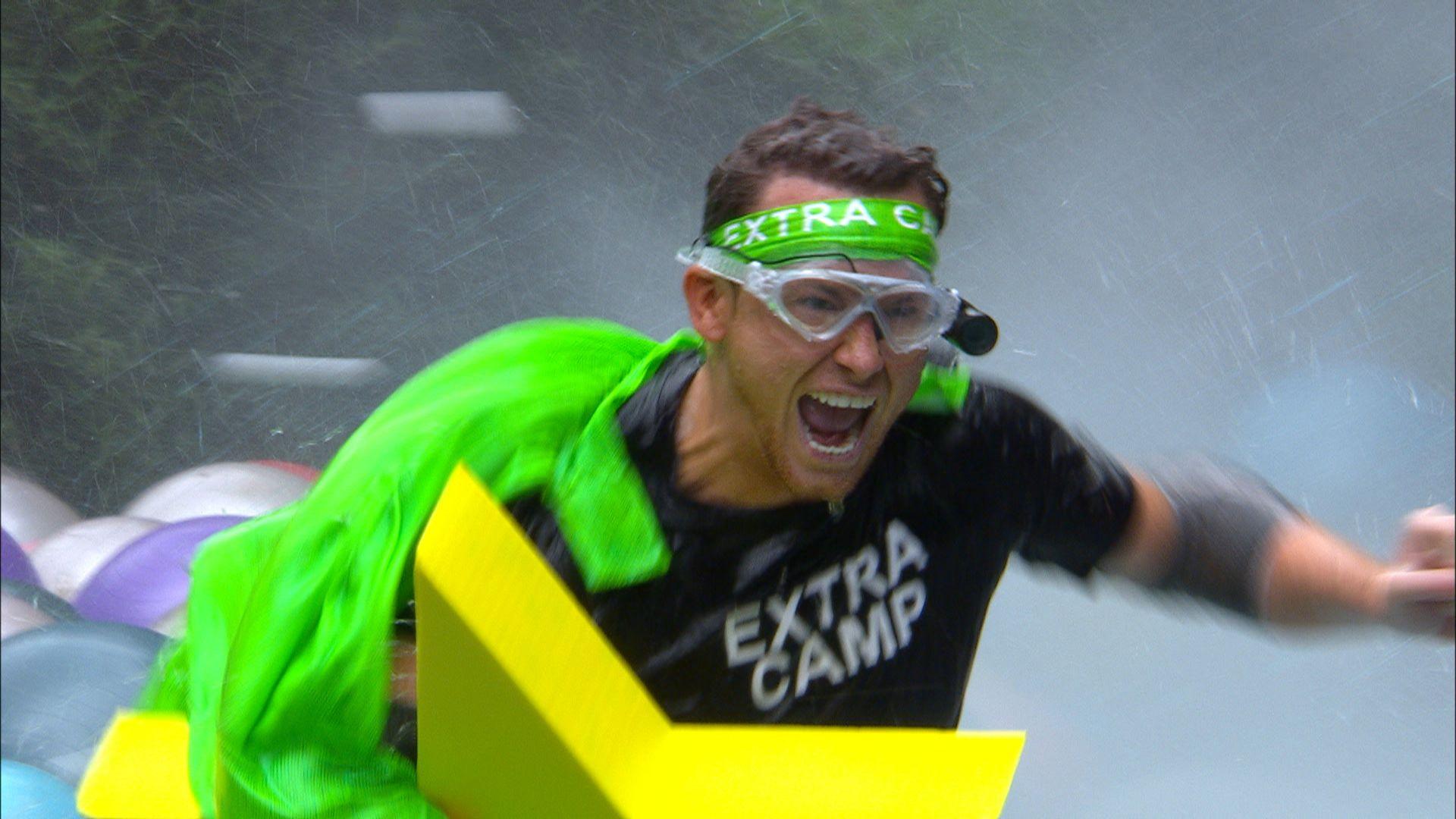 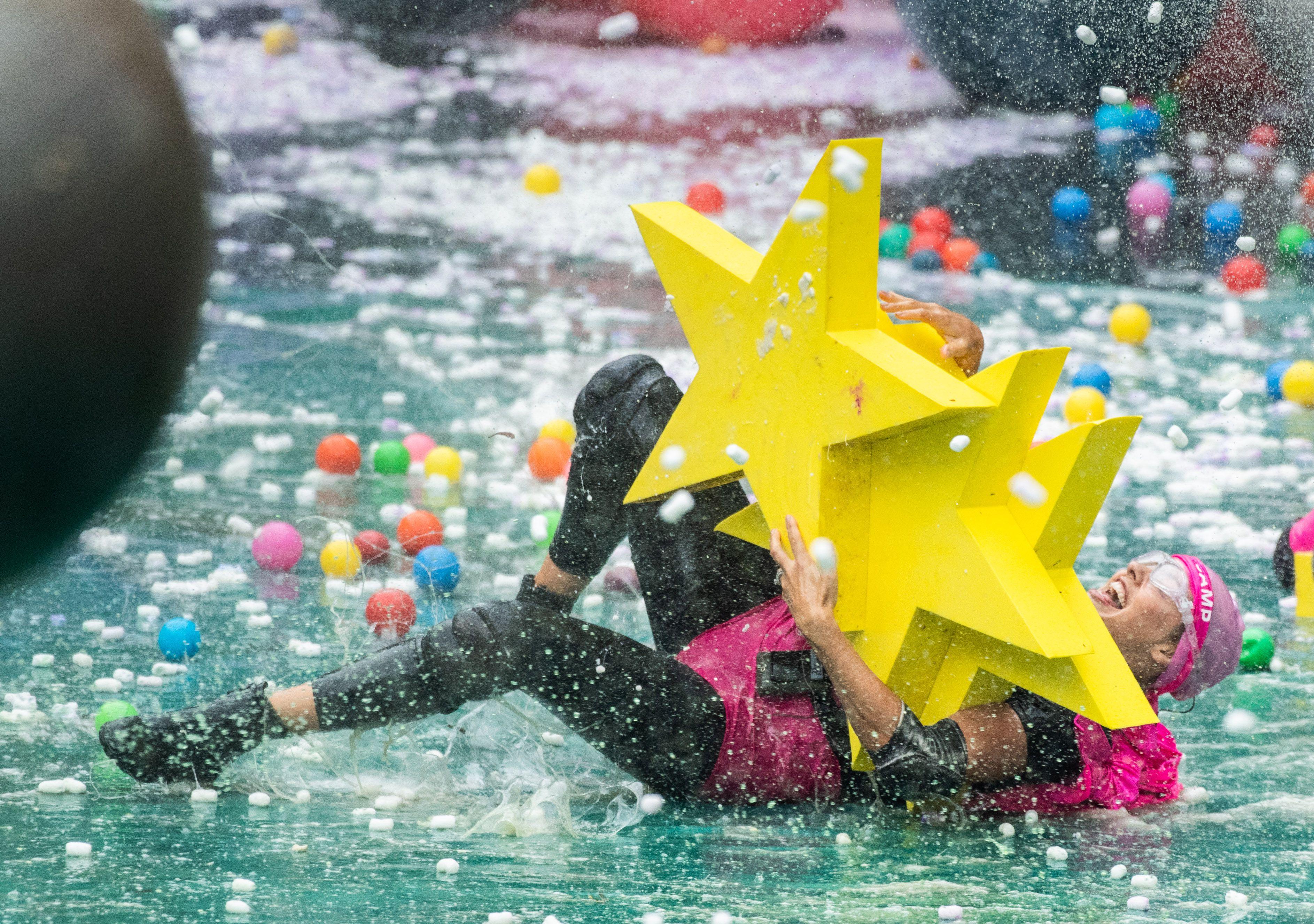 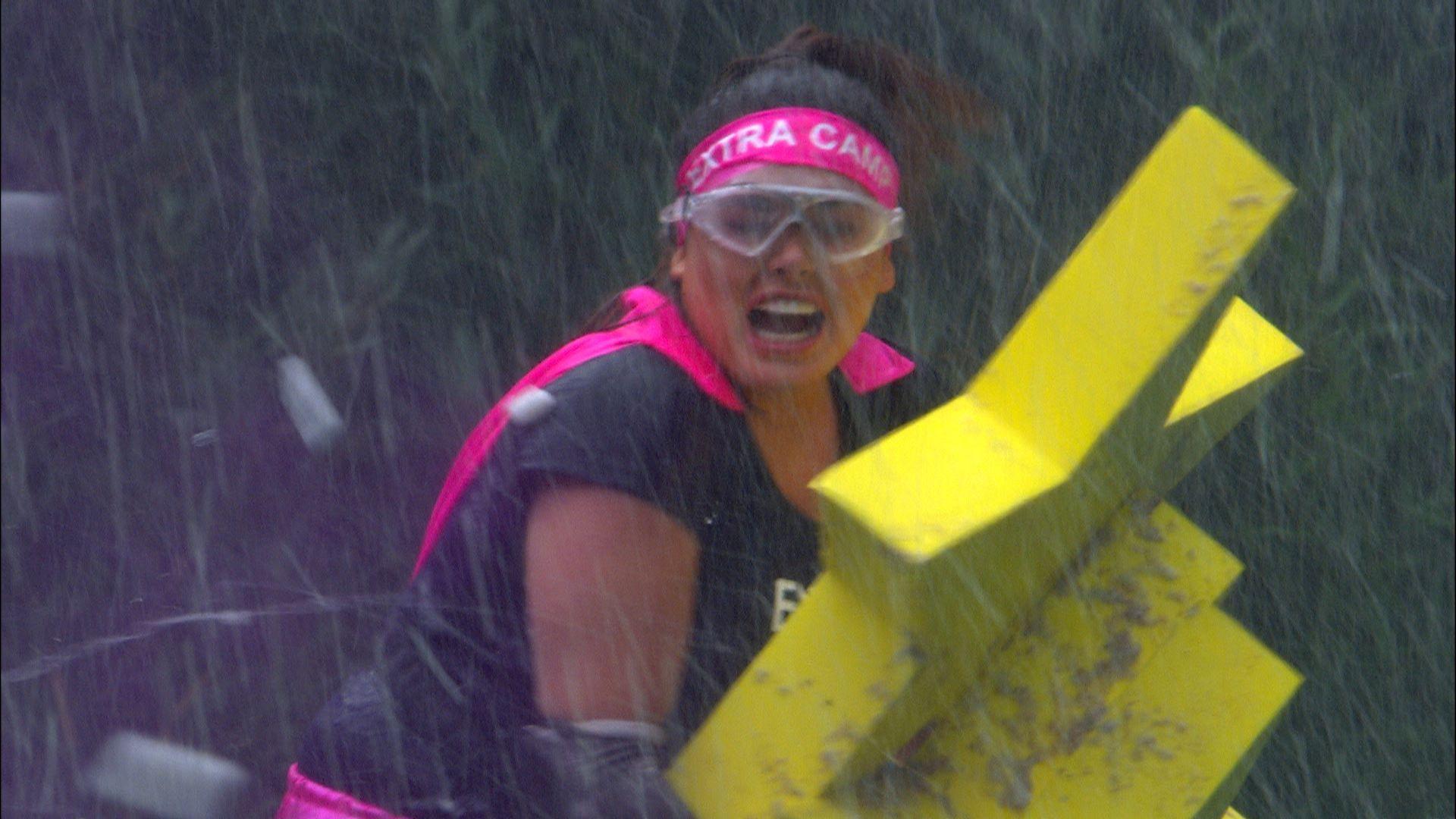 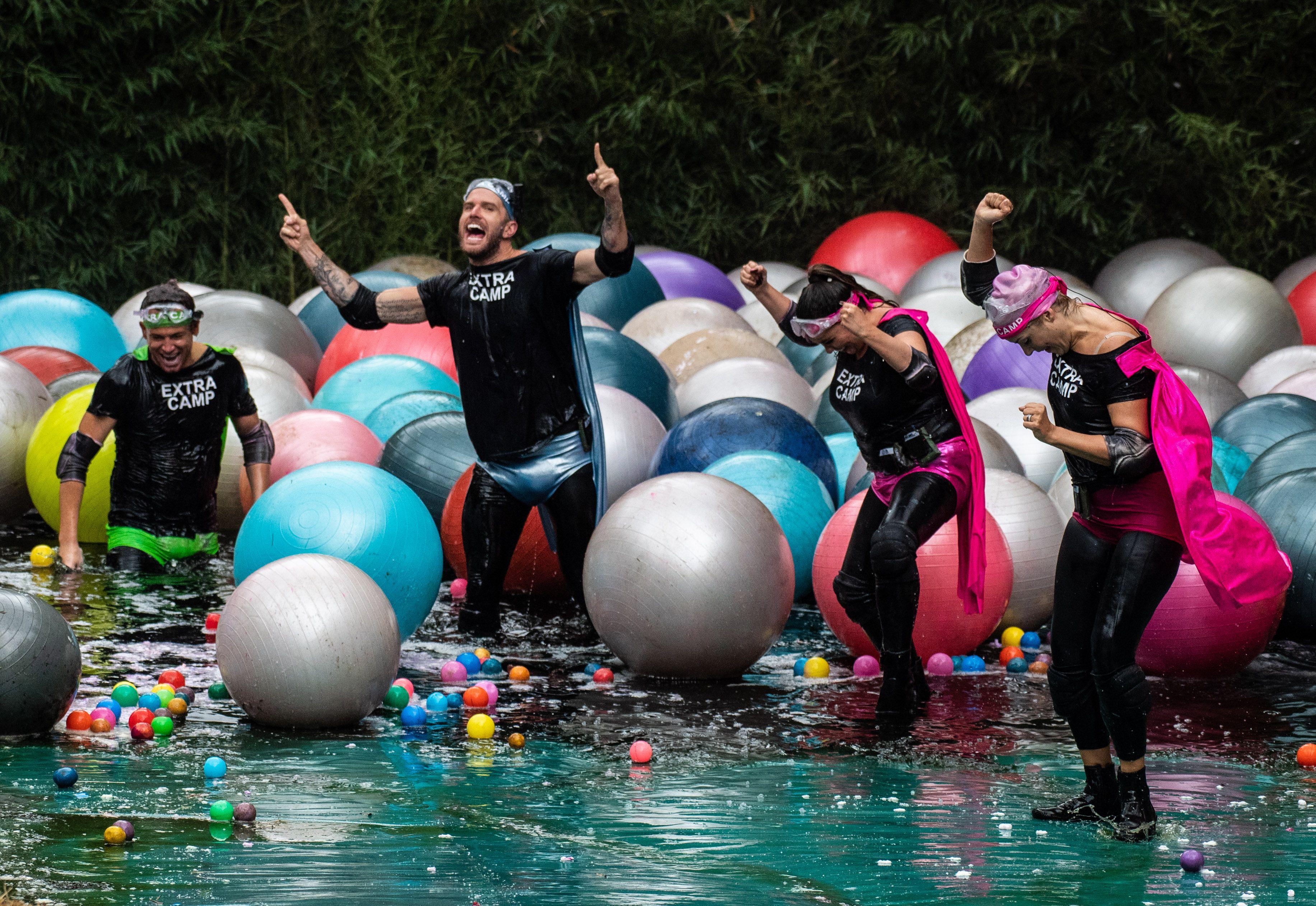 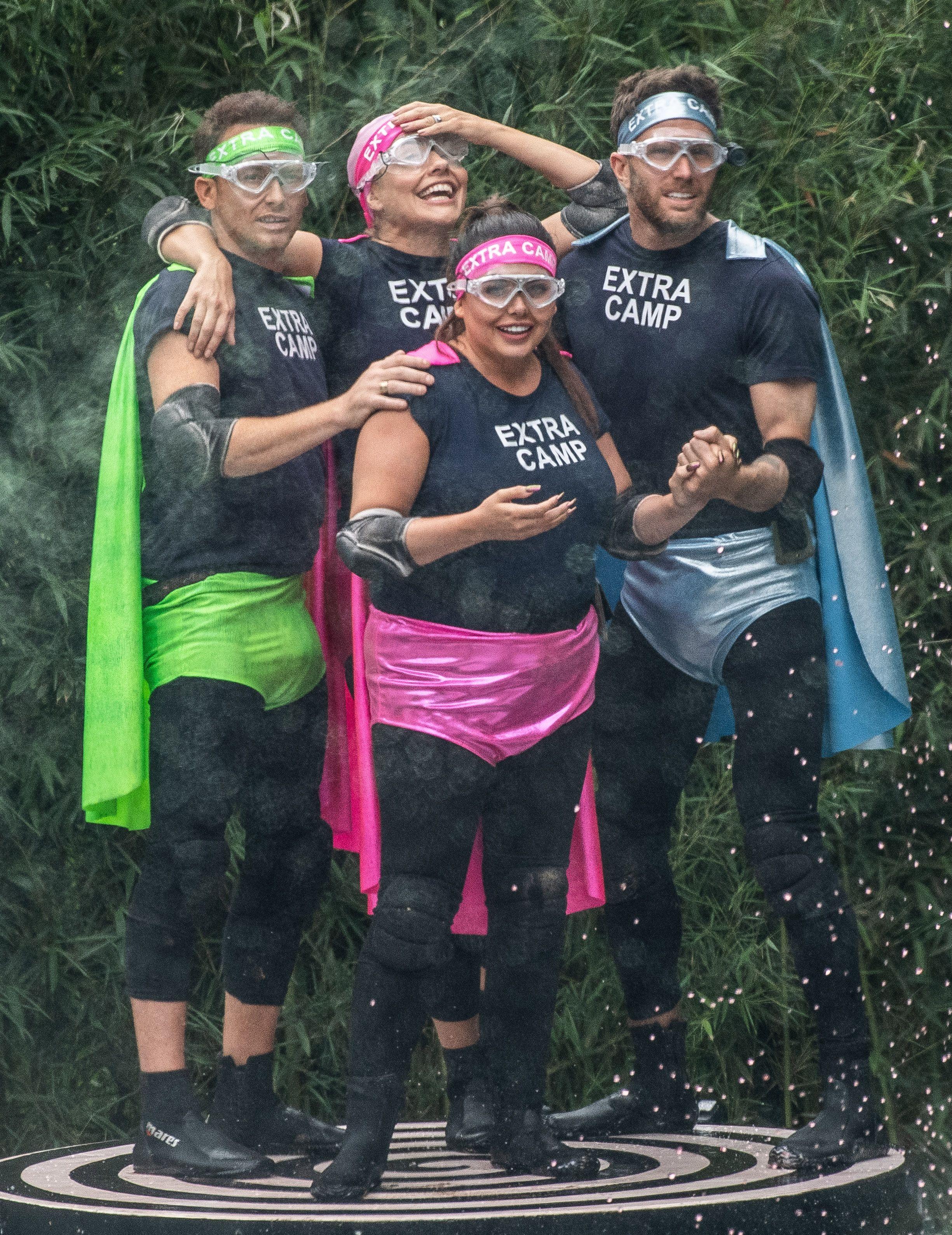 The fab four work tirelessly to gain stars, before posing for group photos after the challenge.

The trial will be seen tonight on Extra Camp after the semi-final of I'm A Celeb airs on ITV.

John Barrowman, Emily Atack, Fleur East and Harry Redknappy have made it through to the final weekend of I'm A Celeb after waving an emotional goodbye to James McVey on Friday night.

On his last day in camp, James took aim at his fellow campmates accusing them of showing off for the cameras before being out of the show. 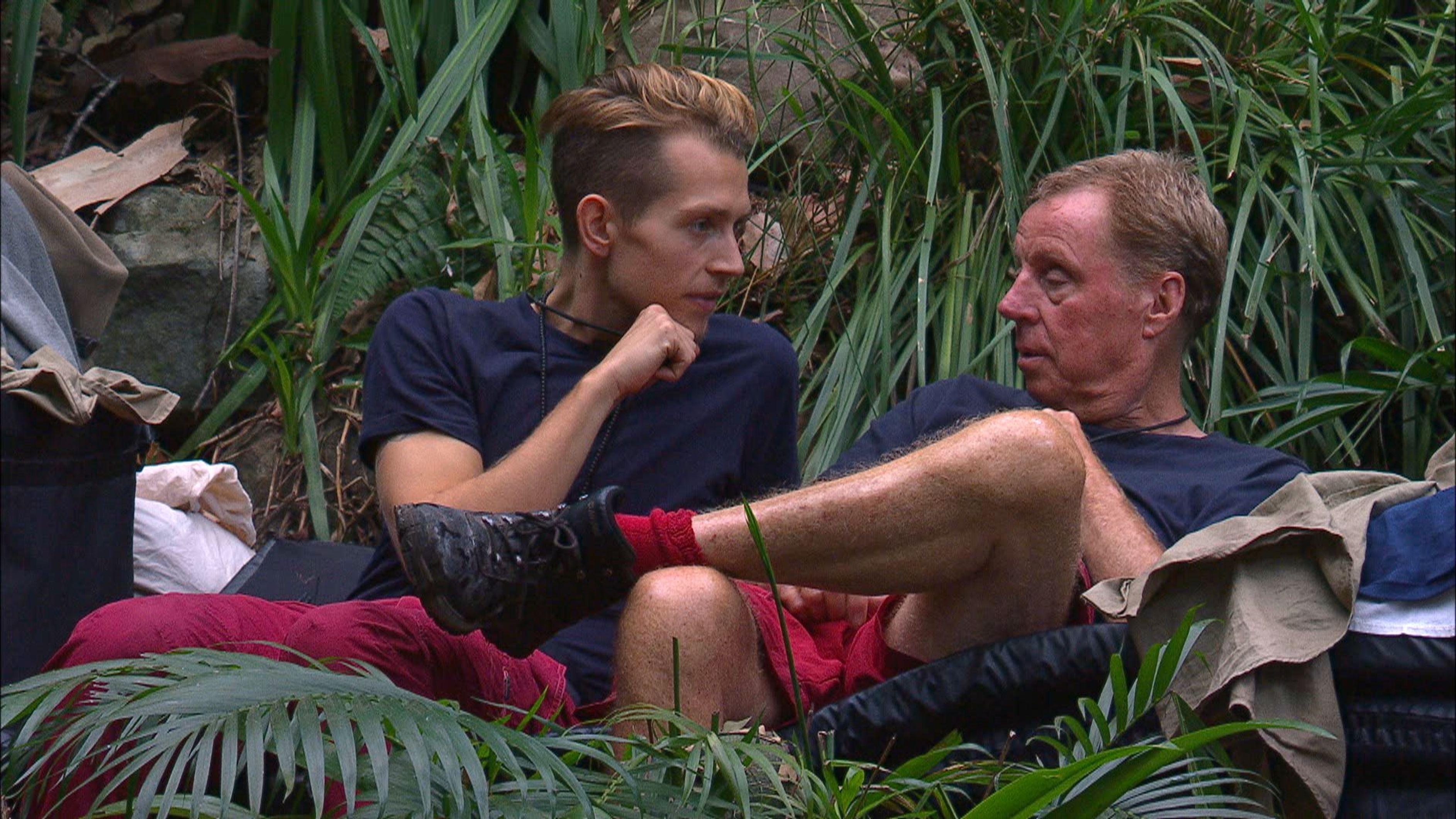 He covered his mic before secretly discussing Emily Atack, Fleur East and John Barrowman's antics as the trio sang and danced around the camp.

James told Harry: “I don’t like to be mean but there’s quite a few actors, people who are acting, people are singing for camera and I’m just here like this is me, I don’t want to show off. It gets a bit frustrating sometimes.”

Harry nodded: “When they talk about things they get up and sing and dance. Emily’s all this screaming.” 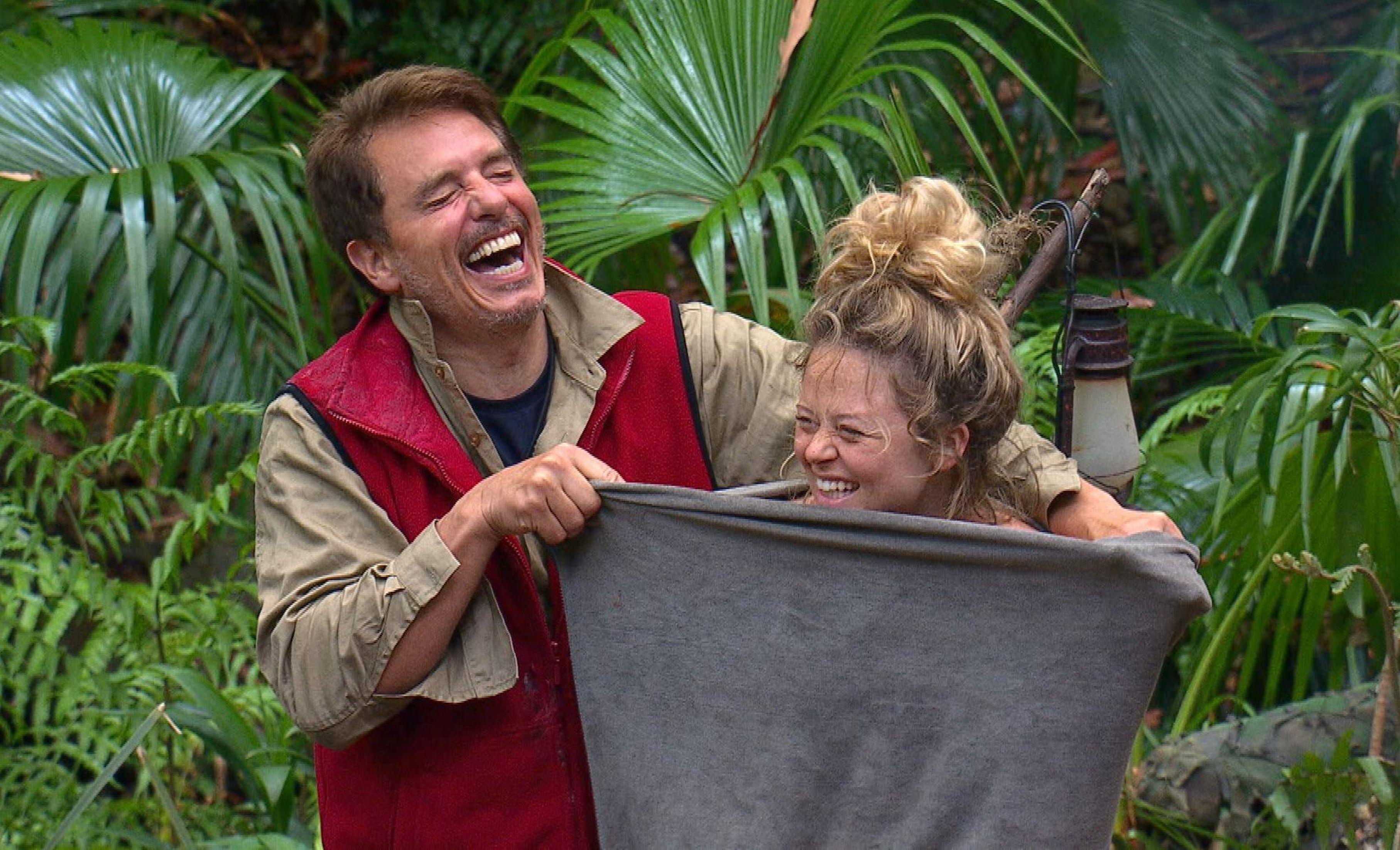 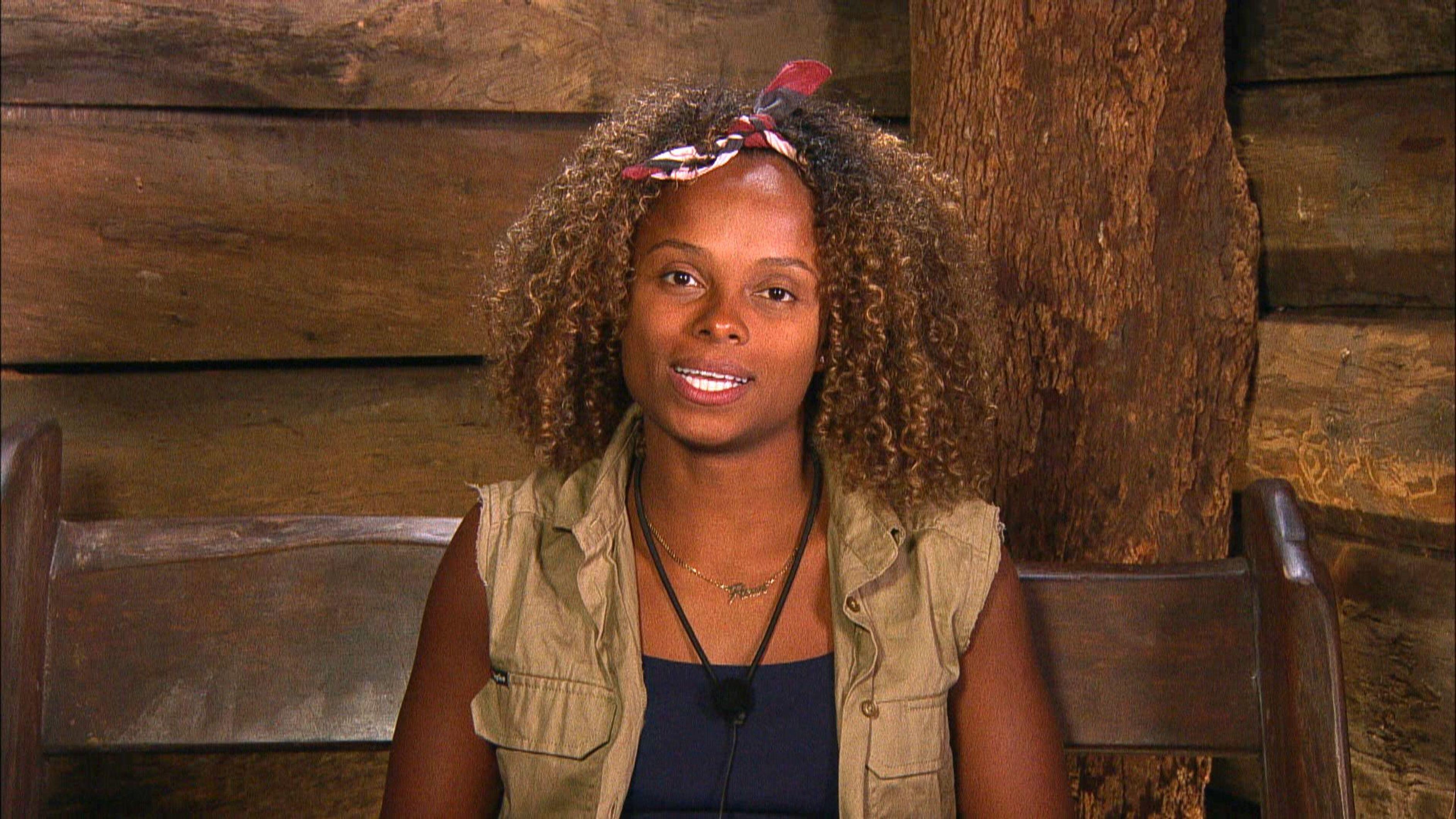 John replied: “Can I tell you something Harry, we don’t know what we are talking about.”

In the Bush Telegraph, James explained how he felt about the dynamic in the camp following Nick Knowles' departure.

He said: “Harry and I are on the same wavelength. John, Emily and Fleur are very energetic, singing and dancing whereas Harry and I just sit in the background and have a little chat.”