HOLLYOAKS couple Claire Cooper and her husband Emmett J Scanlan have welcomed their first child together.

Emmett, 41, took to Twitter on Saturday night to announce his wife Claire, 39, has given birth to a baby boy. 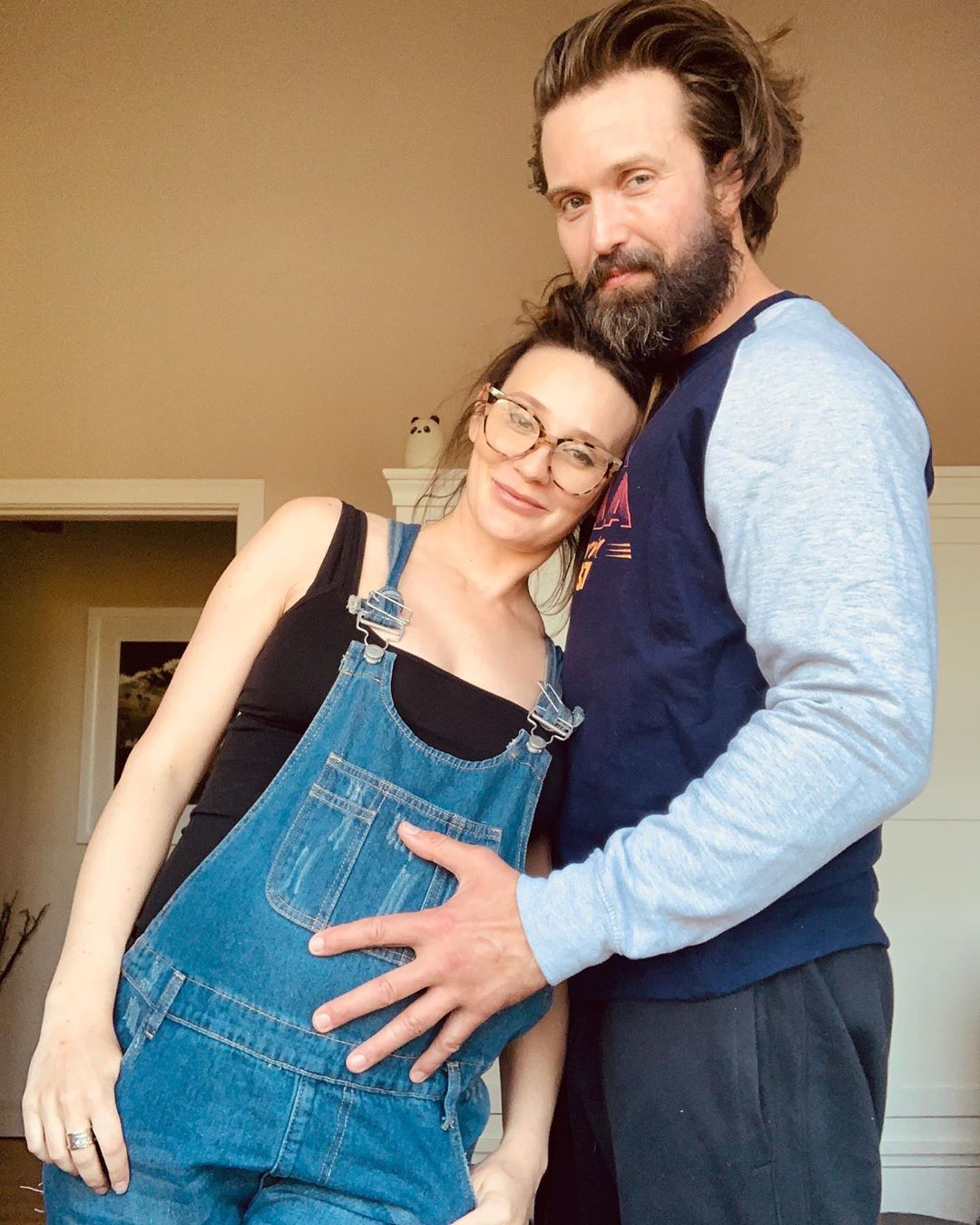 The Irish actor, who played Brendan Brady on Hollyoaks, wrote: "It's a boy."

Claire played Jacqui McQueen on the soap until 2013 and married Emmett in 2015.

He is already dad to a daughter named Kayla from a previous relationship.

Hollyoaks stars both past and present rushed to congratulate the couple. 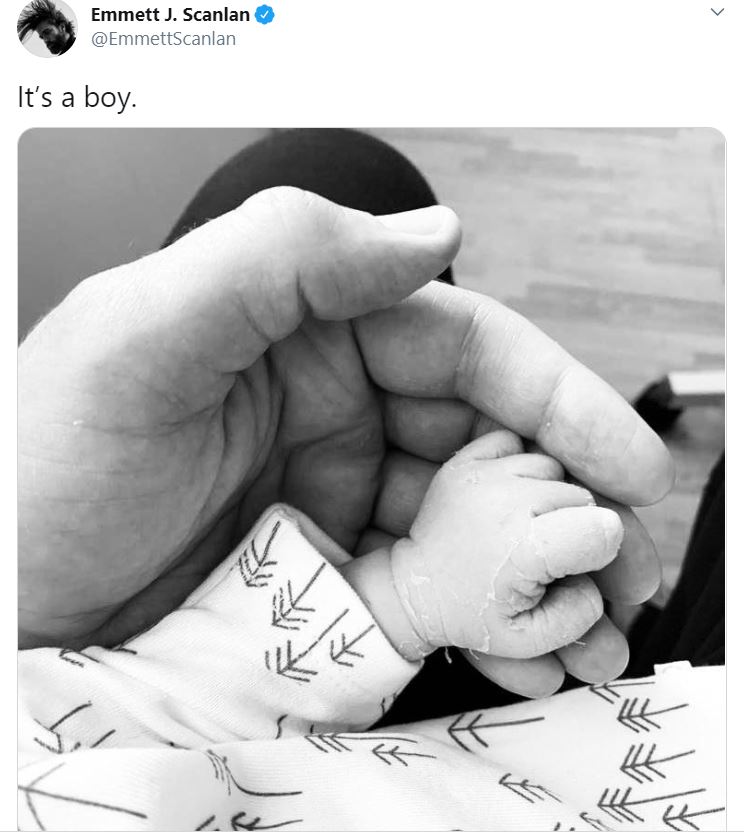 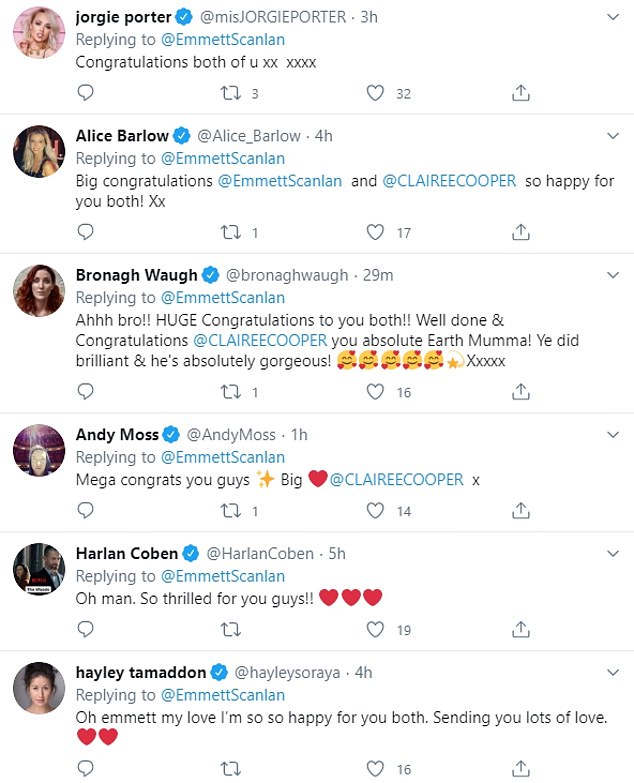 Jorgie Porter, who played Theresa McQueen, wrote: "Congratulations both of u xx xxxx."

Hayley Tamaddon tweeted: "Oh emmett my love I'm so so happy for you both. Sending you lots of love."

And Bronagh Waugh, who worked with Emmett on The Fall, wrote: "Ahhh bro!! HUGE Congratulations to you both!! Well done & Congratulations @CLAIREECOOPER you absolute Mumma! Ye did brilliant & he's absolutely gorgeous! Xxxxx."

Claire announced she was expecting a baby in May and told fans: "Feeling it all & so happy to share. 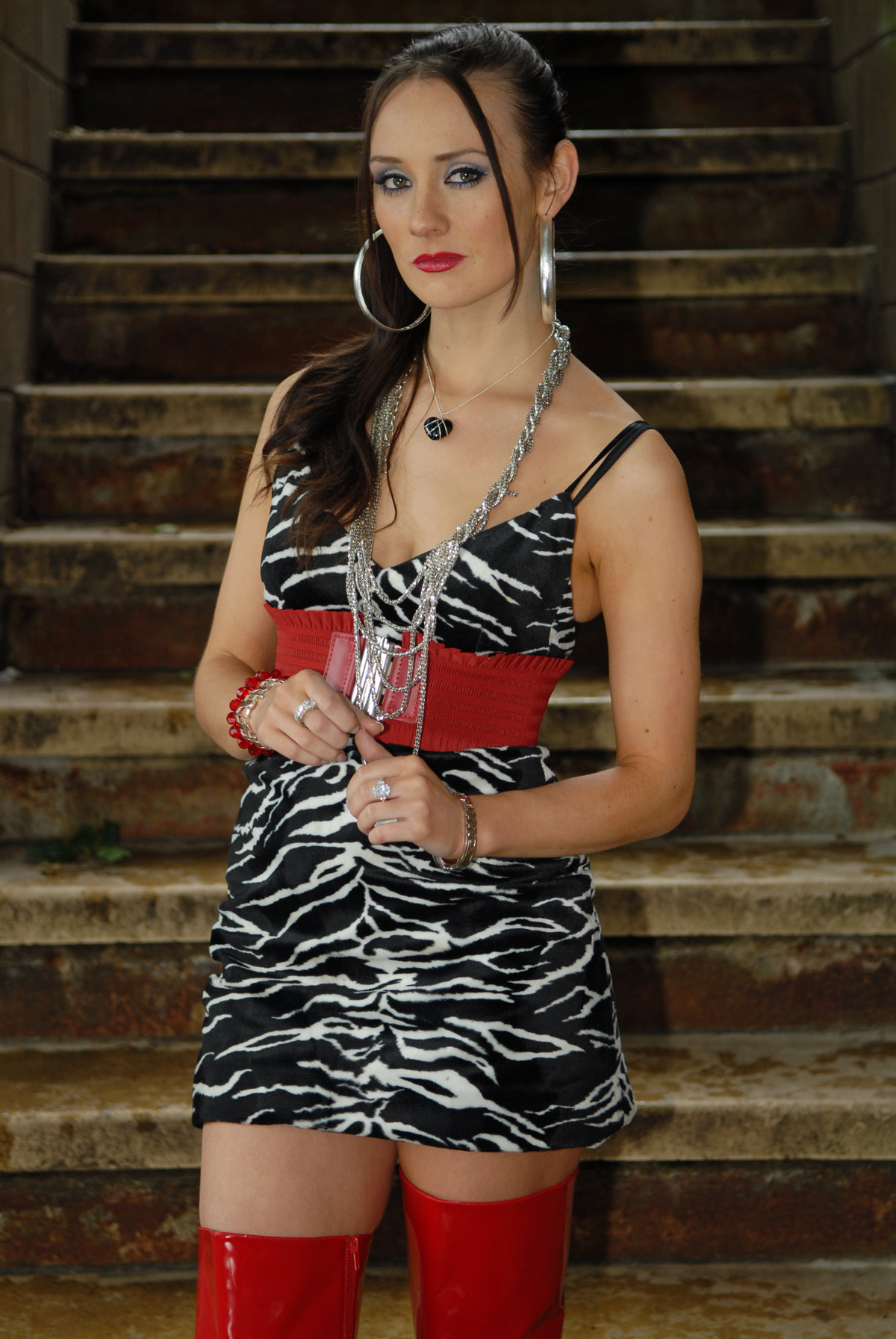 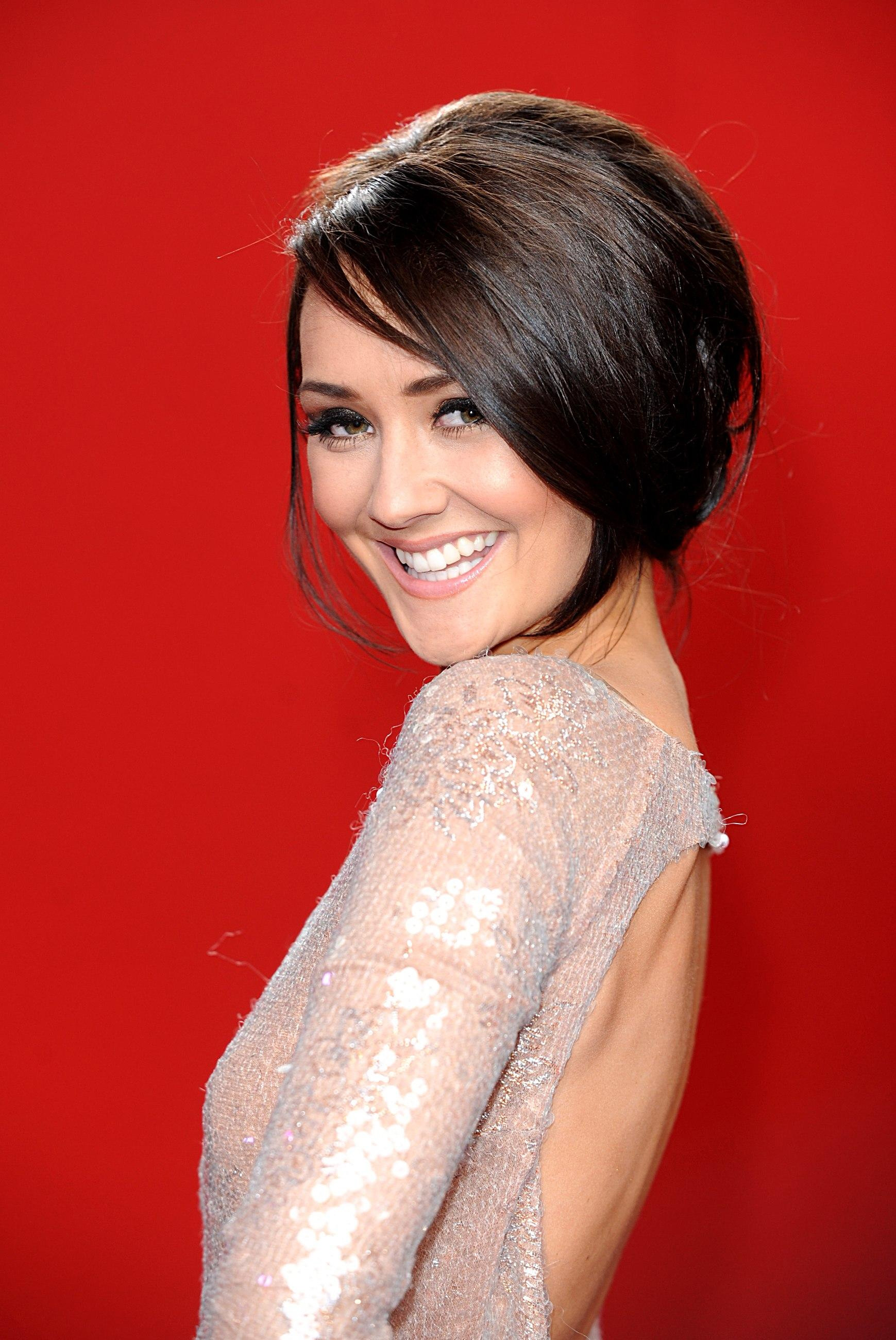 "I’ve been growing into a mama oh so quietly & discreetly, tip toeing a tightrope with the ebs & flows of pregnancy.

"Finding the seclusion exactly what I/we needed to captain the last seven months together, so much joy, so many belly laughs, so much belly, so much morning sickness & moments of fear. 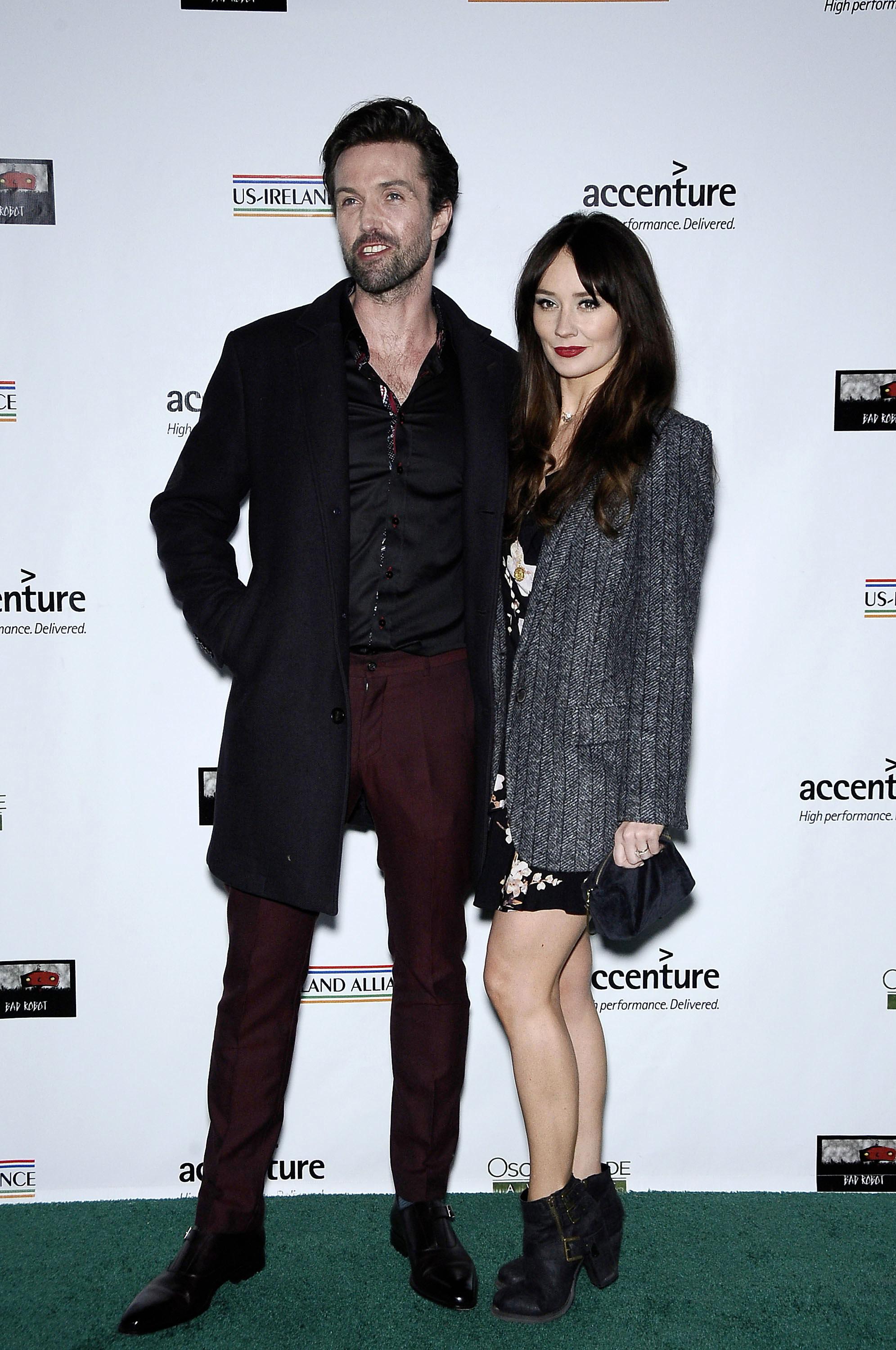 "Experiencing this journey without too much noise around us … allowing ourselves to be fully immersed into this reality we hold, giving us the time to adjust & feel but REALLY FEEL – to stop & listen, cutting out the hot noise shaped by other experiences whether they be good or bad, it’s allowed our journey to be deeply intimate & intuitive…

"We now feel our little person kicking & limbering up! and now we sit looking at each other wide eyed smiling nervously at the wonder, beauty & weirdness of what we are right now & what’s to come…[sic]’

Claire won the coveted best actress gong at the British Soap Awards in 2013 for playing Jacqui and left the soap the same year.