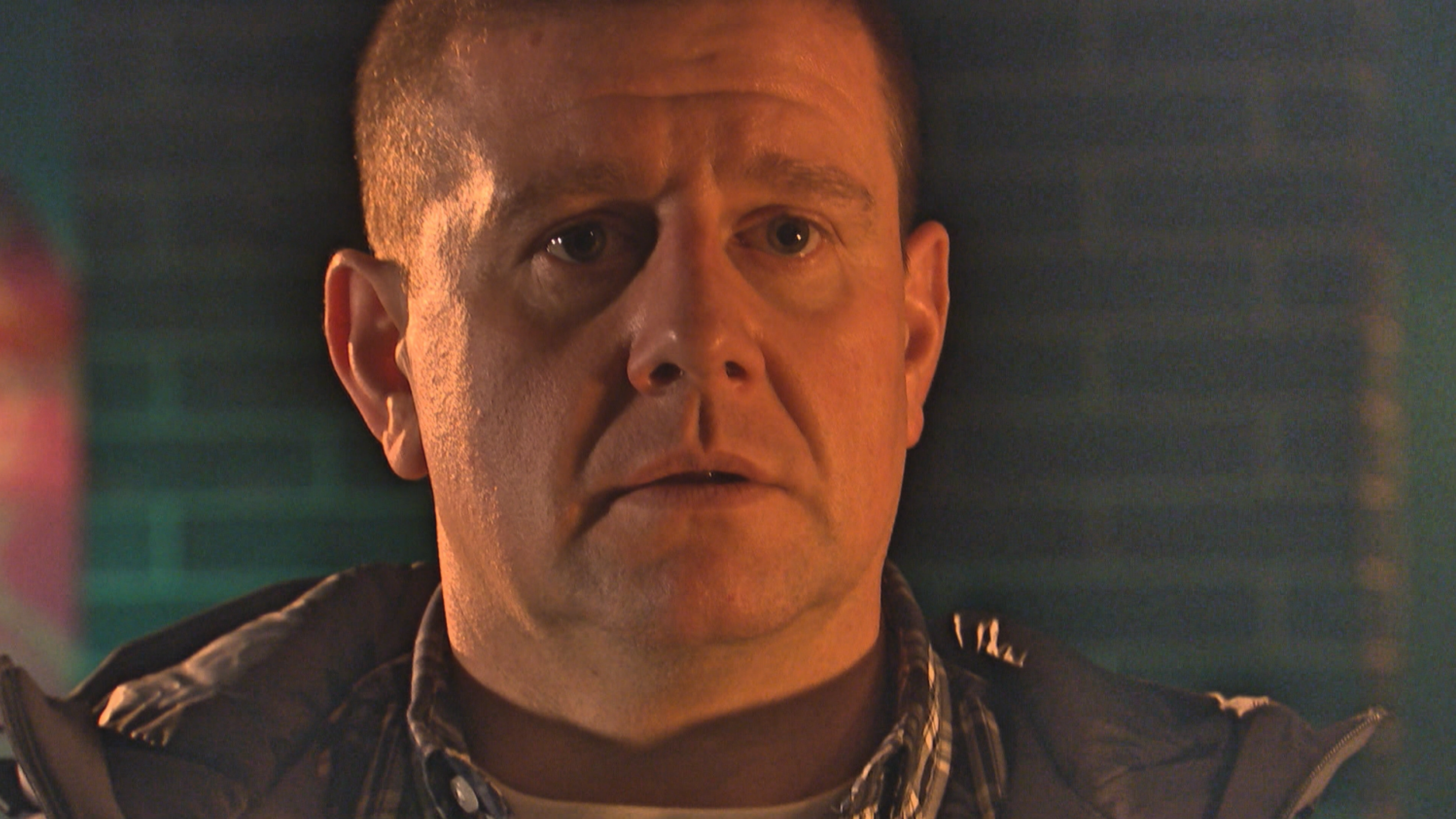 Pete Buchanan (Kai Owen) makes yet again return to Hollyoaks next week, much to the dismay of Toby Faroe (Bobby Gordon).

The abuser once again set foot in the eponymous village earlier this year, hellbent on making amends.

Or so he claimed.

Pete confronted Cleo McQueen (Nadine Mulkerrin) in shocking scenes, and told her how he was sorry for what he’d done to her, promising her that he’d turned over a new leaf.

Cleo and Toby, however, quickly worked out that Pete was simply trying to pull the wool over their eyes.

Toby subsequently caught up with the abuser, and attacked him in a violent showdown.

It appeared as if we had seen the last of the villain, but next week, he’s back in town once again.

Walter Deveraux (Trevor A Toussaint) informs Toby that one of his ex-parishioners, named Phillip Baker, has been spotted with his ‘teenage daughter’.

Alarm bells start ringing for Toby, who remembers that Phillip was Pete’s alias, and he tells Walter the truth about who this so-called reformed man really is.

What’s more, he explains that Pete doesn’t have a teenage daughter!

Toby resolves to put a stop to the abuser, but Walter encourages him to keep quiet about Pete’s presence in the village.

Will Cleo find out the truth?