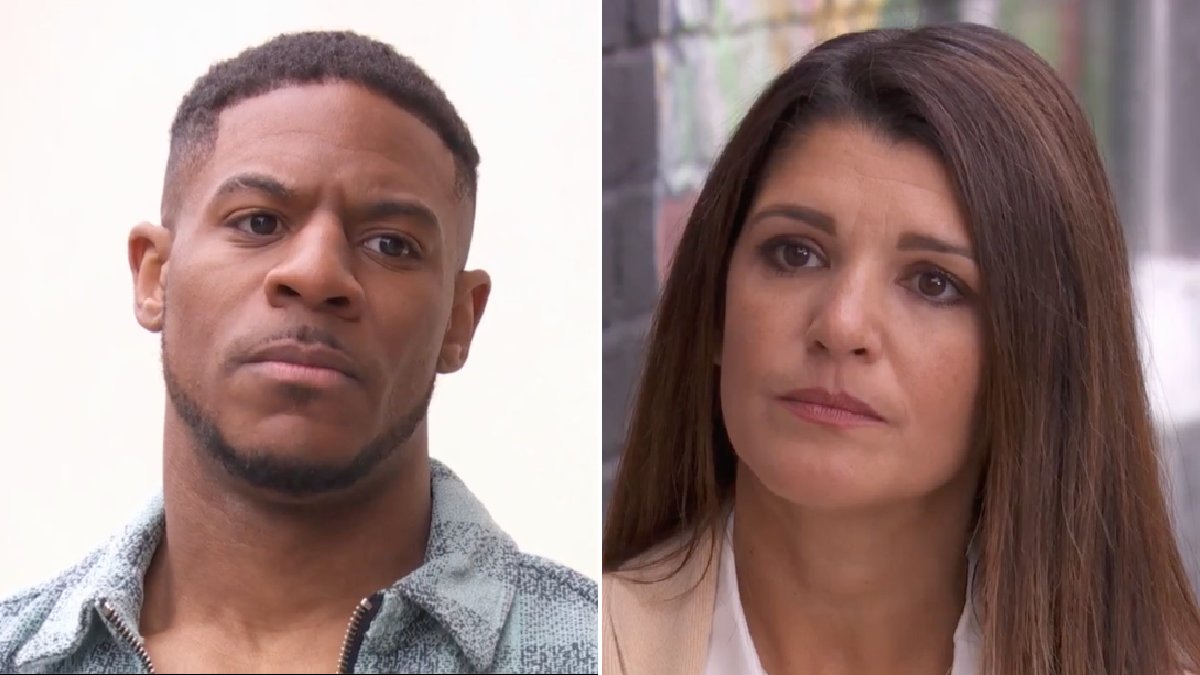 Nate Denby’s (Chris Charles) huge secret has finally been revealed, with Hollyoaks confirming that he’s working as an undercover cop!

The newcomer has been pretty secretive since rocking up in the eponymous village, with fans often wondering just what it is that he’s up to.

Sienna Blake (Anna Passey) was similarly intrigued, given that the mystery man has no online profiles on social media. Nate, however, claimed his lack of online presence is due to an old girlfriend who became ‘obsessive’.

But it turns out that this was a lie, as Thursday’s (October 28) first-look E4 edition of the Channel 4 serial drama revealed almost all there is to know about the market trader.

The instalment in question also featured the first appearance of Lexi (Natalie Anderson), who turned up in the village – desperate to speak with Nate.

After flashing her badge at him, it became apparent that she was a police officer. Nate panicked, telling her to put it away, as he can’t be seen to be in discussions with an officer of the law.

Nate, you see, is also a copper, who is working undercover!

However, it appears as if he’s gone rogue, as he’s not on the mission he’s supposed to be – which is why Lexi has been hounding him.

‘I’ve got no choice!’, exclaimed Nate. ‘I have to do this, Lexi. I became a copper to get justice for people.

The question is: just what is Nate investigating? And what injustice is he referring to?

Could it have something to do with the Deveraux clan, perhaps? Nate took a particular interest in them when he first showed up in the village.

If so, the question is: why?