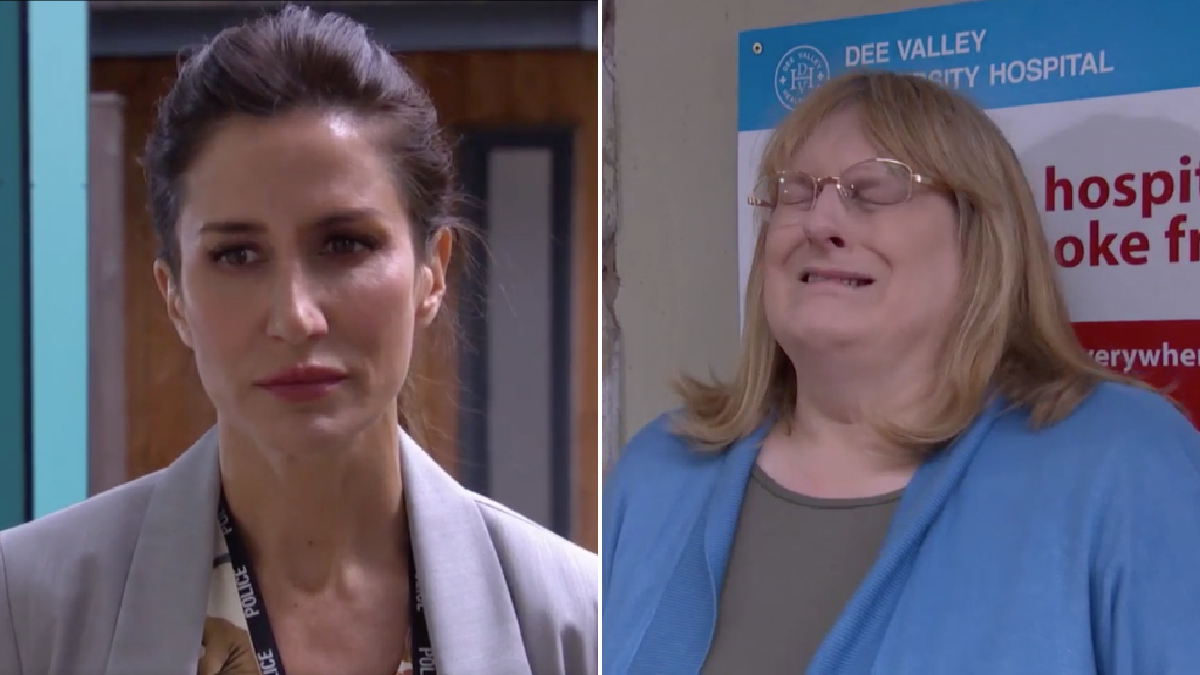 Hollyoaks legend Sally St Claire (Annie Wallace) broke down in tears after she was caught trying to evade the police.

The high school head teacher was admitted to hospital earlier this week, after she was attacked in prison.

The attack, which she confirmed was a hate-crime, was carried out by a fellow prisoner, who made it quite clear that should Sally return to the prison, she’d not be making it out alive.

In shocking scenes last night, the soap stalwart resolved to make a run for it while still in the hospital, as she knew no matter what, she could not return to captivity.

Sally pleaded with John Paul McQueen (James Sutton) to assist her in escaping, and in spite of his worries and concerns, he agreed to do so.

James Nightingale (Gregory Finnegan) got wind of his former flame’s plan to help Sally go on the run, but he promised that he would not interfere.

However, that’s exactly what he did, as he prevented John Paul from making his way to the hospital to pick up fugitive Sally, remarking that it was too late.

John Paul, horrified, asked James to clarify what he meant by such a thing.

Sally, meanwhile, evaded the watchful guards and made her way to the fire escape, where she successfully exited the hosptial.

However, before she could escape, she was confronted by a displeased DS Cohen (Ariana Fraval), who had evidently been tipped off about her plan by James!

A smug PC Smith (Callum Lill) told Sally that she’d never be getting out of prison now, resulting in the principal of Hollyoaks High bursting into tears, as she struggled to accept her fate.

Why did James double-cross Sally and John Paul in such a way? What’s more, what fate lies ahead for Sally?

Will she end up back behind bars in the very same prison where the attack took place?