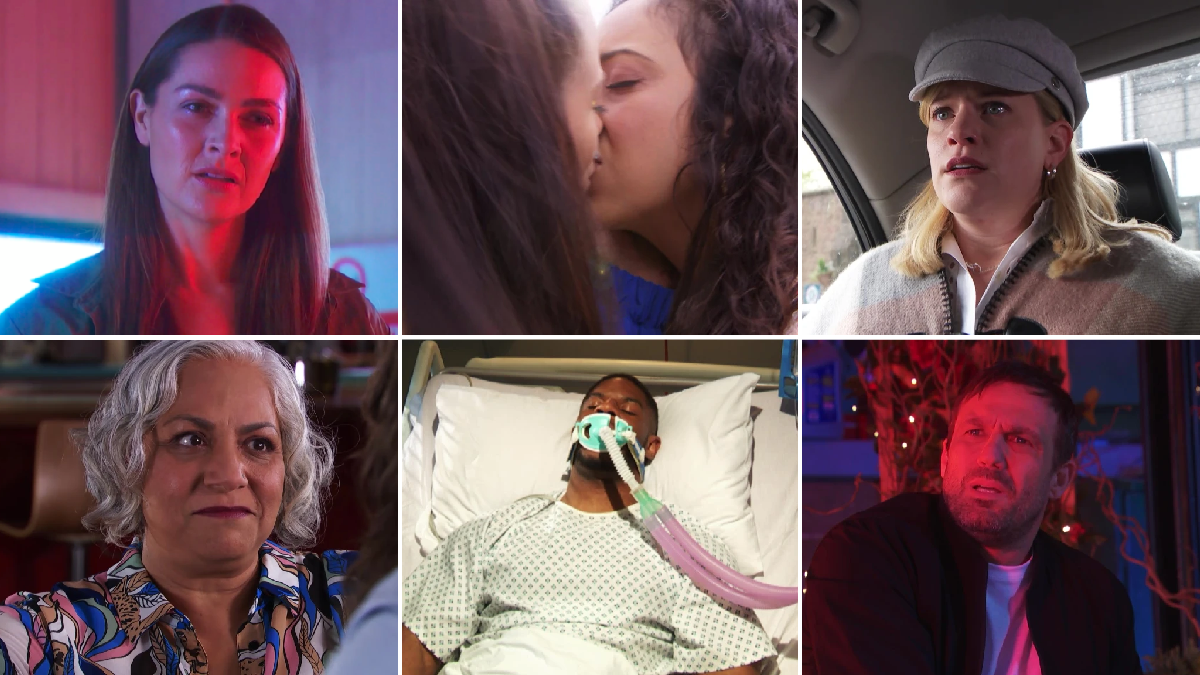 Hollyoaks is taking a leaf out of the weather’s book, as things are starting to heat up as we enter the summer months of the year.

The show has been home to a number of huge plot twists and shocks this year already, with the death of Marnie Nightingale taking us all by surprise.

Cleo McQueen’s shock departure, not to mention the resolution to Toby Faroe’s serial killer storyline, also left viewers in shock, as did the incredible Out of Time episode at the beginning of the year.

But if you thought Hollyoaks would be slowing things down as we approached the summer, then you have got another thing coming!

Just wait until you see what’s on offer.

The Channel 4 soap has dropped a brand new trailer, previewing what’s to come over the next few months, and it’s safe to say that our jaws are well and truly on the floor.

What’s more, will he pull through? Grace Black is concerned for her partner, staying by his bedside until she receives an update.

Ali returns to destroy Misbah – but Misbah stands up to him

Ali Shahzad makes a socking return to the village later this month, leaving Misbah in shock when she sets her sights upon the rapist.

But despite Ali’s desire to make her life hell, Misbah makes it quite clear that she’s ready to face the abuser, and tell everyone exactly what he did to her.

Charlie Dean’s behaviour has been a cause for concern in recent months, with the schoolboy proving to be abusive and vile towards the young women in his life.

His association with Eric has made matters worse, as the newcomer’s disturbing behaviour is evidently starting to rub off on him.

Nancy, however, confronts Charlie in upcoming scenes, telling him that his latest actions are cruel and disrespectful.

Will Charlie change his ways before he goes down a dark path that there is no coming back from?

John Paul McQueen haș been struggling with his reliance on alcohol, which ultimately led to him losing his job as deputy head at the school.

His behaviour spirals out of control this month, and he ends up in hospital as a result. But he bravely takes the first step towards recovery, as he admits that he’s an alcoholic.

Will JP get the help he needs?

Sparks continue to fly for Juliet and Nadira

Juliet Nightingale has struggled to resist her feelings for newcomer Nadira, and despite her planning her wedding to Peri Lomax, sparks fly once more between the two.

The trailer reveals that the star-crossed lovers share yet another kiss. The question is: will Peri find out the truth?

Hollyoaks airs weekdays at 7pm on E4, or stream first look episodes daily on All4.