Actor died Friday at the age of 91 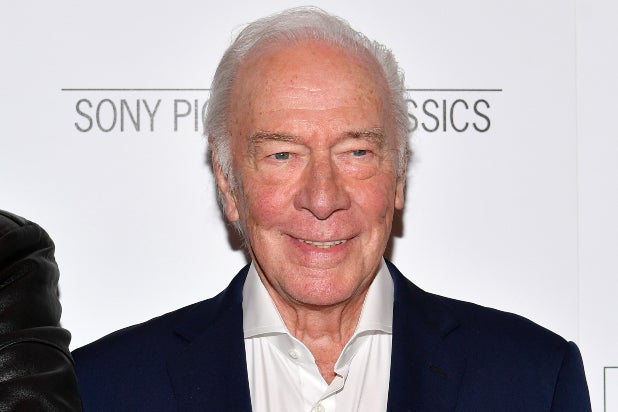 Tributes poured in Friday morning as news broke that legendary actor Christopher Plummer had passed away at the age of 91.

“One of the greats,” Joseph Gordon-Levitt wrote on Twitter, while George Takei said, “The Sound of Music is a sad one today as Christopher Plummer has left us today. He was giant of stage and screen.”

Chris Evans, who recently starred with Plummer in “Knives Out,” said, “This is truly heartbreaking. What an unbelievable loss. Few careers have such longevity and impact. One of my favorite memories from Knives Out was playing piano together in the Thrombey house between set ups. He was a lovely man and a legendary talent.”

In a statement to TheWrap, Plummer’s “The Last Station” costar Helen Mirren said, “I had the great honour to work with Chris Plummer in his Oscar nominated role of Tolstoy. He was a mighty force both as Man and Actor. He was an actor in the 19th century meaning of the word–his commitment to his profession. His art was total, theater being a constant and the most important part of the totality of his drive to engage with storytelling. He was fearless, energetic, courageous, knowledgeable, professional and a monument to what an actor can be. A Great Actor in the truest sense.”

Plummer died early Friday at his home in Connecticut. His wife of 53 years, Elaine Taylor, said the cause was a blow to the head after a fall, according to The New York Times.

Plummer was a three-time Oscar nominee, first for 2009’s “The Last Station,” again for Ridley Scott’s “All the Money in the World” in 2017, and he won his Oscar for Mike Mills’ “Beginners” from 2010. By winning the Oscar, he became the oldest actor to ever win a competitive Oscar in the category at age 82, surpassing Jessica Tandy for the record.

Plummer would log over 200 credits in his career that dates back to the 1950s. He made his Broadway debut in 1954 and started his career on television, with some of his early roles including a TV movie version of “The Philadelphia Story” and “Cyrano de Bergerac,” a role he would revive on stage in the 70s. But his most famous role remains in “The Sound of Music” from 1965 as Captain Von Trapp. Recently, he starred in Rian Johnson’s “Knives Out.”

“One of the many reasons to love #ChristopherPlummer. We watched the #SoundOfMusic so much when I was a boy that he and the Von Trapps felt like family. Rest In Peace, legend,” Daniel Dae Kim tweeted.

Plummer had also won two Emmys, but he fell short of the EGOT, though he was nominated for a Grammy in 1986 for a Best Recording for Children. Kids especially will know him as the narrator of the animated series “Madeline,” which aired in the early ’90s.