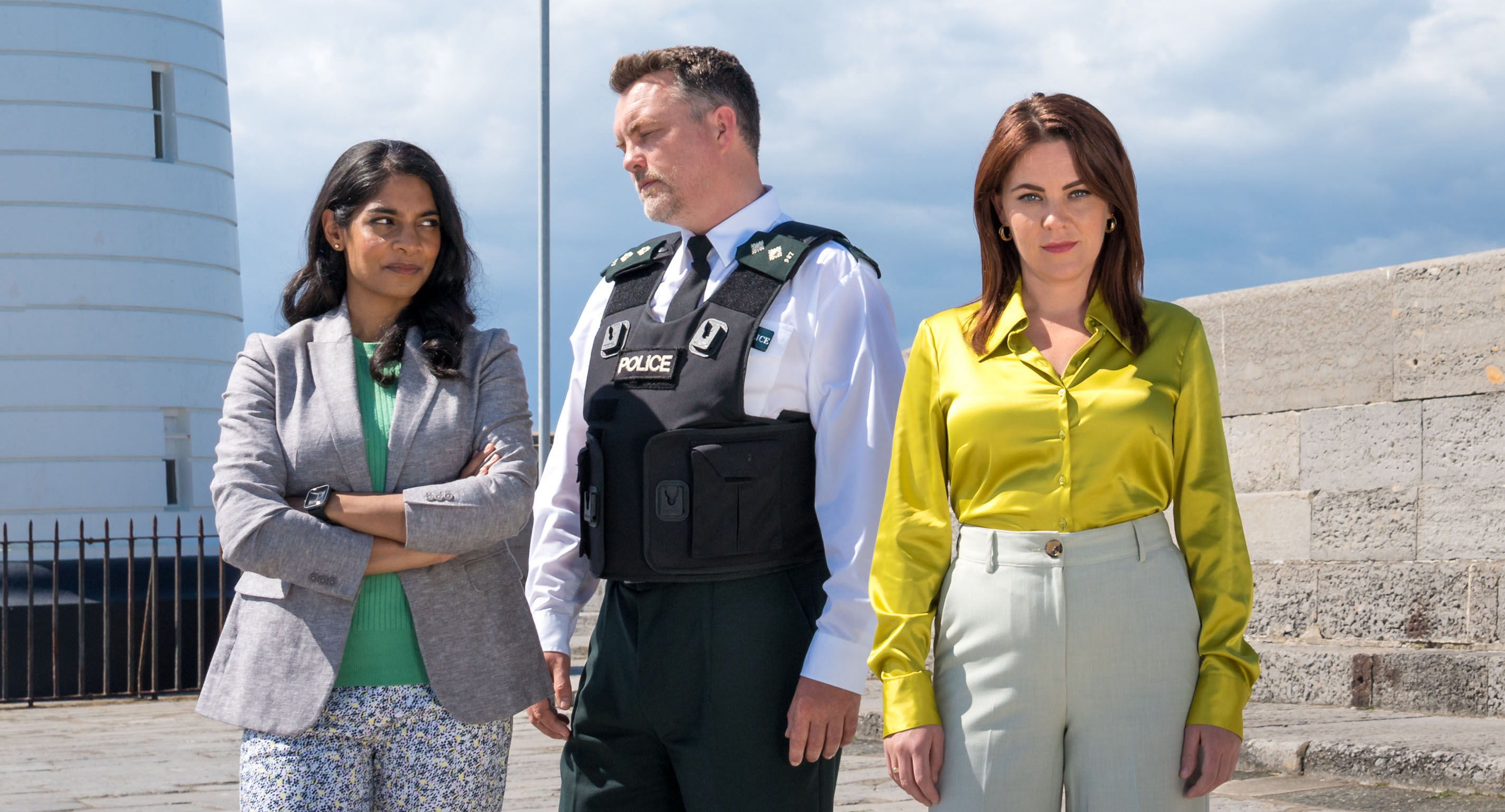 Siobhan has been mentioned on a number of occasions thus far, with dialogue revealing that she and Finn had separated after she was caught having an affair with Shay’s (Louis McCartney) P.E. teacher.

Concepta (Bríd Brennan) has made no qualms about telling people that she’d run Siobhan out of Port Devine, but she evidently started to question her actions during Friday’s (February 4) offering of the BBC One serial drama.

With Niamh (Ellie Lavery) back home for Clint Dunwoody (Aaron McCusker) and Nicole Devine’s (Niamh McGrady) wedding, Concepta came to realise just how much her granddaughter was missing her home town.

She therefore made a quick trip to Belfast in the hopes of convincing Siobhan to let Niamh return home. Her efforts, however, proved fruitless.

Or so she thought.

Several hours after the showdown with her mother-in-law, Siobhan made her triumphant return to Port Devine, as she crashed Clint and Nicole’s wedding reception with a classic soap-esque entrance.

‘Rachel Tucker [who plays Siobhan] is brilliant!,’ Ciaran McMenamin told Metro.co.uk, discussing her debut scenes. ‘They keep bigging Siobhan up before you ever meet her meet her, so you’re sort of expecting the wicked witch from the west!’

Finn, naturally, was stunned to set his sights on Siobhan, who revealed that she intended to move back to Port Devine for good, in the hopes of getting the family back together.

Talk about a jaw-dropping twist!

But just what will this latest development mean for Finn’s secret romance with colleague Leila Hussian (Amara Karan)?

That remains to be seen, but one thing is for sure: Siobhan’s arrival will bring with it some incredible drama, with Kerri Quinn -who plays Marlene Pettigrew – telling us that it ‘changes the whole dynamic of the show’.

Siobhan, you see, is so much more than a one-dimensional antagonist, as she herself will have her own struggles to deal with, and audiences might even find themselves sympathising with her.

‘When Siobhan appears, you sort of get the wicked witch from the west, but the really clever thing about the script is that I think the audience will very quickly start to see things from her point-of-view as well,’ added Ciaran.

‘The characters [in Hope Street] are all very well-fleshed out. Siobhan has got a lot more to her than a broomstick! She’s a real character, and she is the mother of Finn’s kids. I think people will relate to a lot of it.’

Kerri, meanwhile, was quick to praise Rachel’s portrayal of Siobhan too, promising that the scenes she shares with Ciaran are ‘fantastic’.

She added: ‘The audience are going to be torn between: “Do we want Leila and Finn to keep going? Or do we want him to reunite with his wife?” all that’s still to come!’

We can hardly wait!

Hope Street continues Monday February 7 at 2:15pm on BBC One.