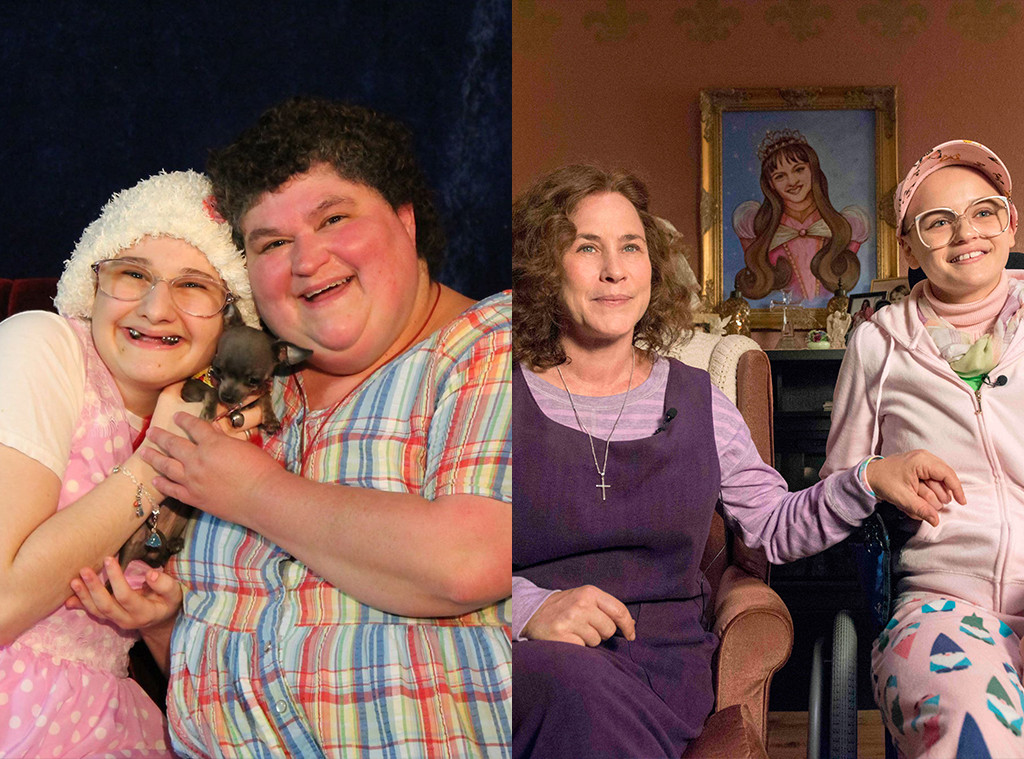 One of true crime’s wildest stories is coming to Hulu, and it stars two actresses who you might not even recognize if you didn’t know it was them.

Joey King and Patricia Arquette completely transformed to play Gypsy Rose Blanchard and her mother, Dee Dee Blanchard, the mother-daughter duo at the center of a story that shocked everyone in 2017. For years, Dee Dee had been telling everyone that her daughter had, among other ailments, leukemia, asthma, muscular dystrophy, and the mental capacity of a 7 year-old, and it turned out none of that was true. Dee Dee was found murdered in 2015, and Gypsy and a boyfriend she had met online were convicted of the crime.

HBO aired a documentary in 2017 called Mommy Dead and Dearest about the case, and now Hulu has turned it into a miniseries called The Act, starring King and Arquette.

At a TV Critics Association panel on Monday, King said she was initially hesitant to shave her head.

“There was a bit of me being like, well, do I have to? Is there a way we can make it not?” she told reporters. “But at the end of the day, I realized this role and this show, I connected with it a lot. It just meant so much to me and I would’ve done anything to be able to portray Gypsy’s story and to play her, so I have zero regret. I’m so happy that I did, and now I’m spiking it, like what’s up?”

King says she prepared as much as she could by talking to journalist and EP Michelle Dean and reading about the case, but it was a role she couldn’t really prepare for.

Arquette had recently finished filming Showtime’s Escape at Dannemora, which she won the Golden Globe, Critics’ Choice Award, and SAG Award for. That role already required some physical transformation like weight gain, and this role required even more.

“I started losing weight after Dannemora then I stopped for this, but this real lady was like a hundred pounds more and I thought, I will die, I’ll just be a dead person, so I’m gonna stop here,” Arquette said. “Now I’m going to start taking a little more care of my own self. But to work with these actresses—this is such exciting material and it’s also about this relationship, this intense love affair that this mother’s so jealous and protective of. The normal material thing’s distorted beyond, and then they have this very important relationship…”

Take a look at King and Arquette in character, as well as some other famous True Crime transformations below! 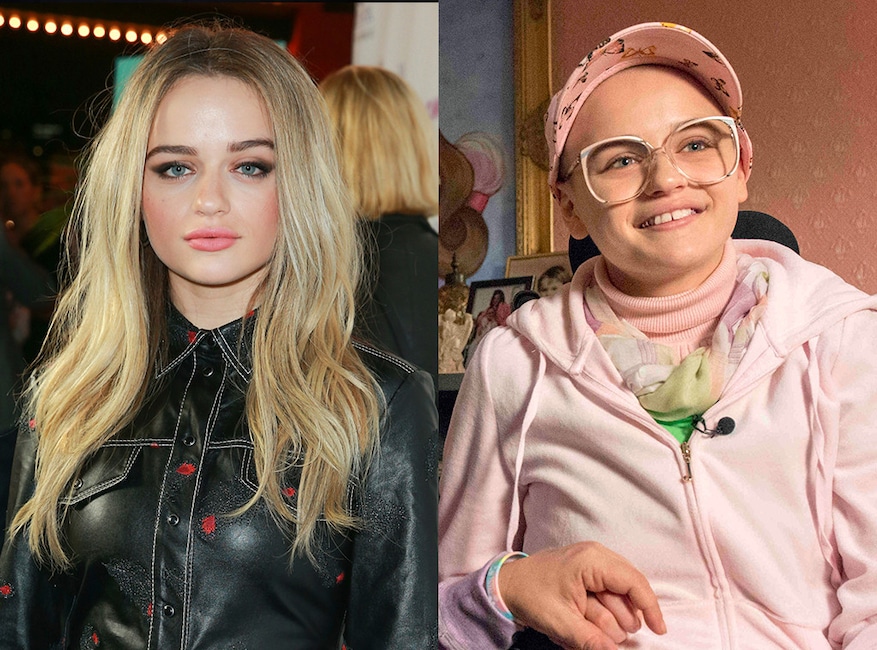 The Kissing Booth star had to shave her head for the role of Gypsy in Hulu’s The Act, a miniseries about the woman whose mother Dee Dee claimed she was extremely sick and had the mental capacity of a 7 year-old for years and years, until Dee Dee was found murdered and it was revealed that Gypsy was actually a completely healthy adult. 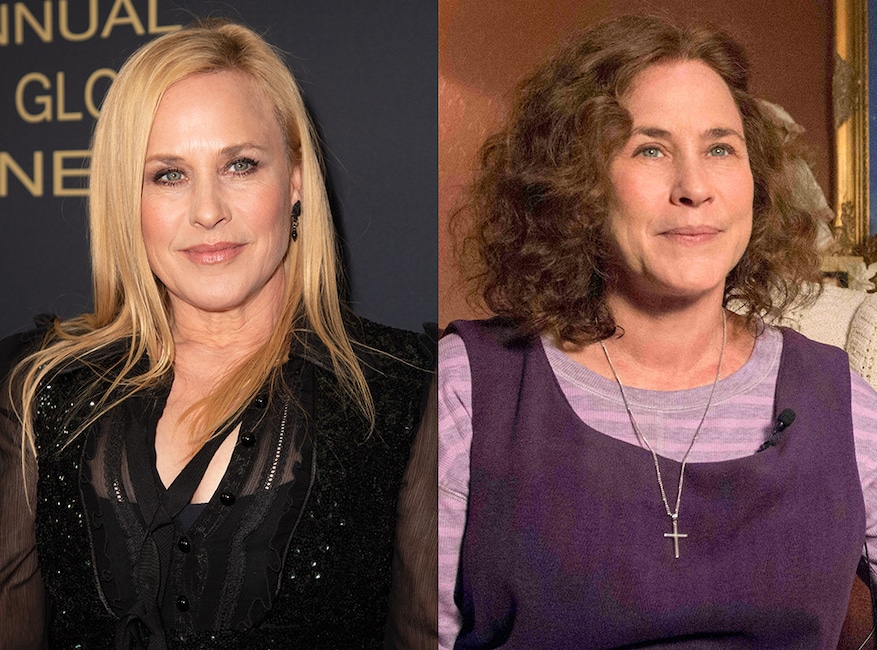 And Patricia Arquette, who had already transformed for her award-winning performance in Showtime’s Escape at Dannemora, gained weight to play Dee Dee herself, though she didn’t gain as much weight as she would have needed to completely physically match the real person, especially after all of the weight fluctuation she had gone through for Dannemora.

“This real lady was like a hundred pounds more, and I thought, I will die. I’ll just be a dead person, so I’m gonna stop here.” 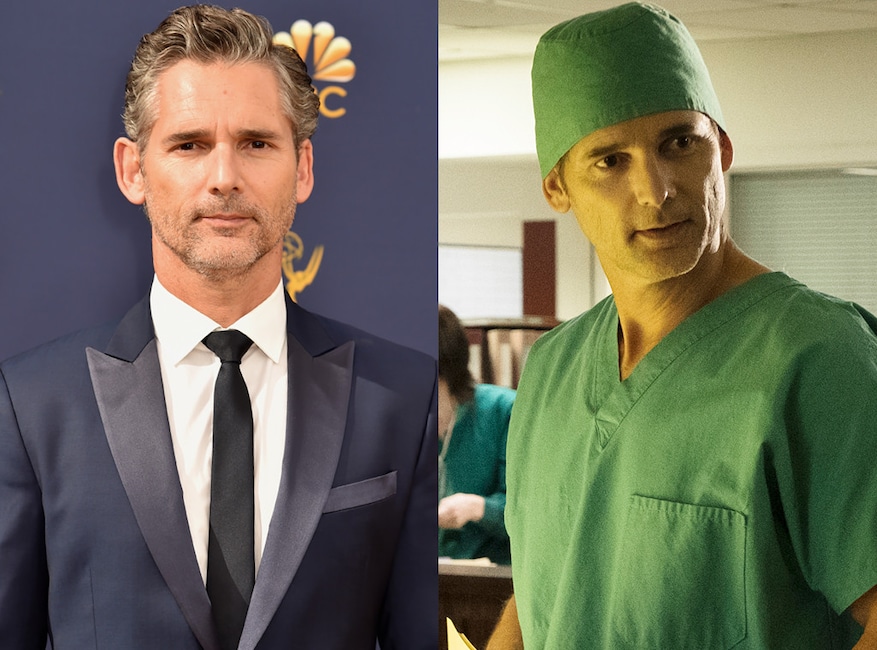 The Troy star dipped his toe back into TV for the role of John Meehan, a con artist with a sordid past on Bravo’s Dirty John. 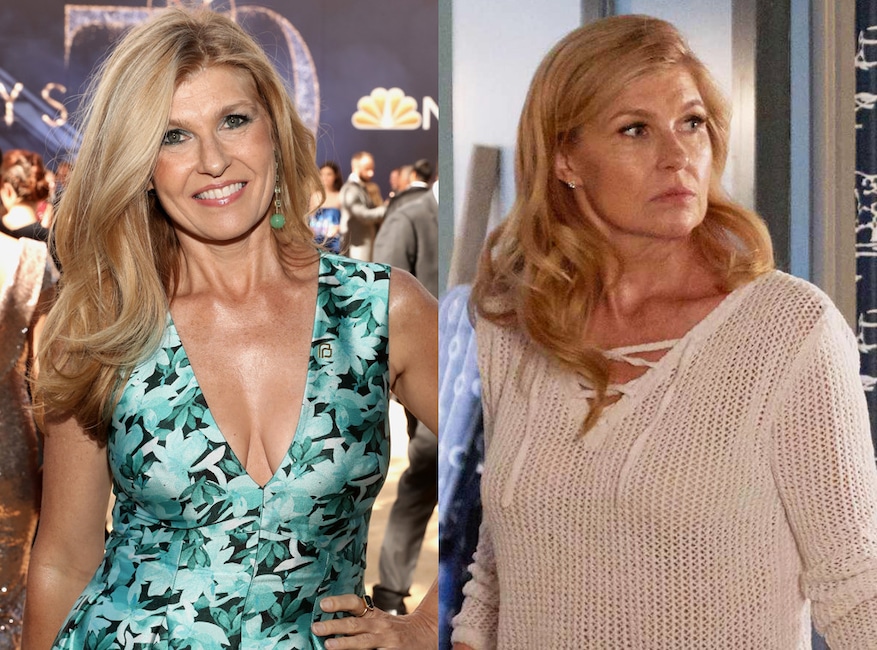 Connie Britton takes on the role of Debra Newell in Dirty John. Debra is a woman who thought she found the man of her dreams…but he turned into a nightmare. 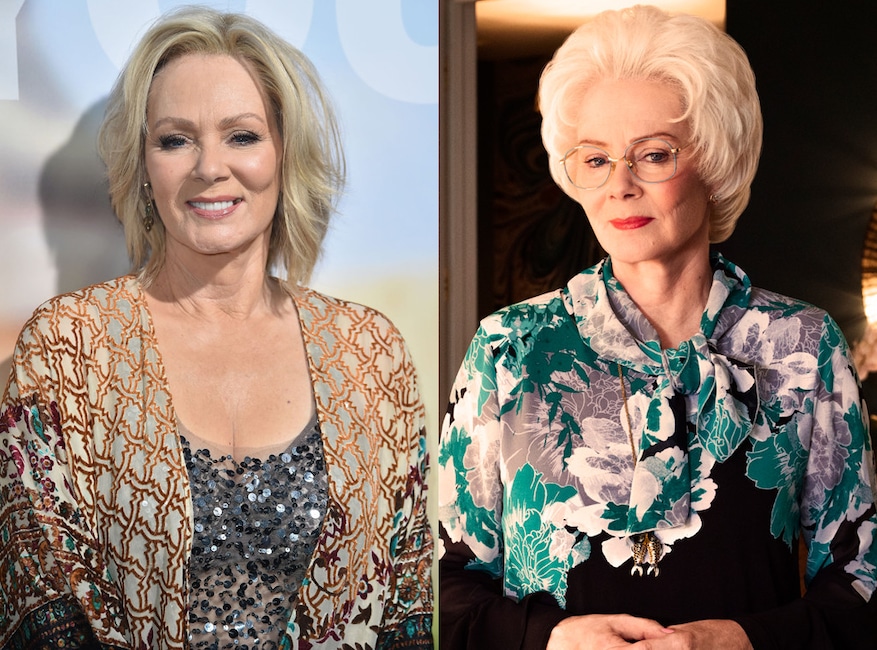 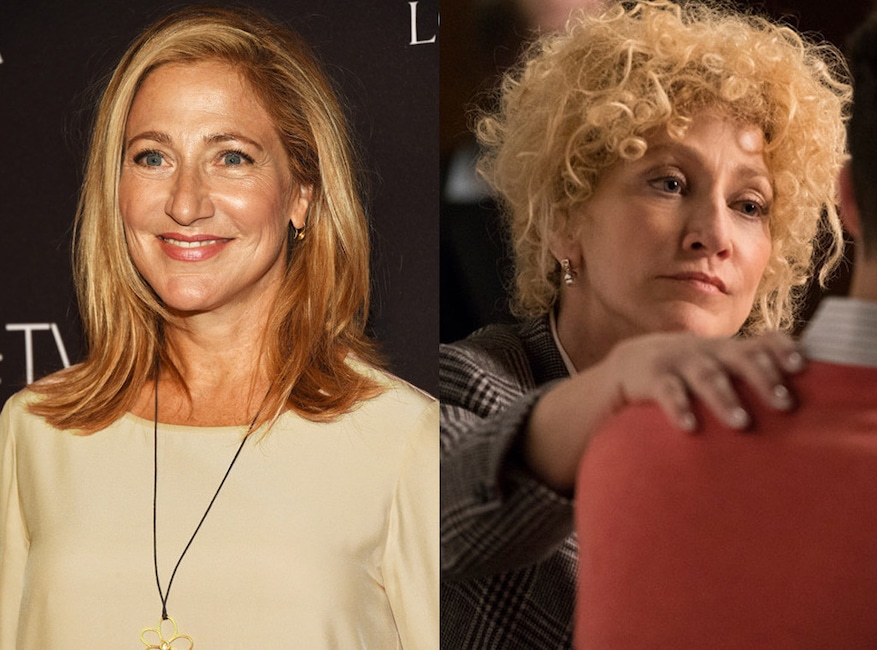 The Nurse Jackie actress suited up as the curly haired legal eagle on the first season of Law & Order: True Crime, which focused on the famous Menendez brothers murder case. In 1994, Lyle and Erik Menendez were convicted in a high-profile trial for the 1989 murders of their wealthy parents, entertainment executive Jose and his wife Kitty. 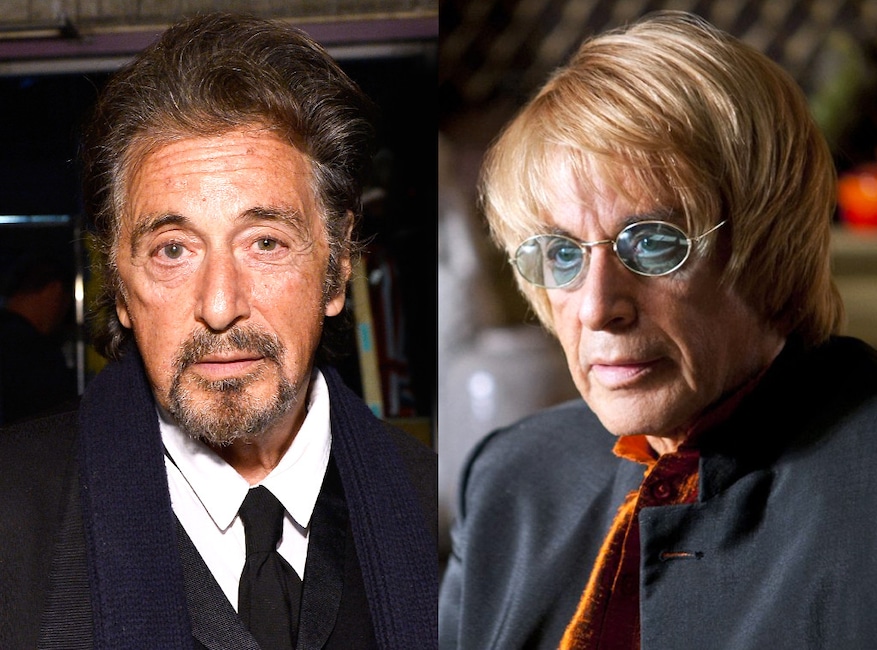 Starring in HBO’s Phil Spector, the Oscar winner got wiggy with it when he took on the role of the eccentric “Wall of Sound” super producer, who was found guilty of killing actress Lana Clarkson after a night of drinking in 2003. 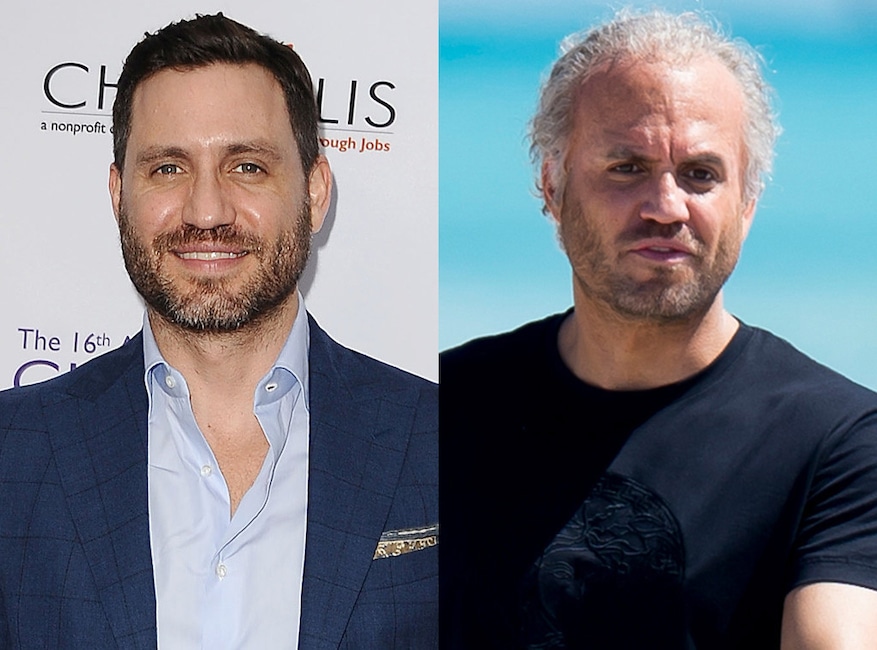 For Ryan Murphy’s American Crime Story, The Girl on the Train star completely transformed his appearance for his role as the slain Italian fashion designer, who was murdered outside his Miami mansion by Andrew Cunanan on July 15, 1997. 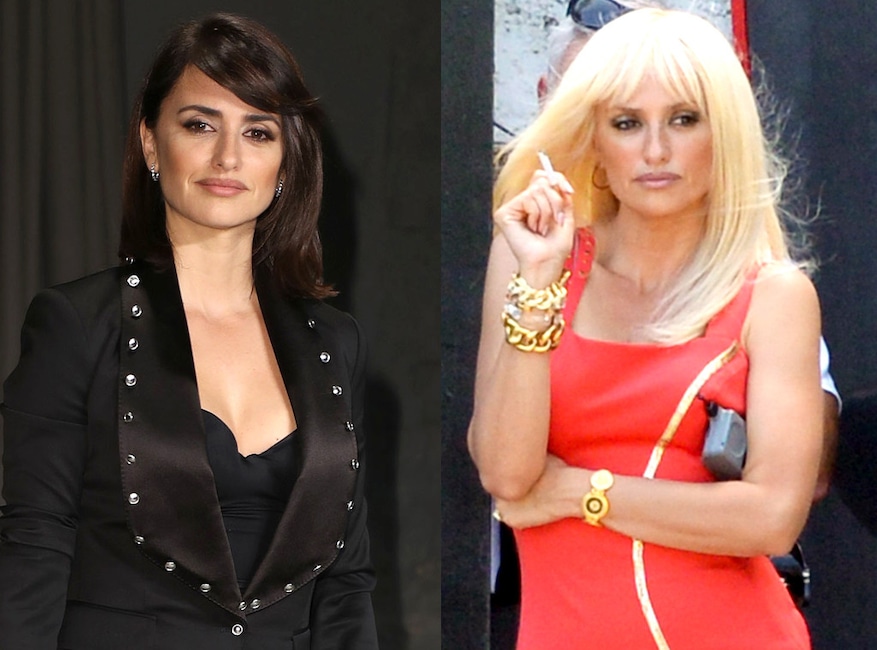 The Spanish star donned one seriously blonde wig to play the fashionable sister of Gianni Versace in the second season of American Crime Story. 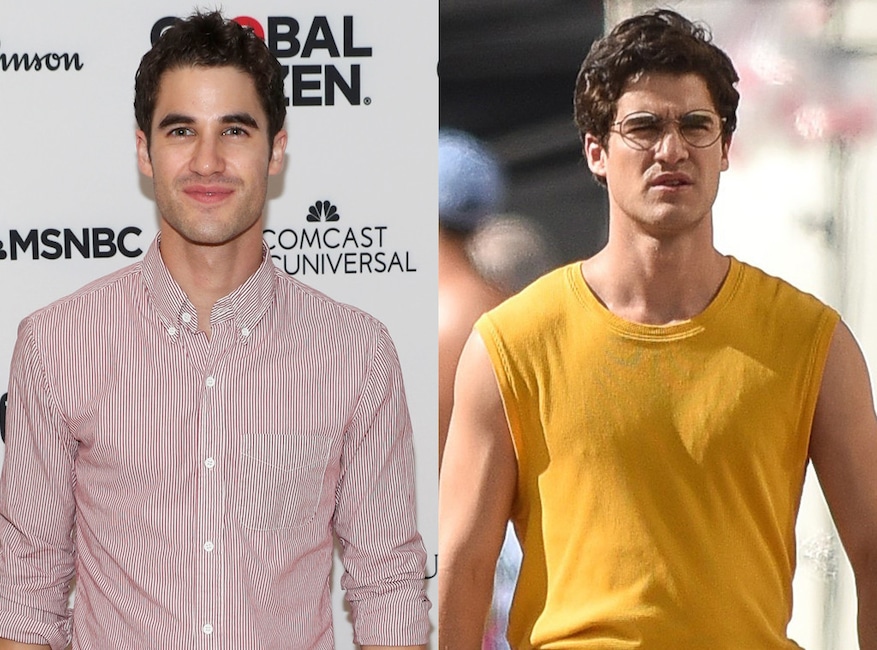 The former Glee star donned some killer jorts for his role as Gianni Versace’s killer in the second season of Ryan Murphy’s American Crime Story. The 28-year-old killed at least four people before murdering the famed fashion designer in front of his Miami mansion on July 15, 1997. On July 24, 1997, he committed suicide. 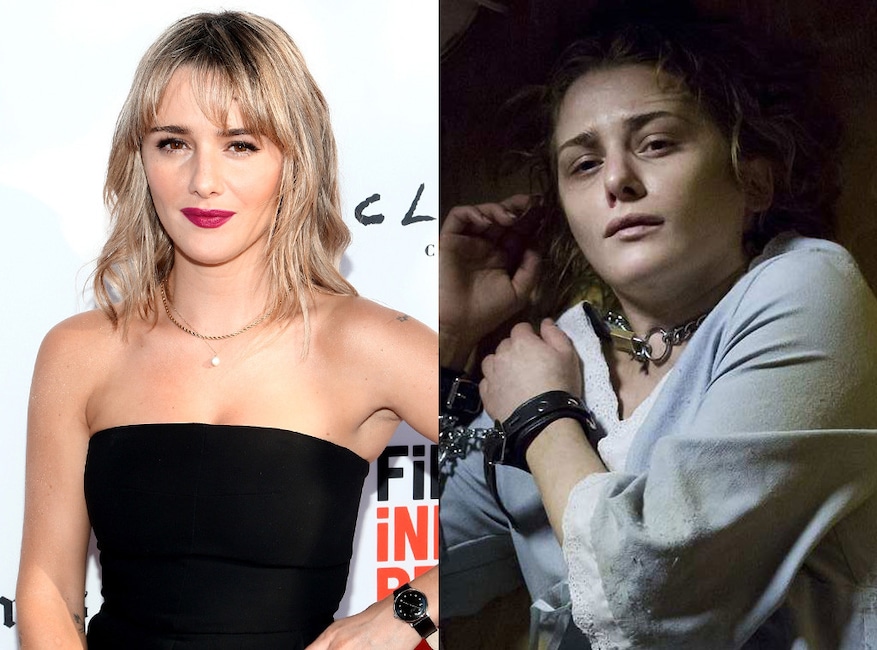 In Girl in the Box, the actress went full throttle for her role as a kidnap victim who was kept in a box and used as a sex slave for seven years by Cameron Hooker. Eventually his wife turned him and and Hooker was sentenced to 104 years in prison. 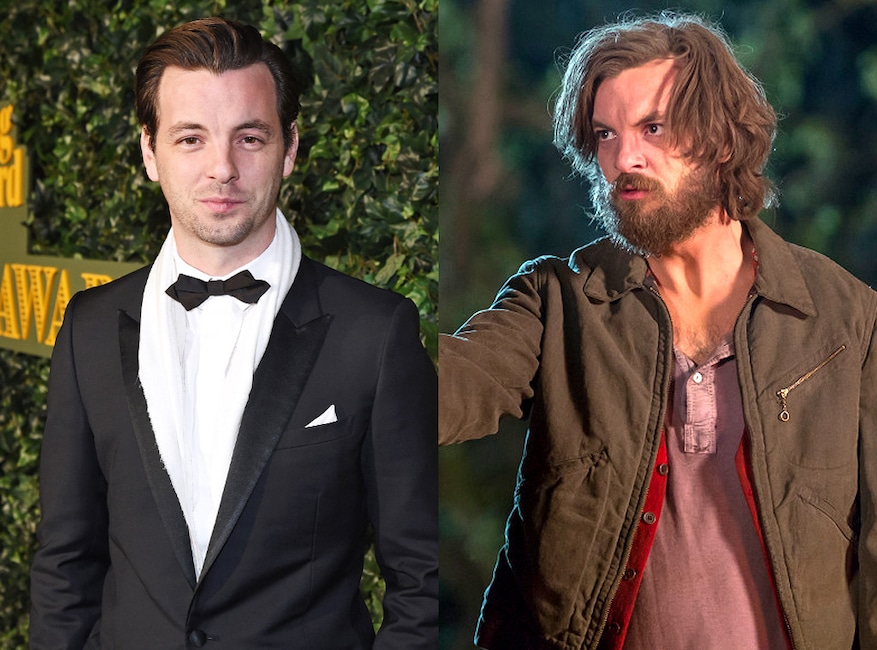 Making quite the physical change, the British Game of Thrones star went head first into the role of the Manson Family’s head honcho on the drama Aquarius. 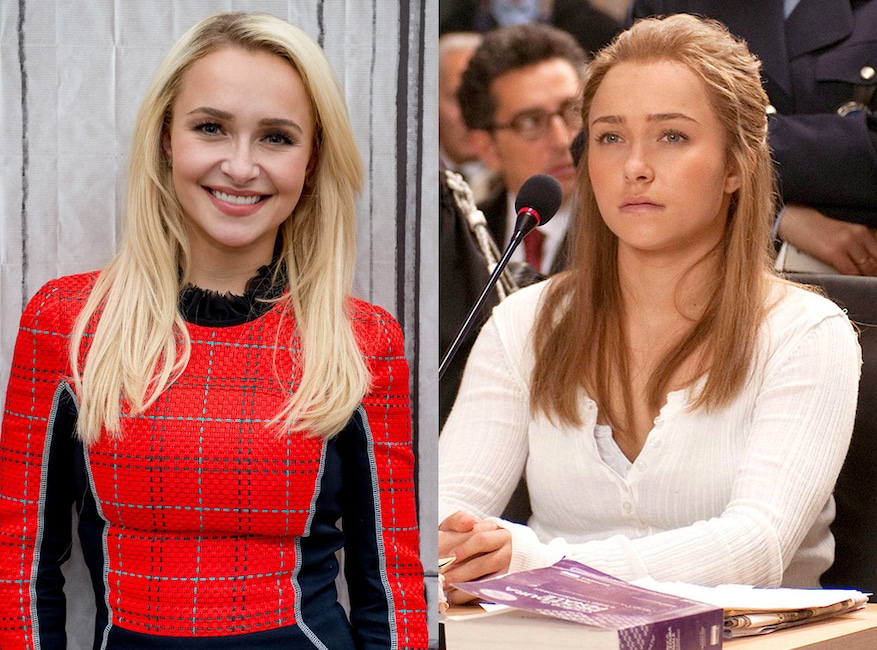 The Nashville actress starred as Foxy Knoxy in the Lifetime movie Amanda Knox: Murder on Trial in Italy in 2011. Knox was accused of killing her roommate Meredith Kercher on Nov. 1, 2007, during her semester abroad in Perugia, Italy. 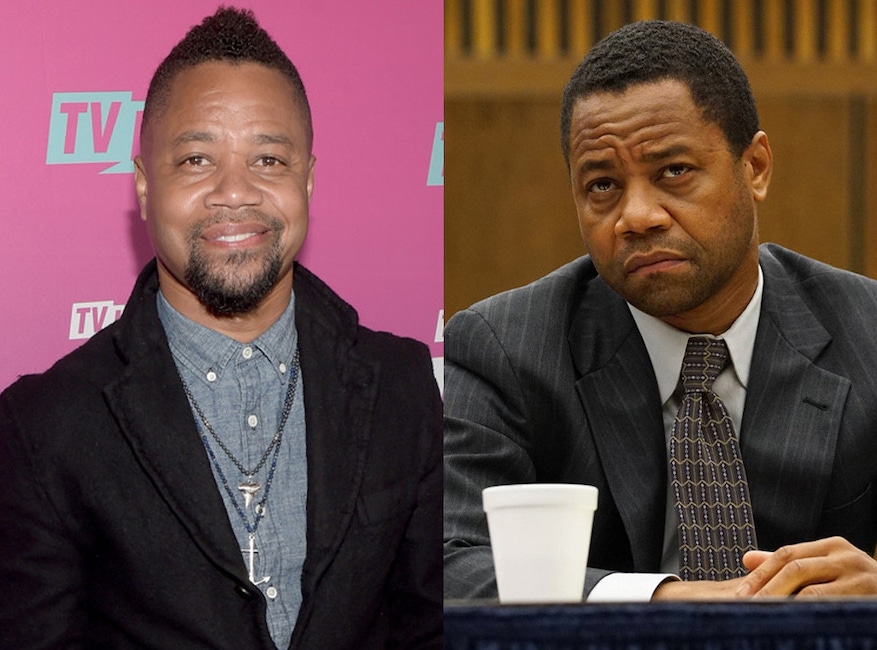 The Oscar winner jumped into portraying The Juice for FX’s American Crime Story in 2016. The fallen football hero was put on trial for the 1994 murder of his ex wife Nicole Brown Simpson and Ron Goldman. 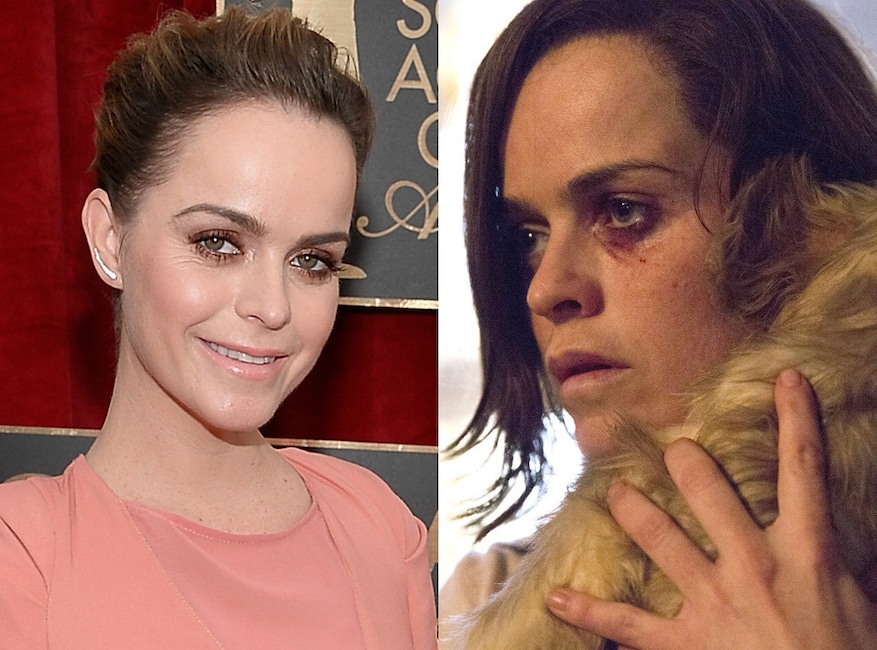 The Orange Is the New Black actress starred as a 10-year kidnapping victim in the 2015 Lifetime movie Cleveland Abduction. The star played the oldest of the three women who were held captive by Ariel Castro for nearly a decade before escaping in 2013. 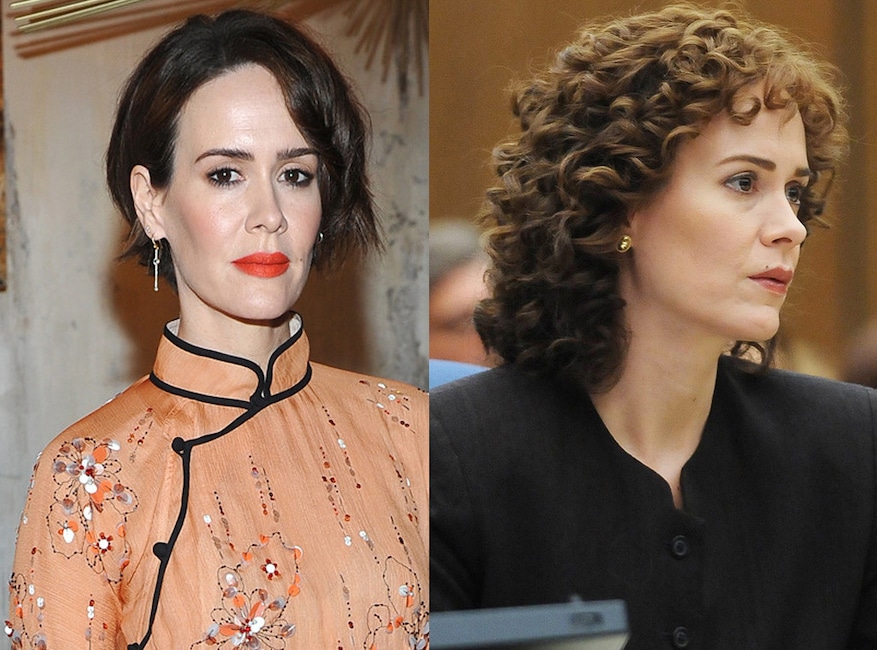 Ryan Murphy’s go-to girl went for a total transformation and nabbed an Emmy for her portrayal of the dogged lead prosecutor in the O.J. Simpson trial on FX’s American Crime Story in 2016. 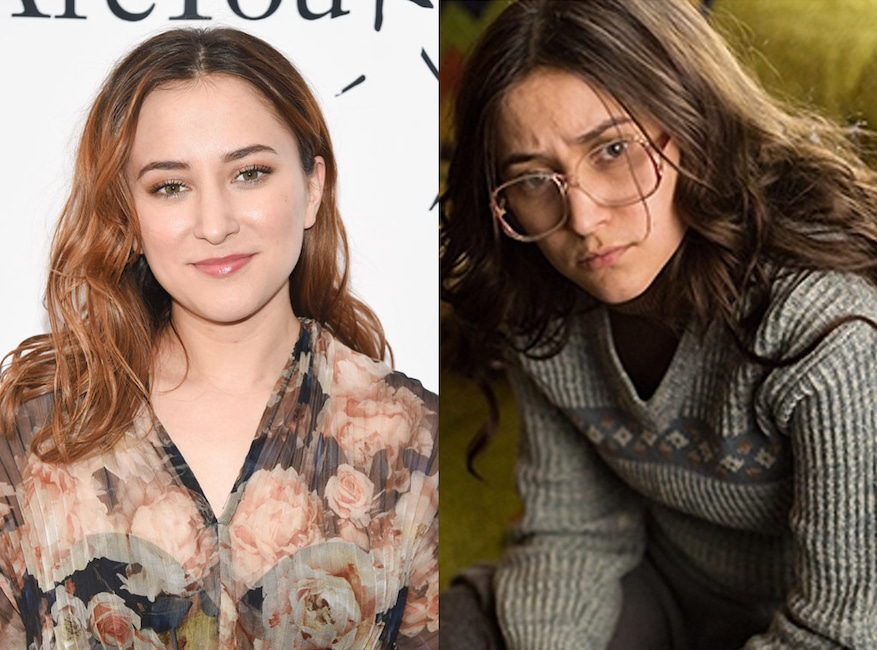 Robin Williams’ daughter was barely recognizable when she took on the role of Cameron Hooker’s wife and accomplice in the TV movie Girl in the Box, about a couple who kidnaps a woman, Colleen Stan, and uses her as a sex slave for seven years. 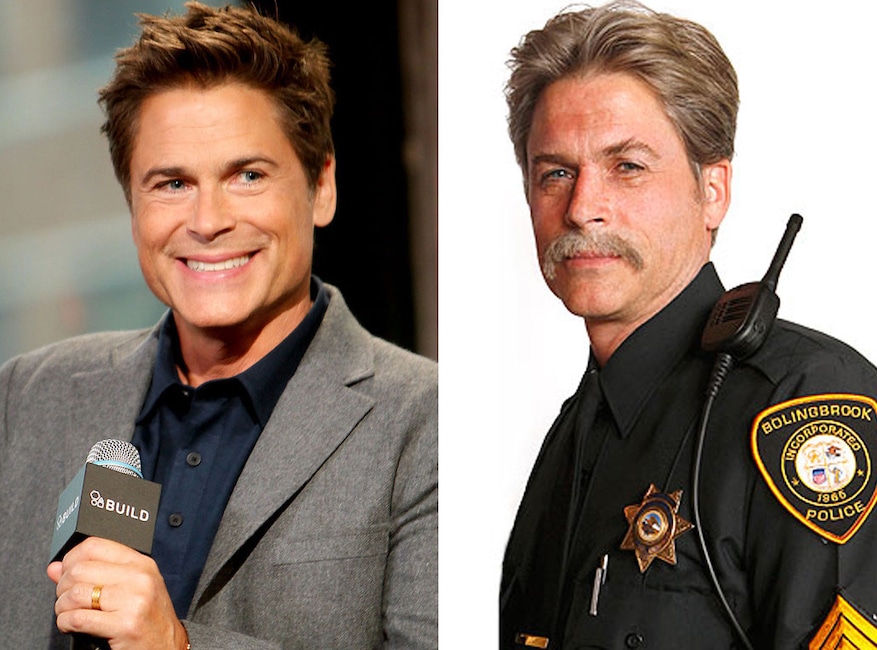 The hunky actor opted for new ‘do and a ‘stache to appear in Lifetime’s Drew Peterson: Untouchable in 2012. Lowe took on the role of the former police sergeant who was convicted in 2012 of his third wife’s death after his fourth wife disappeared. Peterson received a prison sentence of 38 years on February 21, 2013. His fourth wife, Stacy, is still missing. 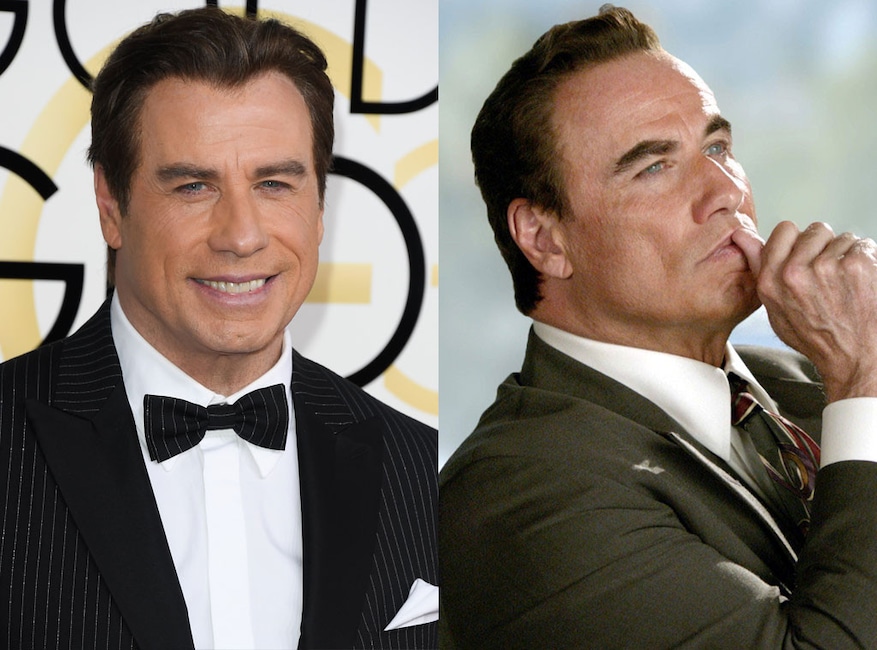 The Hollywood heavyweight, who started off in TV, went back to his roots when he played the famed defense attorney, who was part of O.J. Simpson’s legal “Dream Team,” in American Crime Story in 2016. 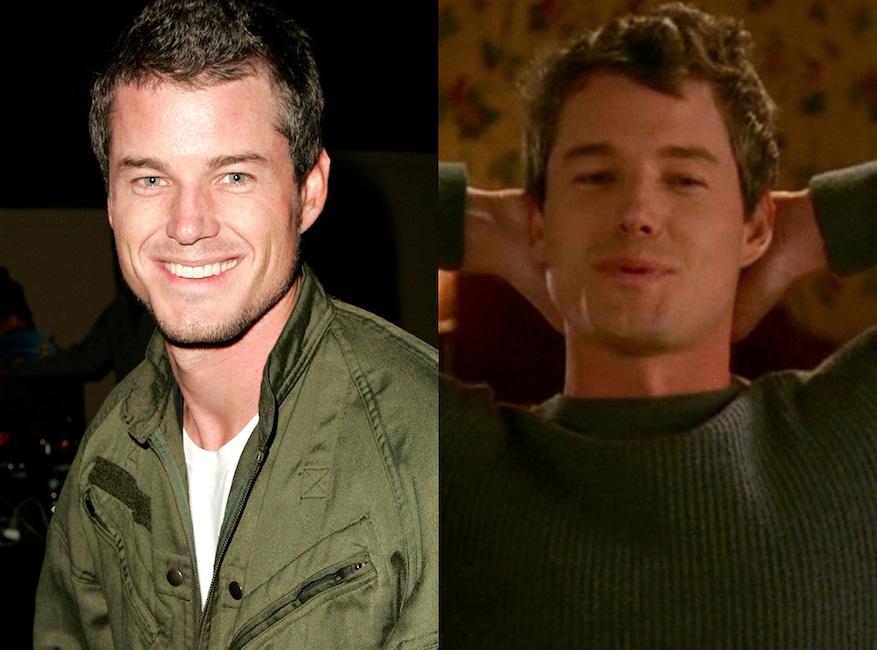 The former Grey’s Anatomy star kicked things back to the ’60s when he played the charming but deadly Charles “Tex” Watson, a member of Charles Manson’s Manson Family, in the TV movie Helter Skelter, based on Vincent Bugliosi’s famed true crime book. 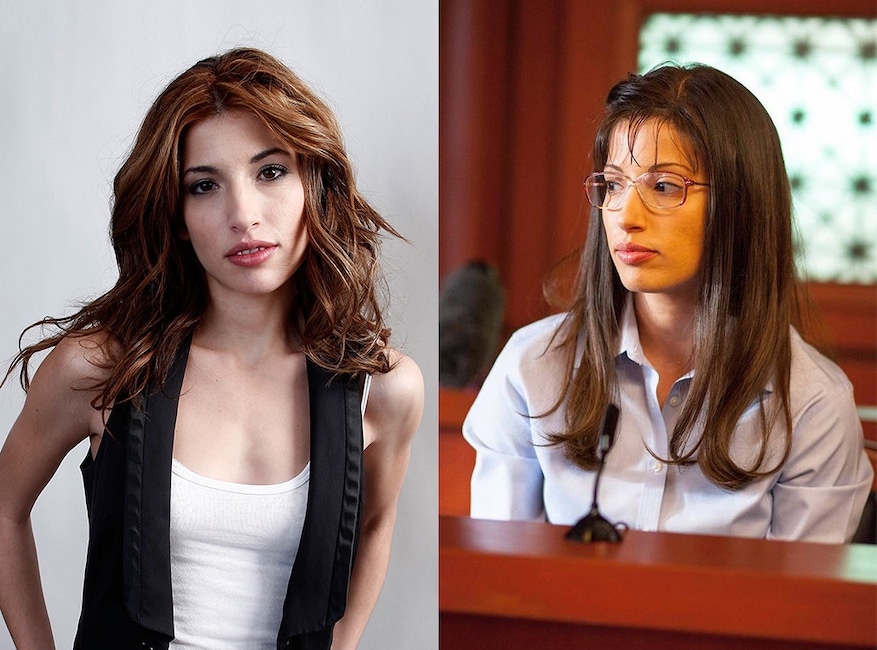 Rocking that infamous hairstyle, the Goliath star played the murderous woman in the made-for-television movie Jodi Arias: Dirty Little Secret about the killing of Travis Alexander, her ex boyfriend. 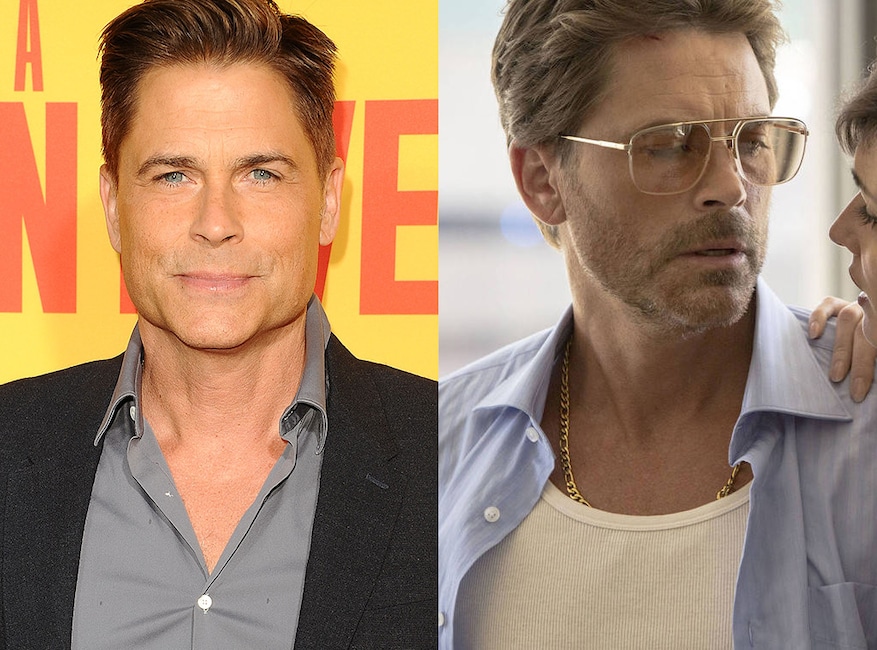 The actor dusted off some cool shades to play murdered millionaire and Fontainebleau hotel heir in the made-for-TV movie Beautiful & Twisted in 2015. Ben’s estranged wife, Narcy Novak, was convicted of orchestrating the murders and was sentenced to life in prison without the possibility of parole. 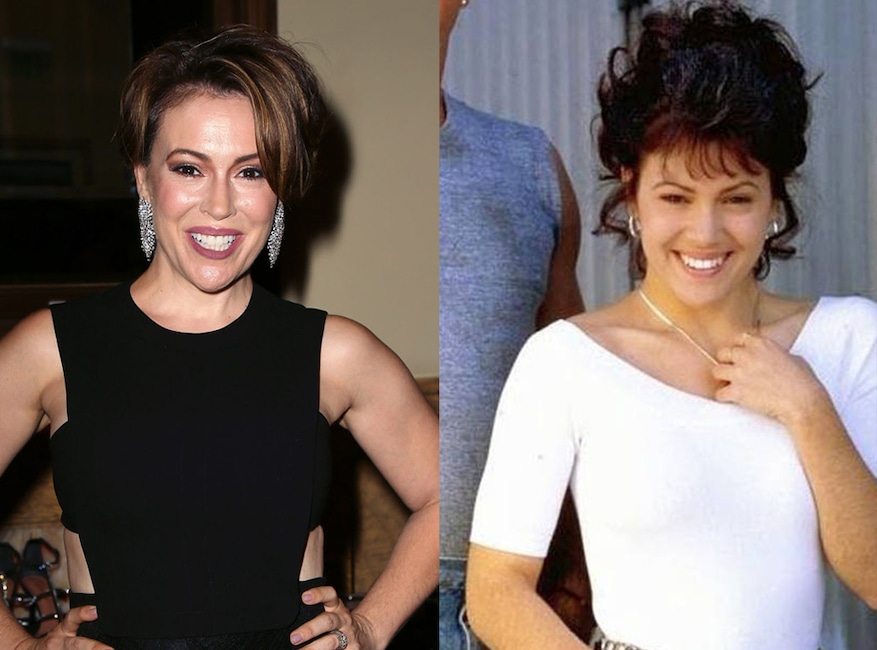 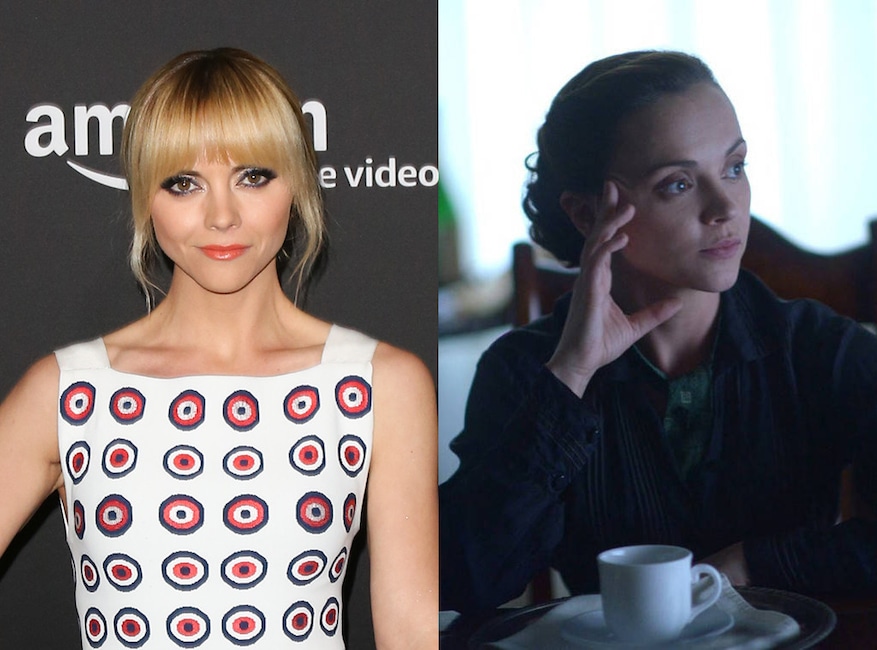 The child star grew up and suited up for the TV movie Lizzie Borden Took an Ax and the mini-series The Lizzie Borden Chronicles about the infamous woman who was accused of killing her father and stepmother with an ax in Fall River, Rhode Island in 1892.

The Act premieres March 20 on Hulu.