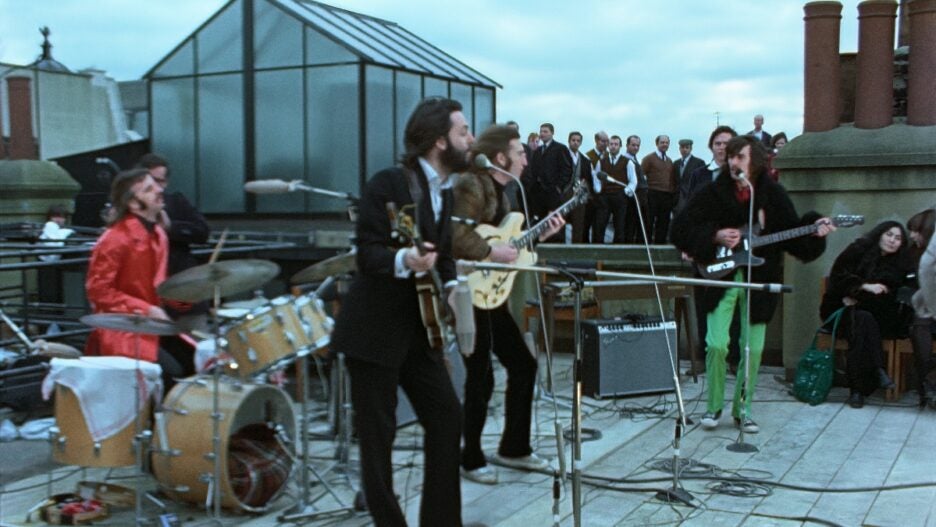 “The Beatles: Get Back” is all the rage at the moment, as Oscar-winning “Lord of the Rings” director Peter Jackson’s docuseries shines a new light on the most iconic band in history. But while many seem to be talking about “The Beatles: Get Back,” which features candid footage of Paul McCartney, John Lennon, George Harrison and Ringo Starr writing and performing their songs, even more may be wondering exactly where and how to watch this new series – and what, specifically, they’re getting into if they do.

Find out everything you need to know about “The Beatles: Get Back” below.

Where Is “The Beatles: Get Back” Streaming?

“The Beatles: Get Back” is exclusively streaming on Disney+. While the project originally began as a feature film, Peter Jackson decided to expand the documentary into a documentary series while editing, and thus Disney decided to release it in three parts on Disney+.

How Long Is “The Beatles: Get Back?”

If you’re interested in watching “Get Back” you’ll want to carve out a good chunk of time – or various smaller chunks of time. In total, the documentary series runtime is 468 minutes, or just under 8 hours in length. Part 1 is 157 minutes, Part 2 is 173 minutes and Part 3 is 138 minutes.

Is “The Beatles: Get Back” Real Footage?

Yes! “Get Back” is assembled from 60 hours of footage and even more hours of audio, all recorded in January 1969 during what were called the “Get Back Sessions” and what amounted to the writing and recording of what would be released as the final Beatles album, “Let It Be.” The original plan was for the band to write a new album and then perform it live in front of an audience, with the documentary crew capturing the writing and rehearsing. But tensions rise amongst the band, the location is changed, and the original plan is abandoned.

This footage was originally turned into the 80-minute 1970 film “Let It Be,” but Jackson’s docuseries includes far more footage and incidents that were not covered in that original movie – namely George Harrison briefly quitting the band.

What Beatles Songs Are Played in “The Beatles: Get Back?” 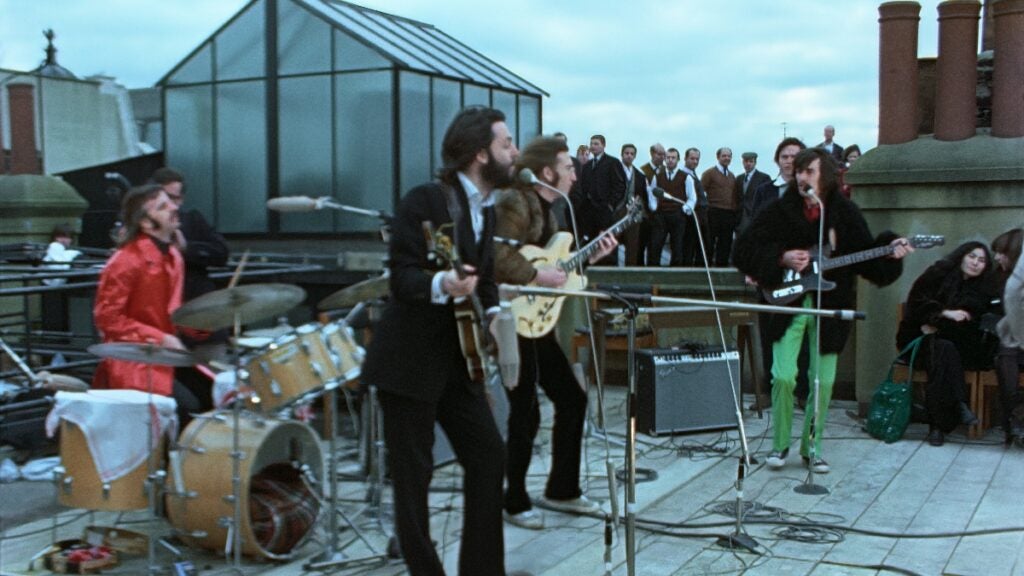 More than you can imagine. As mentioned, the docuseries covers the writing and recording sessions for the “Let It Be” album, so viewers bear witness to Paul McCartney working out the beginnings of “Get Back” and morphing it into a full song over the course of the series, in addition to other songs like “Let It Be,” “Don’t Let Me Down,” “Two of Us” and many more.

When Did The Beatles Break Up?

While the Beatles didn’t break up until 1970, “The Beatles: Get Back” lays bare the tensions that certainly led to the group’s demise, as individuals openly discuss how Paul and John aren’t writing much together anymore. And yet, Jackson’s documentary also shows how much fun the band had making music together. So while the “Get Back” footage doesn’t include their formal break up, the docuseries has a real “beginning of the end” vibe to it.

Watch the “Beatles: Get Back” Trailer 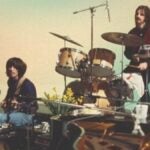