After Life took Netflix viewers by storm last year when it arrived on the streaming network. Although the sitcom contained creator Ricky Gervais’ iconic dark humour, it also had a lot of heart to it. Season two is due to be similar and this evening Ricky was on The Graham Norton Show to promote the new episodes.

During his interview this evening, Ricky was keen to discuss the dog on the show – Brandy.

Because of this, Tony garnered an unbreakable bond with Brandy and the show focusses a lot on him and his dog.

Appearing on The Graham Norton Show, Ricky showed off a video of Brandy licking Ricky between takes, to which he joked he took as “real emotion”. 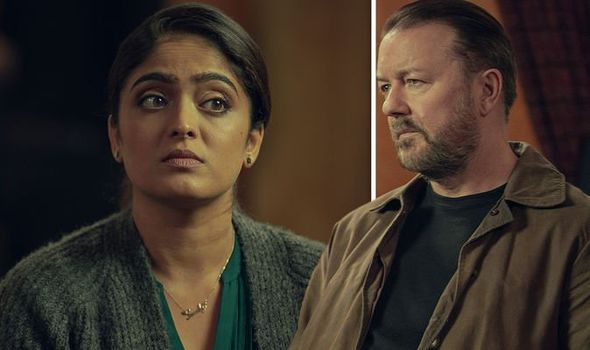 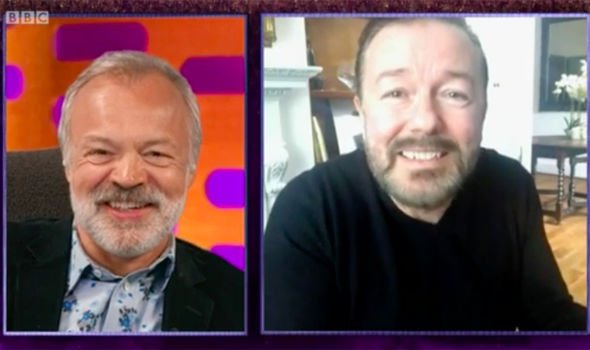 He went on to confess: “It’s so funny – when I said goodbye to the cast and crew on the last day we were hugging everyone – remember hugging?”

After joking with host Graham about the ongoing quarantine, Ricky continued: “But when I said goodbye to the dog, that’s when I nearly cried!”

Laughing in disbelief at his own story, Ricky continued to explain: “Because I was thinking: She doesn’t know why she’s not going to see me next week.

“We’ve been working together for so long… so I probably overestimated how sad the dog was to not be seeing me.” 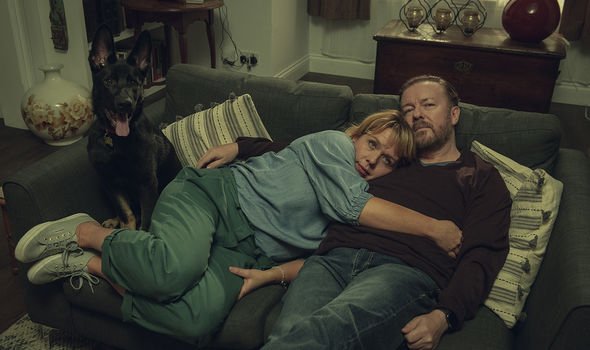 While leaving any dog in any situation is certainly sad, it is surprising Ricky explained he wanted to cry at seeing Brandy go.

Could this have been a slip up by the actor and creator about the dog’s character’s fate?

Season one of After Life saw Ricky’s character, Tony, learning to move on from losing his wife’s death.

A lot of this came from the help of his friends and family around him, and indeed his dog.

With so much emotionally relying on Brandy, could the sombre goodbye Ricky mentioned actually be a hint towards the end of Brandy’s time on the show?

Earlier in the interview, Ricky spoke about the incredible reaction he had from viewers.

He told of being stopped in the street by fans of the show who were eager to speak about their grief.

On the renewal of the show for a second season, Ricky explained the reaction was “heartwarming”.

He said: “I have never had a reaction like this before. It’s been insane. And heartwarming.

“But now I have to make sure the second season is even better.

“So I’ll probably have to work much harder than usual. Annoying really.”