I’m A Celebrity is on the fifth episode already, as the campers settle into their new home. And, last night, the jungle welcomed two newcomers ready to get stuck in.

Soap stars Andy Whyment and Cliff Parisi entered the Australian wilderness on Wednesday evening and viewers instantly took a liking to them.

Fans saw them become the first celebrity Outlaws in Ol’ Dingo Town, where the next few days of trials will be held, and it didn’t take long for the duo to provide some laughs.

They made an entertaining entrance dressed as cowboys, with Ant McPartlin and Dec Donnelly explaining that the Wild West had come to the jungle.

And, over on ITV Two’s Extra Camp, the hosts couldn’t get enough of them. 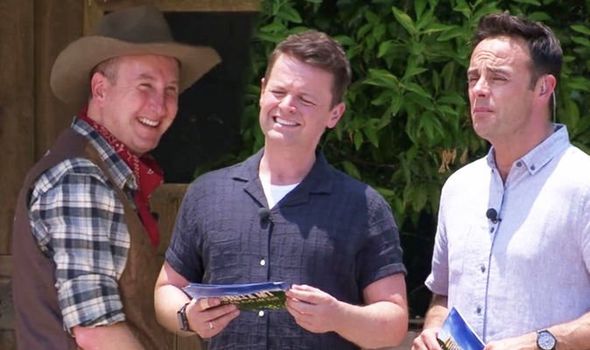 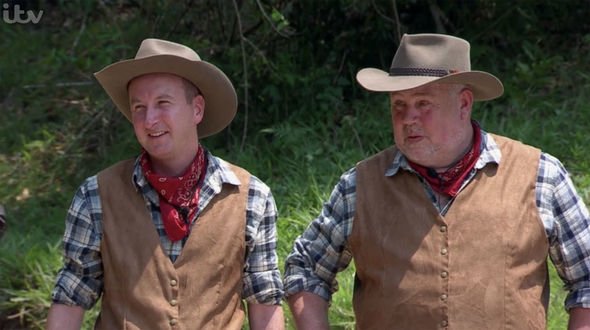 Ant and Dec joined the spin-off show’s hosts, Emily Atack, Joel Dommett and Adam Thomas in the outer jungle studio to gossip about the day and the contestants.

“Cliff and Andy, they were hilarious,” Emily giggled.

Ant and Dec both agreed: “I love them both!” Dec Donnelly said.

Ant couldn’t get enough of Andy’s laughing fits: “Andy laughing – he loves it, he loves the show. 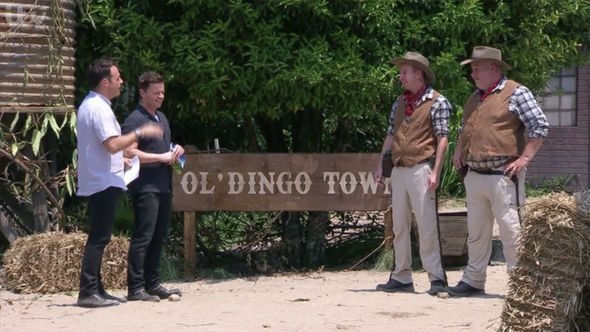 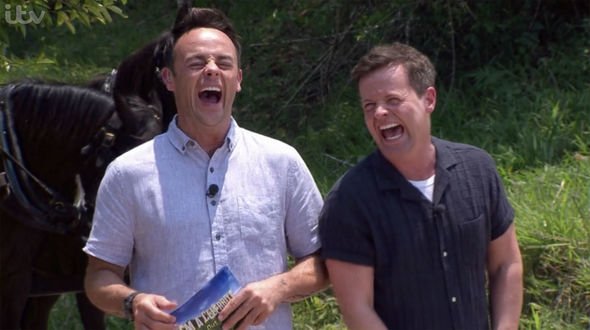 Emily confessed she thinks he’s going to “do well” in the jungle and the boys agreed.

“So do I actually he’s very likeable,” Ant nodded.

“He just seems like a lovely lad and he seems like he’s just pleased to be here, but it’ll probably wear off,” Dec laughed.

As the soap duo tackled what Ol’ Dingle Town had to offer, Andy couldn’t help but contain his excitement.

He admitted that he’d been a fan of I’m a Celeb since its first series, and his uncontrollable laughter soon rubbed off onto Ant and Dec, leaving them creased over in hysterics.

It’s safe to say, the Corrie star has already won over viewers.

One said: “Cliff and Andy are going to be my favourite duo I can tell #ImACeleb.”

“Oh my god I love Andy so much #ImACeleb,” another gushed.

A third quipped: “Petition for Andy to watch all trials from the sideline pls.”

Having won eight stars that means they boys were bringing home eight meals for camp, Andy and Cliff were then sent off to the Jungle Jailhouse, later joined by Kate Garraway and Andrew Maxwell.

I’m a Celebrity airs nightly at 9pm on ITV.