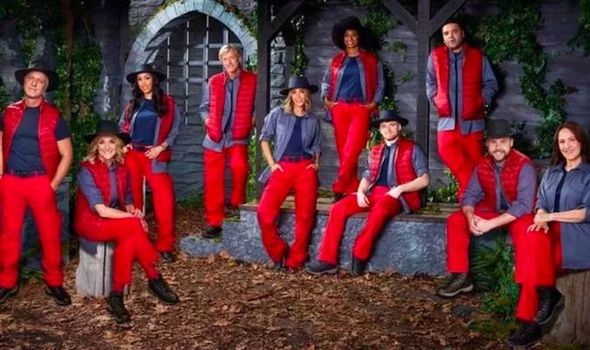 A best-of compilation from previous series replaced last night’s show and another will be aired at 9pm tonight, voiced by hosts Ant and Dec.

The celebrities have been removed from Gwrych Castle in north Wales and will return once the area is safe again.

Ant and Dec posted a video on their joint Instagram page. Ant said: “Hello and welcome to I’m A Celebrity…Get Me Out Of Here! live from my cottage kitchen.” Dec added: “This is the best we can do at the minute because we can’t get into the site, into the camp.”

Ant then joked that the highlight shows were “very good” and added: “How about we get a Saturday night’s takeaway and watch I’m A Celebrity on the telly tonight?”

It’s the latest in a string of mishaps to hit this year’s series. Last week, Express columnist Richard Madeley, 65, was forced to quit after just four days when he was rushed to hospital feeling ill hours after a Bushtucker Trial.

The broadcaster later said he was “gutted” he could not return to the castle and felt “fit as a fiddle”.

Normally filmed in an Australian rainforest, this is the second year the series has moved to Wales due to Covid travel restrictions. But ratings are down three million on last year.

A big cat was also feared to be prowling near the castle last week after large paw prints were found. Locals believe a puma may have been stalking in woodlands near Abergele.

Last night a spokesman said: “Owing to technical difficulties caused by extreme weather in the area, there will be no new episodes this weekend.”